You are here: Home / Books / Comics / The end of the trilogy: A review of Kick-Ass 3 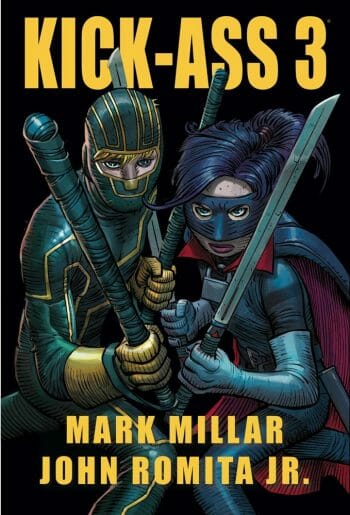 Perhaps you’ve seen the movies and are wondering what happens to Mark Millar’s Kick-Ass and Hit-Girl next?

Kick-Ass 3, which is co-authored by John Romita, has been out for a while now, first as comics, then as a hardback collection and more recently in softback.

The graphic novel feels different from the film. The heroes lack a bit of the polish they had before but then it’s quite nice to see the gang shown up as amateurs. It reminds us that they’re up against almost impossible odds as they take on organised crime and, increasingly, the system itself.

The drama begins with Hit-Girl locked up. Can Kick-Ass complete a rescue? Is he really capable of busting her out of jail? It seems like a stretch too far and Kick-Ass himself begins to loose confidence.

At the same time the criminals of the city get their act together, no longer caught out by the weirdness that is costumed heroes and do some serious damage. This is a Kick-Ass adventure so it comes as no surprise when people die.

The juggling act, as ever, comes from the humour. Half the time I’m totally up for Millar and Romita’s grubby and real jokes. The other half the time it feels like I’m not the intended audience for the comic and that’s incredibly off-putting.

What makes Kick-Ass 3 something special for me is the chance to see these great characters evolve, mature while worrying that the next day might be their last. I suppose Game of Thrones comparisons aren’t entirely out of order here.

The video below is a tour of the softback. It was made using Google+ and Auto-Awesome; this means a smartphone was used to snap the pictures, colour filters and effects have been applied.

My copy of Kick-Ass 3 was provided for review. The paperback is available from Amazon. Titan Books, Mark Millar and John Romita Jr, RRP £18.99.

The end of the trilogy: A review of Kick-Ass 3 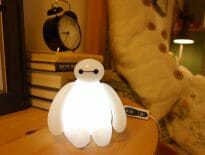 Cool Tech Can a bedside lamp be cute? 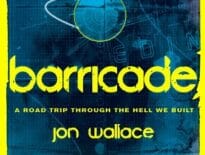