You are here: Home / Books / An exclusive extract from the Robot Overlords filming diaries 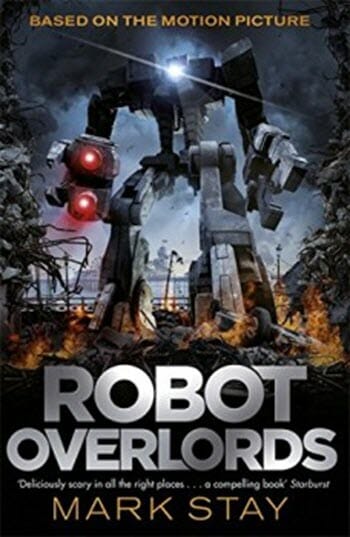 Robot Overlords is an independent British film due out this March and staring Gillian Anderson, Ben Kingsley and Callan McAuliffe. The movie follows a group of teenagers coping with the wake of a robot invasion of Earth. Mankind has been confined to their homes and no one knows what the robots want. Two things are known; robots never lie and they do not show mercy.

Mark Stay, the co-creator of Robots and the scriptwriter, has authored the official novel Robot Overlords. The book is published by Gollancz and is available in paperback and Kindle.

The book is suitable for readers 10 and over. Fan of Pacific Rim, Transformers or even Doctor Who? You’re the target group for the book.

Geek Native has exclusive access to this extract from Mark Stay’s filming diaries.

Smythe, on the ground, looking like a naughty boy

Today Christmas came early as I was allowed to see a very early rough cut of ROBOT OVERLORDS. There’s no way that the director and co-writer Jon Wright would normally want me to see the film so early in the process. He and editor Matt Platt-Mills have only been working on this for two weeks (out of a total of twelve before Jon delivers his cut). But there were things I needed to check for the novel and I was given special dispensation. Joining me were composer Christian Henson, Sound Designer Jeremy Price and Sound & Dubbing Mixer Dan Johnson.

We settled down to watch in a cramped room, on a relatively small 32” screen, so not the most ideal conditions. I’ve written plays and short films and seen what happens when something comes off the page and onto the stage or screen. Sometimes it’s magical, other times it can be crushingly depressing, and there are so many factors at play that even with the best will in the world things just don’t come together. Also, this was a happy set! Whenever I was there, people were smiling and productive and calm… which some will claim is the antithesis of great art, and can only lead to a dull film. Surely you need a Field Marshall like Michael Bay or the painstaking exactitude of a James Cameron screaming at you to make things happen?

That’s an interesting theory, but one that is, in my limited experience, complete bollocks. When you’re on a tight schedule and a limited budget, there’s no room for your mercurial genius thanks very much, we need someone who can deliver on schedule and to a budget. And that’s what so impressed me about Jon. Despite all the pressure to deliver, he was so prepared going in that he knew exactly what he wanted with each shot, and so there was no faffing about, but he was still able to draw out a spark of spontaneity each time. He got what he needed and moved on without a raised voice and minimum fuss.

But still… factors and all that. What if it didn’t hang together…?

The film is rough at this point. There are no VFX, a few Sound FX have been taken from old library CDs, and the score exists only as clips from other movies to give a sense of mood and tone. What also suddenly becomes apparent to me, is that the script – those 107 pages of text – is now dead. The film has to stand on its own two feet now like some newborn calf. No rewrites can fix things now, not without huge expense and reshoots.

Even in this rough diamond form what soon becomes patently clear is we have some outstanding performances and a rollicking adventure. It starts as this lo-fi indie movie shot on a hand-held camera, with subdued lighting and from there it gets bigger, and bigger, and bigger, and bigger. It’s quite extraordinary and I can’t think of another film to compare it to. On our budget we’re never going to be able to go toe-to-toe with the Marvel mega-blockbusters when it comes to crash-bang-wallop, but what we do have are characters that you’re going to love and thrill to see in action. There’s a moment towards the end that gave me a proper lump in my throat, and that’s the one thing I ask of a film: move me. Make me feel something, make me care. I think we do that in spades.

In the end I made few notes for the novel. Mostly cosmetic stuff; colours and textures, plus one or two line changes. My favourite note was from a scene where Sir Ben Kingsley’s character Mr Smythe is knocked to the ground. I tapped excitedly on my keyboard, ‘Smythe, on the ground, looking like a naughty boy.’ A little nugget like that is gold for a tie-in writer. One little image, gone in a flash, but one that can be explored on the page in a way that only books can do.

I’m very happy with the book as it’s becoming its own thing now, a companion to the film that will enhance the experience for you. Jon and I spent hours working on lines and ideas that, in the film, are often gone in the blink of an eye. In the book we can dwell on those ideas and words for a little longer, and when you next see the film it might show them in a different light. I really hope that people will watch this film more than once. There’s so much going on that it really will reward the viewer again and again.

I came out of the screening delighted and exhilarated. My companions were a little more boggled-eyed. After all, they are now at the foot of the mountain. Over the next year they’ll be adding music, sound effects, visual effects and the other sprinkles that make a film shine on the big screen. It’s not going to be easy for them, but it will be worth it in the end.

An exclusive extract from the Robot Overlords filming diaries 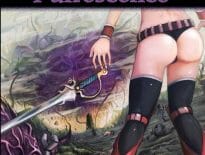 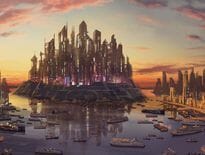