You are here: Home / Geek Stuff / Interviews / Explore inside the Neon Sanctum

Grenade Punch Games have just launched their Kickstarteer for the card-based cyberpunk RPG Neon Sanctum. You can read more about the campaign here, watch the pitch video below and scroll down for an interview that explores inside the game.

Can you give us a quick description to Neon Sanctum?

Neon Sanctum is a card based role-playing game set in a cyberpunk world.

Two hundred years ago humanity was on the edge of extinction at the hands of an aggressive AI army. Against all the odds, a group of ragtag men and women managed to perform the impossible and win the war in one devastating strike. Unfortunately winning the war came with consequences; huge swathes of the world became deadly to anyone who entered, cutting humanity off from its settlements. In an instant, humanity was both saved and condemned. Humanity survived, and those survivors built Neon City, a dystopian metropolis populated by powerful corporations, terrifying gangs and mutants. Outside of the city walls, the overgrown wastelands are filled with mutants and bandits, but also the lure of valuable ancient technology.

As for the game, it’s a role playing game with a difference – most RPGs provide players with character sheets to store their characters’ skills, items, life, experience etc, but Neon Sanctum uses cards to represent all these things. The cards are designed to be tactile, intuitive and immersive. They also allow us to do some really interesting things, such as the player losing skill cards when they take damage.

What type of roleplayers do you think would be a good match to the game?

The use of cards means that the game is really accessible for new players. The combination of evocative names and artwork make it easy for players to recognise what each card represents, even before they have read any rules.

As for veteran RPG players, I think we have a lot to offer them as well. Firstly, the game will probably be mechanically different to anything they have played before. Little things, such as the DM having a deck of NPCs on hand at all times, really help the game flow. We have worked really hard to make sure that while the game is more accessible, it hasn’t lost the depth of a normal RPG.

There seems to be more confident from publishers in using cards for RPGs. Why do you think this is? Why are cards the right choice for Neon Sanctum?

I think cards are more accessible and approachable for a player new to RPGs, or to a player new to the game. They’re attractive, and potentially allow for some crossover with the boardgame market. I think that Kickstarter has really helped here, in that it has allowed people to access to funds to make more niche products, and because of that the whole tabletop space is buzzing with new ideas and ways of playing.

What are the top three tips you would give to anyone looking to GM Neon Sanctum for the first time?

Last year you took the brave decision to write about how women are portrayed in video games. Has the GamerGate drama influenced Neon Sanctum at all?

That article is probably as much a reflection of my day job, as a videogame designer working on Elite Dangerous at Frontier developments. Gamergate was something that was on our minds a lot at the time, we all started looking at the work we were doing through that extra lens of gender representation. It was only natural that I’d start asking the same questions on Neon Sanctum and other RPGs. I was also trying to start blogging at the time as a way of letting people in on the design decisions behind Neon Sanctum.

As for influencing the game, we made sure to check that the artwork we were commissioning featured all kinds of people, so that everyone can have a character they connect with. We also recently decided to remove the gender section from our player card, because mechanically it has no impact in our game and it made the card cleaner.

Are their any artists and illustrators you would love to see contribute work to Neon Sanctum?

We’ve got a roster of artists we use all over the world for different kinds of artwork, and we’ve had brilliant feedback on the artwork so far. We have pieces from James Shields, Justin Wyatt, Oliver Harud, Brian Patterson and Liu, I’m really really happy with the artwork we have. There’s no-one else who springs to mind.

Your Kickstarter is now live. Why should Geek Native readers check it out?

Check out Neon Sanctum for a fun, accessible, immersive cyberpunk RPG with a difference!

NeonSanctum Thanks for the retweets Will!

Explore inside the Neon Sanctum 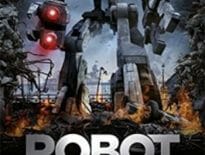 Books An exclusive extract from the Robot Overlords film… 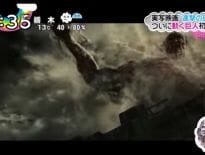