You are here: Home / Games / Tabletop & RPGs / From the Inkwell: Tech vs Magic – The Balance of Power 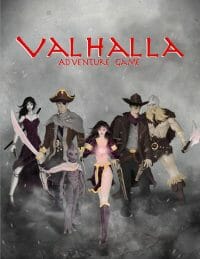 John W. Salvage runs Valhalla Productions, created the game Murder Made Marry, designed the Valhalla Adventure Game and writes fiction. In this From the Inkwell article John shares his thoughts on the tricky issue of getting the balance of power right between technology and magic. This is a struggle many game designers and GMs have faced.

The Valhalla RPG is one which lets gamers play characters from any time or place. Mashup characters are possible too with a shot-gun wielding Roman Centurion, a Gnome computer hacker and Aztec vampire being the first three examples suggested on the website.

Tech vs Magic – The Balance of Power

I first started writing the Valhalla Adventure Game about twenty-five years ago. When I started there were not many cross-genre games. I wanted to create a game where any character type was possible and would fully interact with other characters from any time or place. I wanted a world where magic users and aliens would interact alongside gunslingers and mythological creatures.

I knew from the start that the big problem would be reining in the power of modern and futuristic weaponry. There is a reason that people stopped dressing in full plate mail and carrying swords … bullets can go through plate mail and guns kill easier than swords. The problem was determining a legitimate way to keep melee weapons relevant in a game littered with high-powered plasma weapons and machine guns.

Magic stood as the great counterweight to technology. The power of magic could be so great that it might undermine all technology. While certainly more difficult to master than a handgun, magic had the potential of turning any character into a one-man army. A high-powered spell caster might be able to cause massive destruction to even the most advanced army. 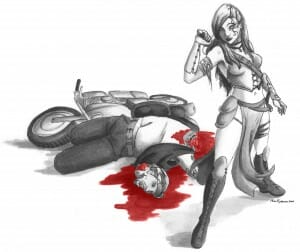 Even though I knew that each of these extremes could upset the balance of the game, the last thing I wanted to do was limit a character’s potential. I wanted the game to be based on infinite possibilities. Mages with pistols seemed like hot stuff when AD&D wouldn’t even allow a Mage to use a sword. Likewise, a cyborg casting spells seemed like a fun twist. How to limit these powers without completely muting them?

Eventually I came up with “Tech Zones” to fix this dilemma. The idea was that high-tech weapons and equipment would start to fail in low-tech areas while magic could be used almost effortlessly in low-tech areas, but would often fail in high-tech zones. There would always be a chance to hit, but that chance became slimmer the further the characters strayed from their own tech zones.

To my delight it had exactly the effect I wanted!

While test-playing with characters as they changed levels and gained experience in different tech zones, they began to take on skills and weapons that enabled them to operate in multiple tech zones. They might always prefer one over another, but that wouldn’t stop a World War II soldier from becoming skilled with a mace, or a Roman Centurion from picking up a handgun. They retained their own base elements, but evolved to fit the world they found themselves in. 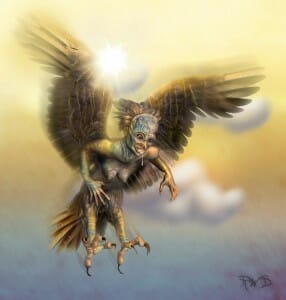 With the system in place, I decided to expand on it, creating a history of the planet where the Tech Zones came into being and created the “Great War.” This war is the quintessential event in Valhalla. It brought about the current socio-political environment, the tech zones, and the International Security League (INSL).

The Great War was a war fought about two hundred years before the current time period. This war pitted the Technophiles versus the Technophobes. The war was desperately fought on both sides. Battles were fought on every continent and virtually everyone lost friends or family during the dark days of that war. When peace finally came, the surviving powers decided to create the Tech Zones with a mixture of magic and technology so that no group could ever have an overwhelming edge over the other. With this as a cornerstone, peace has reigned (more or less) since then.

In a way this narrative colored every other thing I did with Valhalla. This key conflict between technology and magic morphed and reappeared in different ways. It can be seen in some nation’s outlawing of all firearms, as well as their distrust of medical doctors and magic users alike. Meanwhile, some high-tech nations use the power of mass production to create inexpensive melee weapons to arm anyone from brigands to hobgoblins to the Pharaoh’s army. The ultra-high-tech aliens have shut their borders completely for fear that others will learn the secrets of their technology. Magic use is on the rise. The knowledge of the Gnomes has begun to blend magic and technology, creating a steam-punk setting in the midst of Imperial England. Many other similar examples can be found at in Valhalla Crier.

All of this illustrates what I like best about role playing games. The outlet of one idea can branch out to include so much more, particularly when gaming with the same character over a long period of time. The richness of the character, the history that comes with him, and the vision of the player and GM all come together to enhance the playing experience.

Ultimately whether your character stands with magic or technology, if he is a technophobe or a technophile, or somewhere in between, it is really your imagination that turns the world. 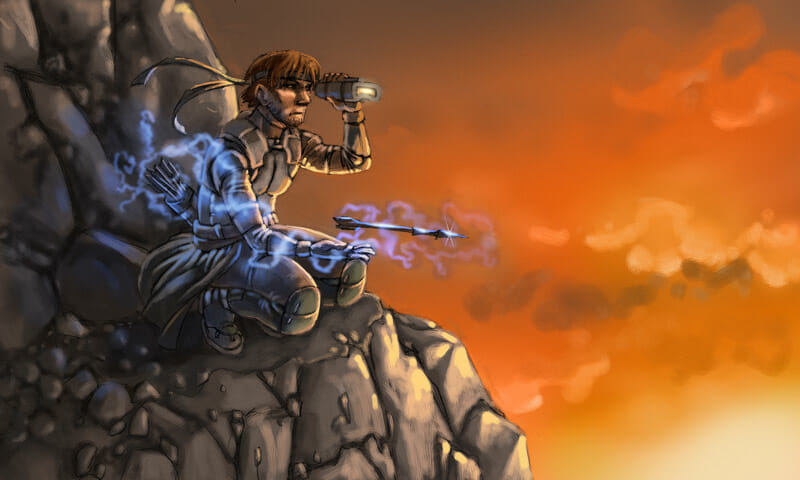 The Valhalla Adventure Game is available from DriveThruRPG as a PDF download, in softcover and as a hardcover.

From the Inkwell: Tech vs Magic – The Balance of Power 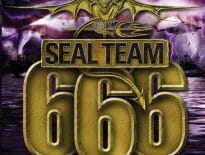 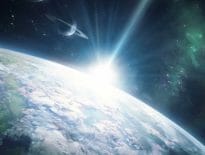