You are here: Home / Movies / Viewer discretion advised: A review of Exorcism 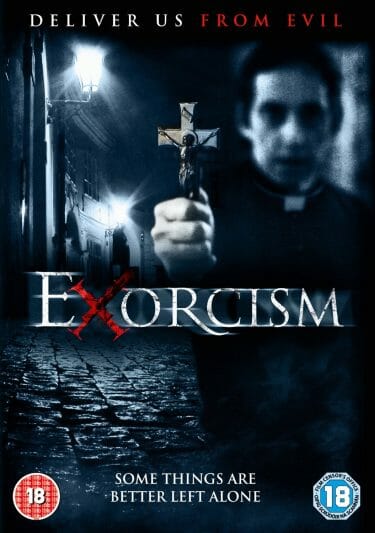 Exorcism is an 18-rated horror from director Lance Patrick and the actors and contributors Alex Rendall and Aisling Knight. The horror is a mashup of two common stories that combine to offer us something new. In one strand we’ve an exorcism gone wrong. In another strand we’ve behind-the-scenes footage of a movie being made.

In the movie Robert Davies is a young film-maker who’s researched and found a great location for his film. The in-movie movie is also called “Exorcism” and the abandoned house he has found to film in is rumoured to have been the location of a failed exorcism. Perfect for getting your young actors into character and setting the right mood, right? The legend states that a demon successfully possessed a young woman and that a priest went up against it and lost. No one knows what happened to either of them after that.

Following Robert and his team of aspiring stars is cameraman David. He’s there to capture all the behind-the-scenes footage that helps get extra value from movies, the special features, ads and the rest.

From the outset it’s pretty clear that there’s something wrong with the house. The drama escalates with an actress cutting her wrists, a crew member dying and I doubt any one would consider it a spoiler if I suggest the fictional exorcism takes an all too literal turn for the actors and crew.

Here’s a behind-the-scenes twist of my own. I am not the first from Geek Native’s roster of reviewers to watch Exorcist. As you can see, so far, I am the only reviewer who has successfully been able to review the title.

Our resident horror movie fan, Paul, was first to watch the flick so a review could be written. I checked in with him a few days before the review was due and received a surprising response. It went something like this;

That was quite an odd response. Paul’s not usually shy of things to say and tends to slide towards word-crafting when providing a critique. Importantly, Paul isn’t afraid of calling a spade a spade. I asked again and this time he managed something a bit like;

I’m not a huge fan of horror movies any more but it was clear to me I’d need to watch Exorcism and push in with a review of my own. The movie had had some sort of profound effect on Paul and I worried that he might now need some sort of exorcism of his own.

I anticipated a low budget horror, with plenty of blood splatter, nude scenes, actors lurching around and a tour of exorcism scenes. That’s exactly what I got.

Don’t get me wrong. If a mockbuster style, might-as-well-use-the-first-take, exorcism romp is not exactly what you want to watch it will likely be precisely what you want to avoid. If you’re not in the niche Exorcism is targeting then you’ll find yourself completely miss-matched with this movie. This is cult audience stuff. 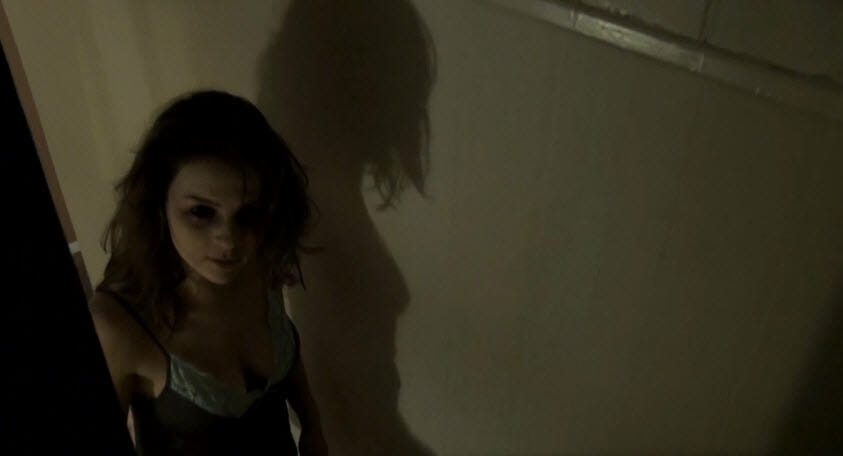 Exorcism’s trailer is a good summary of the drama. I’m not embedding the clip in the review as there’s nudity.

Once he had time to recover, Paul pointed out to me that you can see the actors reaching for the concealed blood bags whenever they were injured. He’s right. That’s exactly what type of movie Exorcism is. Those who enjoy this level of horror absolutely know what’s going on. It’s part of the charm.

The usual trick is not to watch alone and watch with plenty of alcohol. Exorcism is a movie that a group of friends will get through together by laughing at. Exorcism fights back by managing to get the scares and shocks in despite that group coping mechanism. This isn’t supposed to be about award winning acting. World of Darkness LARP level acting is about right. This is about the spectacle.

There’s one final twist. Exorcism is very fond of intertitle cards that explain key plot points. This could be considered an innovation but it’s a challenge to the rule of showing and not telling. I actually had to watch the last third of Exorcism again as I was following my own advice and watched it first time with company and with booze. We got talking and too many of the text cards slipped past. As Paul said; “Last time I saw that much text on screen, it was a silent movie”.

I found Exorcism to be quite a challenge. I was suspicious of it before I started to watch and that concern was justified. Equally, thinking back to when I’d claw through the horror movies hidden away on the shelves of the video rental store, I suspect Exorcism is the type of video I’d be happy with. I’ll never know for certain.

My research is done. I don’t need to re-read any of Exorcism’s explanatory text cards any more and Paul is recovering. If you’ve seen the movie it would be great to have your thoughts in the comments below.

Our copy of Exorcism was provided for review. It is released in the UK on January the 12th by 101 Films. 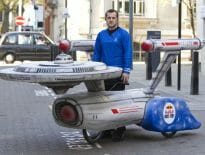 Geek Stuff That time the Starship Enterprise turned up at Red… 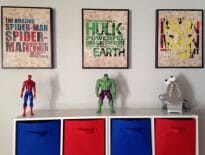