You are here: Home / Games / Tabletop & RPGs / There and Back Again: A Review of Rivendell

The One Ring is a fantastic Middle Earth-based roleplaying game, but there’s one caveat: the corebook only covers Wilderland, the region in which The Hobbit takes place. What happens if you and your game group want to have adventures in Eriador, where much of the actual Lord of the Rings epic happens?

Now, with Cubicle 7’s latest release, Rivendell, your group has that very chance. Rivendell is 144 pages of dense-yet-accessible background/setting material for everything west of the Misty Mountains, from the House of Elrond to Bree. Like the Wilderland sourcebook Heart of the Wild that preceeded it, Rivendell is chock-full of history, plot hooks, and in-depth looks at individual regions. Rivendell even includes a new adventure map (and a hexagonal, keyed version for the Loremaster) for fellowships to plot out their adventures here. 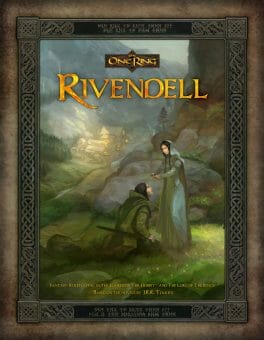 Jon Hodgson, Art Director for The One Ring product line, is a major reason why The One Ring and all its supplements are such beautiful books.

However, Rivendell is no mere “splatbook.” Since the The One Ring corebook is centered on Wilderland from the start, most of its character options and rules were already established in that book, leaving Heart of the Wild to add only flavor and a few new monsters. Rivendell, however, adds more game options to reflect the change of region. Notably, two new cultures are introduced: The Rangers of the North (complete with a hilarious sidebar noting that Aragorn is not a typical Ranger), and the Elves of Lorien. There are also expanded rules on the Shadow to reflect the harsher realities of adventuring during the years leading directly into the War of the Ring. For you particularly sadistic Loremasters out there, Rivendell has a handful of new monsters, chief amongst them the Ringwraiths and the Lord of the Nazgul. Thankfully, Rivendell has rules covering magic items, so your fellowship may have a fighting chance at defeating Angmar!

Rivendell continues the very high standard in production value that The One Ring and it’s previous supplements have. The art is gorgeous and evokes a style that is not only classic Tolkien-esque, but also unique in its own interpretation. The layout is clear and professional, and the pdf (which comes free with the hardcopy of the book, thanks to Cubicle 7’s participation in the Bricks and Mortar program) is appropriately bookmarked and easy enough to navigate. The writing continues to impress, being informative without being boring, colorful without being obtuse. There is the occasional typo, but nothing out of the ordinary.

When I originally reviewed The One Ring, I cited only the book’s inherent demand of expansion material as a potential downside. Rivendell, more than previous supplements, seems to realize this issue. Being aware of its existence, I can’t imagine running a One Ring game outside of Wilderland without it. If that irritates the frugal gamer in you, then the omissions and implications of Rivendell will be even more troubling. The Shire is not mentioned. There is virtually nothing about Gondor, Rohan, or Mordor. And if you’re looking for actual adventure material for Eriador, then you’ll have to wait for the next book, Ruins of the North. Though unannounced, it is all but certain that a campaign-level adventure for Eriador (similar to The Darkening of Mirkwood for Wilderland), is on the horizon, as well as several more years’ worth of books covering the areas not yet explored in the current line.

Still, though, when the worst complaint one can make about a game is “it’s so good, you’re going to want to buy everything for it,” then someone is doing something right. Rivendell is more of the same for The One Ring, and I mean that in the absolute best way.

My copy of The One Ring: Rivendell was provided for review.

There and Back Again: A Review of Rivendell 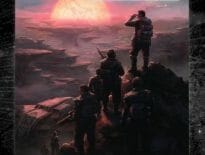 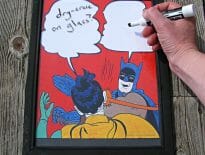