You are here: Home / Books / Audio EXP: Dragons and the Secret Service in your ear 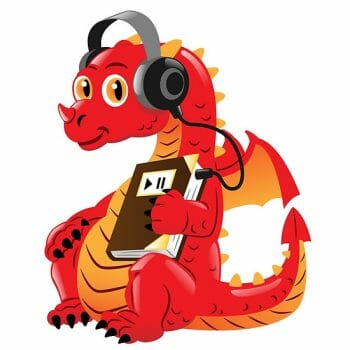 This is the first Audio EXP post in what will hopefully become a regular column (unlike Irregular Reconnaissance) for Geek Native. It’s a chance to sample and discover geeky audio goodies.

What does that mean? For a start we’ll be sharing clips of forthcoming and new audio books. Thanks to Audible for their help in sourcing some great samples this month. Now and then we’ll look at the audio files sites like DriveThruRPG offer. This month Megaton Games’ Dance of the Mystic Mountain is in the media player.

You’ll see Audio EXP’s dragon mascot with each post. His name is Dot Rar and has a store of his very own. I think he looks especially fetching as a throw pillow.

A fantasy by Rachel Aaron and narrated by Vikas Adam.

The first in the Heartstriker series.
Julius keeps quite, doesn’t cause trouble and stays out of the way of the larger dragons (the rest of the clan, in other words). His meekness doesn’t suit the ambitions of his family and his mother, Bethesda the Heartstriker, has decided that enough is enough.

Download at Audible US, Audible UK or in Kindle form at Amazon.

A sci-fi by Brandon Sanderson and narrated by Oliver Wyman.

From the author of Misborn and The Stormlight Archive.
Stephen Leeds, AKA “Legion”, is a man with a unique condition that means he can not only generate many different personalities but benefit from the hallucinatory entities’ range of skills. Legion (and his aspects) are hired by I3 to recover a corpse of a man who may have embedded something dangerous inside his own body.

Download at Audible US and Audible UK.
Pre-order the hardback at Amazon.

On the Imperium’s Secret Service

A sci-fi by Christopher G. Nuttal and narrated by Genvieve Bevier.

The first in the Imperium Cicernus series.
The Imperium is huge. It is a million worlds with trillions and trillions of humans and aliens. This empire is falling; drifting into chaos, revolution and cival war. Mariko and her sister were once independent shippers and pilots until a problem with the law resulted in them being jailed and enslaved. Their new master seems friendly enough… until they discover he works for the Imperial Intelligence.

Download at Audible US, Audible UK and on Kindle at Amazon. 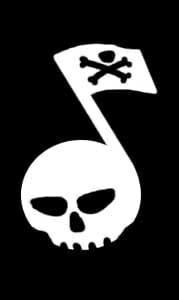 This is a single track, saved as an MP3, and which currently costs $1.00. The download is 01.38.
Dance of the Mystic Mountain begins strongly with an immediate thump. This is the sort of music that will make players look up and expect trouble. At about 15 seconds in, with the drums still going, the track takes an exotic turn. It reminds me of Arabian adventures but Megaton Games suggests any medieval-themed setting will do.

The track is %100 instrumental and finishes fairly suddenly, ending with a few quiet sounds. This is not something you could put on and repeat. This is an introduction piece. This is a track that heralds the start of something. I rather liked it.

Audio EXP: Dragons and the Secret Service in your ear 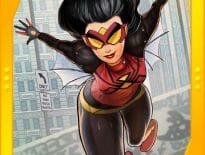 Comics At long last – Spider-Woman gets a new costu… 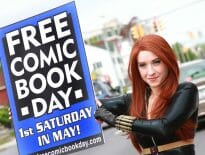