Christmas is a busy time of year and it can be quite stressful. That’s a shame. From its origins as a pagan festival, its co-opting by Christianity to the modern day combination of festive fun, shopping and a touch of religious respect where appropriate the day still has meaning to many people. That said; there are some Christmas traditions I’d recommend we put on the chopping block.

This PS4 video encapsulates the merriment drain of underwhelming Christmas presents perfectly. Bad jumpers must be common but what’s this about a stuffed rabbit?

I don’t want to be down on the whole holly, mistletoe and ivy lark – but, ick, ivy. Now mistletoe is associated with the Norse goddess Frigga and can be used to earn you smoochies. Holly was once believed to have magic power strong enough to protect your home from evil. Ivy? Ivy is just likely to give you a rash. 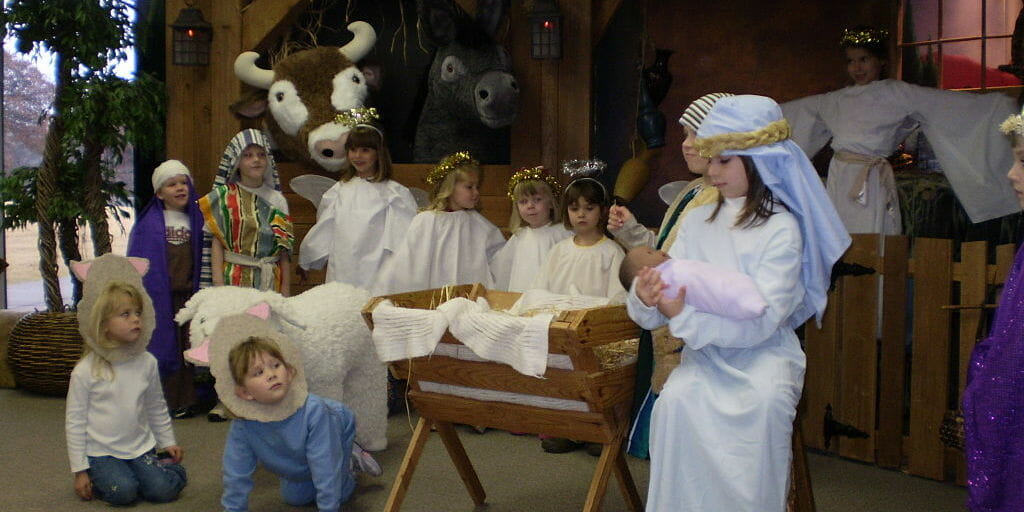 Is there something about Christmas that makes schools and teachers all competitive? There’s no need to whip the pupils into a state of Broadway like dedication. Nor is there any need to create a play so long, so clever, so detailed that the parents are stuck on tiny seats for far too long. While we’re talking about the parents – what’s with the jostling and elbowing in order to get photographs and videos for Facebook? Calm your pants.

What? The Catalonians have a weird Christmas tradition of putting a figure known as “Caganer” into their nativity scenes. Translated the name means “the shitter” and, yes, the model is usually a peasant with the Catalian red cap, trousers down, defecating.

You might have picked this up from watching anime but there’s a strange Japanese tradition (dating back to 1974 and an ad campaign) of going to eat at KFC on Christmas Eve. That’s right; Kentucky Fried Chicken. Surely the point of a visit to KFC is to predict when it won’t be busy. Don’t try and go when everyone else is rushing in.

Disclaimer: The video in this post is sponsored by PlayStation. It is an ad. The text, typos, silly Christmas tradition research and opinions are all mine. PlayStation had nothing to do with them. Put a Caganer in your nativity scene if you want.

Music On the spot jammin’ to Nintendo themes
💰 Copper Coins 💰 Geek Native is an affiliate and may earn commission on purchases you make from third-party sites.
🍪 Privacy & Cookies 🍪 The site uses cookies to survive. By accessing the site, you agree to use your browser to control cookie use or take 1d4-3 privacy damage (tracking). If you defeat cookies via ad blocking, please consider the Patreon. An intro to cookies, and how to control them, can be found here. I Manage Cookies