You are here: Home / Games / Tabletop & RPGs / One Review to Rule Them All: A Review of The One Ring 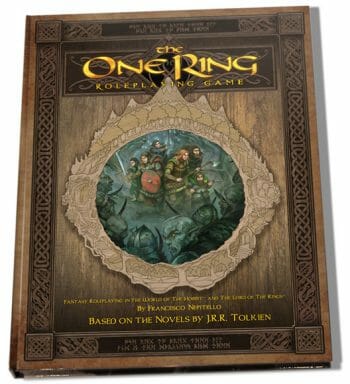 “It is the year 2946 of the Third Age, and the lands east of the Misty Mountains are astir. From the cloud-shrouded peaks above the High Pass to the spider-infested gloom of the forest of Mirkwood, paths long-deserted are trodden once again. Busy merchants carry their wares to new markets, messengers bring tidings from foreign realms, and kings send forth armed men to extend their influence and the rule of law. Some say that a new age of freedom has begun, a time for adventure and great deeds to reclaim glories lost in long centuries of oppression and decline.”

Thus begins The One Ring, the latest in a small but considerable lineage of roleplaying games based on J.R.R. Tolkien’s seminal work. Now more than ever, though, with the meteoric rise in popularity due largely to Peter Jackson’s films, the hobby needs a good Middle Earth roleplaying game.

And I am happy to report that The One Ring certainly delivers on that front. In fact, in a year full of great roleplaying games, The One Ring stands out as one of the very best.

Every facet of Tolkien’s epic is taken with great seriousness within the pages of The One Ring. A hefty book of over 300 pages, The One Ring is packed with some striking, evocative art that manages to capture the feel of the books while cleverly side-stepping any similarities to the movies. The layout is professional and highly-readable, and the writing takes cues from Tolkien’s work as surely as the setting material. The rules for combat and character creation read almost as if Tolkien himself had written them.

But the true reason that I consider The One Ring a spectacular roleplaying game is in its elegant marriage of the source material’s themes with playable, fun game mechanics. For example, all characters (or companions, as they’re called throughout the text) have a resource called Hope. Hope allows a companion to add one of his considerable attributes to the results of a skill roll. More often than not, this will turn failure into success. This represents the force of will and strength of character that many of Middle Earth’s greatest heroes have.

And the seductive power of the Shadow has its place in the mechanics, as well. Overly selfish or destructive actions will burden a character with Shadow points. Too many points and your character can go temporarily insane, allowing the GM (or Loremaster, as he’s called in-game) to further complicate matters at your expense. Each of The One Ring’s several classes (or callings) have a “Shadow Weakness,” a particular path to insanity that a wreckless hero can fall down.

A cursory analysis of The Lord of the Rings novels would expose two over-arching themes: the power of faithful companions and the journey across dangerous lands. Both of these concepts take center stage in The One Ring, as well. Your roleplaying group becomes a fellowship in a game of The One Ring. Your group chooses what their goal is…say, to reclaim a forgotten mine, or to rid Mirkwood of a particular spider menace…and you gain experience points based on steps taken towards that goal. Each companion also chooses another companion as his or her Fellowship Focus. Hope points spent towards the betterment of your focus are automatically refunded…but suffering caused by your focus can earn you Shadow points, as well. A Fellowship also has a common pool of “Fellowship Points,” which can be spent to replenish Hope on a one-to-one basis, but the group has to approve of your spending from this pool. You can still take Fellowship points without the group’s approval, but doing so earns you a Shadow point per point taken in this way.

Journeys, at first glance, seem complicated. The fellowship chooses a path through the included maps in the game. The Loremaster calculates mileage, than divides that mileage by the group’s rate of travel to determine time, then divides the time taken into a number of Endurance tests the party has to make over that time period. Every companion in the fellowship has a role, and these roles can provide bonuses and penalties to the Endurance rolls dependent on other skill uses. If the Eye of Sauron appears on one of these Endurance checks (an “11” on a 12-sided die, if you don’t want to spring for the fancy One Ring dice), the Loremaster improvises a Hazard encounter, the nature of which is informed by who rolled it (a lookout failing the roll may cause an ambush, while a scout failing the roll may result in getting lost and losing time).

This may all sound meta-gamey and complex, but when combined with the themes of the game, it all blends together into an easily-digestable blend. The warrior who pushes himself past his limits to protect his fellowship focus from an Orc attack, spending all his Hope to put the full power of his arm behind each swing of the sword. The repeated Endurance tests represent the rigors of travel, staying in the background until a Hazard comes up, and then the adventure continues. When the hobbit burglar manages to elude capture by the elves of Mirkwood, his dwarf companions may readily encourage him to use Fellowship points to replenish his Hope so that he has the competence necessary to rescue them all.

Combat in The One Ring, which according to the text “should happen every other session or so” (compare THAT to D&D!) is fast, dramatic, and intense. Each side goes after the other, and there are different rules for attacking and defending, as well as options for what stance you take and how aggresively you wish to attack your foes. Environmental advantages and other “+1’s and +2’s” in other games are represented with bonus dice each side generates at the beginning of every round, and are used as necessary to push an advantage or further protect your flanks.

All of this adds together to make The One Ring one of the most theme-centric roleplaying games I’ve ever seen, right up there with Star Wars: Edge of the Empire or Numenera in how each game keeps its mechanics close to its heart. This custom build does have its disadvantages, though, when it comes to reconciling that focused blend of theme and gameplay with your own gaming group. For The One Ring, the shadow cast by Tolkien’s lore is never far from your playing group. The text all but assumes your adventurers will cross paths with Beorn, Radagast the Brown, King Bard, and numerous others through the course of play. The corebook only covers the areas traveled by Bilbo and the dwarves within the pages of The Hobbit, meaning that supplements covering the other locales of Middle Earth are going to be all but unavoidable for extended campaigns. The One Ring is not a game where the serial numbers file off very easily; those excellent mechanics come with baggage.

But oh, what beautiful baggage it is. With as heavily loaded as the corebook is, no one should be able to argue they didn’t get their money’s worth, and if the quality found in this book is also the standard for supplements, then no fan of this game should have a problem being on board. The One Ring is not a world you create; it’s a world you and your friends explore, together, within this game. That’s not to say the Loremaster and his players aren’t going to add to the lore at all…far from it…but The One Ring is a game made for Middle Earth, and the more one loves Tolkien’s world, the more one will love this game, too.

But even if you aren’t that crazy about The Hobbit or The Lord of the Rings, you should at least give The One Ring a look. It’s a game of such quality that it could just make you change your mind.

My copy of The One Ring Roleplaying Game was provided for review. The RPG is published by Cubicle 7.

Fantastic review of the game.  Now, if I could only find players, hehe.

One Review to Rule Them All: A Review of The One Ring 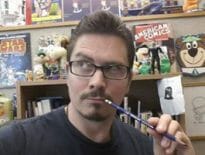 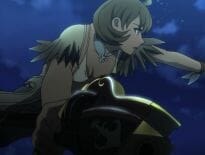