You are here: Home / Games / Console / Will we find winter warmth in The Dark Below? 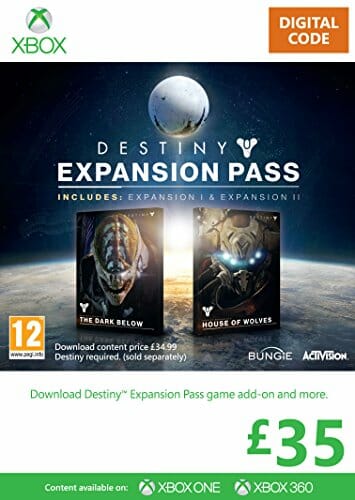 The game is dividing opinion and I find myself agreeing with points made by both sides. Destiny is both remarkable and evolutionary step while falling disappointingly short of the heights it could have reached and prone to being repetitive.

The proof is in the pudding, or should that be in the pizza, and I find myself switching on the Xbox 360 more than I have in months just to play the game and catch up with clan mates.

The multi-player aspect of Destiny is one that I still find particularly interesting. I wonder whether the camaraderie of defending Earth from the alien siege might be a good way to combat weather bombs and the dark horrors of winter.

The weekend after the first downloadable content for the game came out some members of The Curse of 400 to 10nm met up to rally for the light one more time. On this side of the cyber-divide we had pizzas (and paper napkins) supplied by Domino’s to keep us warm and fuelled, we had KontrolFreek game controller enhancements to test and a Warlock in need of her first piece of Exotic Equipment. I’m not a skillful Destiny player and my main goal was to ensure my Titan didn’t blow himself up with a grenade. I was more confident of being able to dominate the pizza delivery than the battlefield.

The first thing to note is that if you’ve not played Destiny for a while then you’ll have a lot of downloads to get through. We’ve a second xbox 360 in the tiny flat just for gatherings like this, it hadn’t spun the Destiny disc in a while, and had to install gigs of patches before The Dark Below was ready. This includes the 1.0.3 patch which makes significant changes to the resources economy of the game. The downloads took a while. In this case I don’t think Virgin Media was to blame as everything else was running fast. They hit us with slow YouTube too often but I’ve never encountered game traffic shaping before.

The extra sting in the tail came when I tried to play. I had bought the Season Pass. I expected to get straight into The Dark Below. It didn’t happen. I blame DRM. I’d bought Season Pass on the main xbox but for this get-together I wasn’t using the machine. I was using the second device and it made me buy the DLC separately. What a pain. In effect I’ve paid for it twice. Is The Dark Below machine locked to just one xbox console? I think so.

The downloads gave us time to fit the KontrolFreek extensions to the pad I was using. I picked an old Xbox 360 controller for this where my fingernails had already made their mark on the joysticks. I’m glad I did. Fitting the extensions required a bit more dexterity than I have and I’m pretty sure I gouged even more scars into the joystick padding. 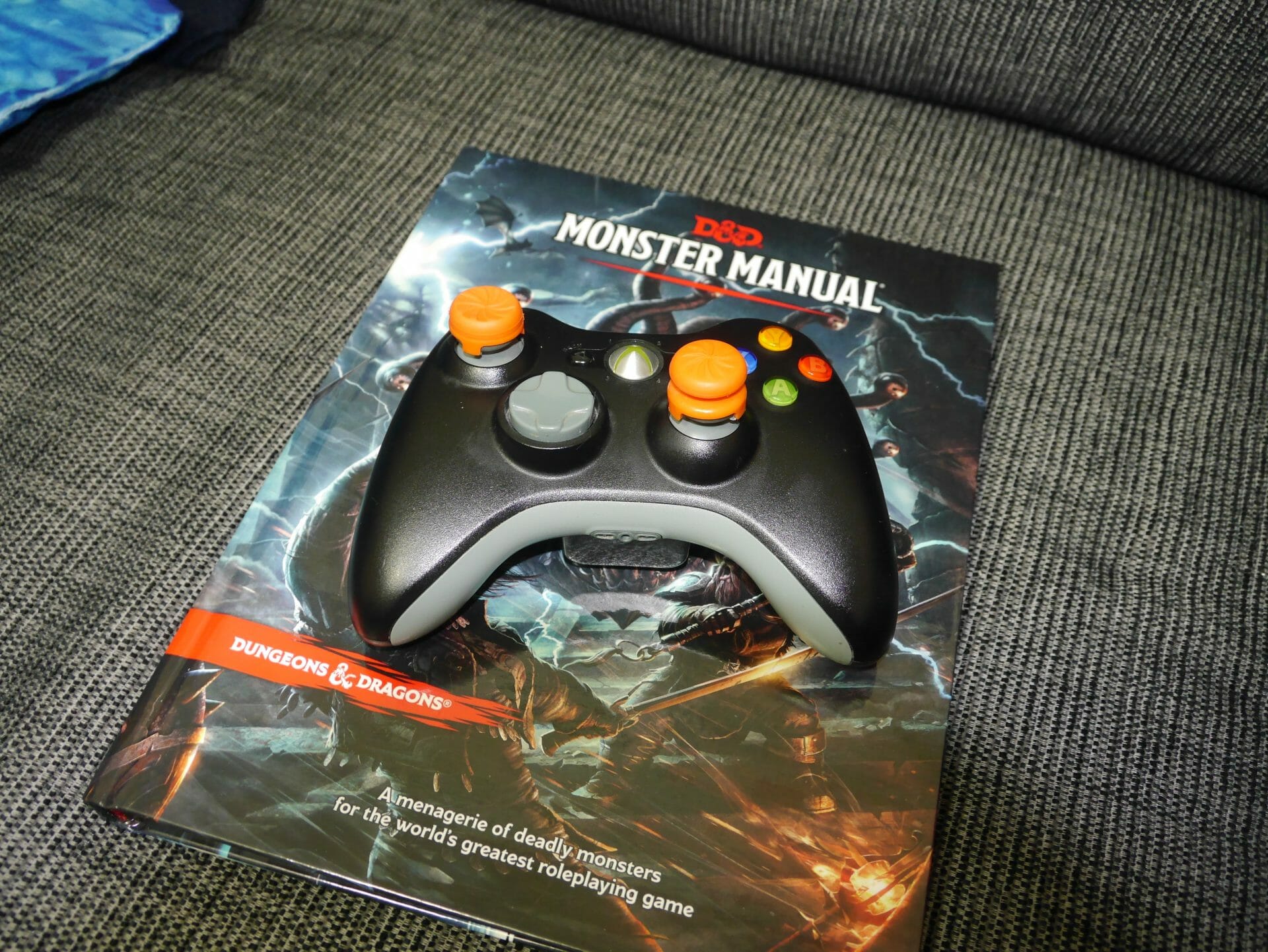 The point of the KontrolFreek extensions are too make the joysticks taller. They certainly do. The taller sticks are supposed to give you more control. I snipe a lot in Destiny with my Icebreaker exotic rifle and I noticed the impact KontrolFreek had. It was easier to move the rare sniper rifle’s in smaller, smoother, increments. This is what you need while lining up a headshot.

The Dark Below certainly makes an impact. I’ve done two stages in a story mission after this weekend. They were both short but brutal. Thankfully there’s some gifts before you set off in the form of ascendant shards and energy and benefited from a much needed upgrade.

I’m using brutal to describe The Dark Below because you’ll notice how much tougher the Darkness forces are. They’re individually harder, more aggressive and come in greater number. You can now stumble into a well shielded Fallen Captain having a fight with a sword wielding Hive. That requires you to pay attention.

I also like the visual changes The Dark Below and all the recent updates bring to the game. You can see where fortifications have been put up. There’s more colour. It feels like this is a living world.

If the key question is whether The Dark Below could be our warm winter retreat then I fear the answer may be no. I’m not yet convinced there’s either enough new material to last six weeks and nor have I seen evidence that the changes tackle the repetitive problems the game faces. 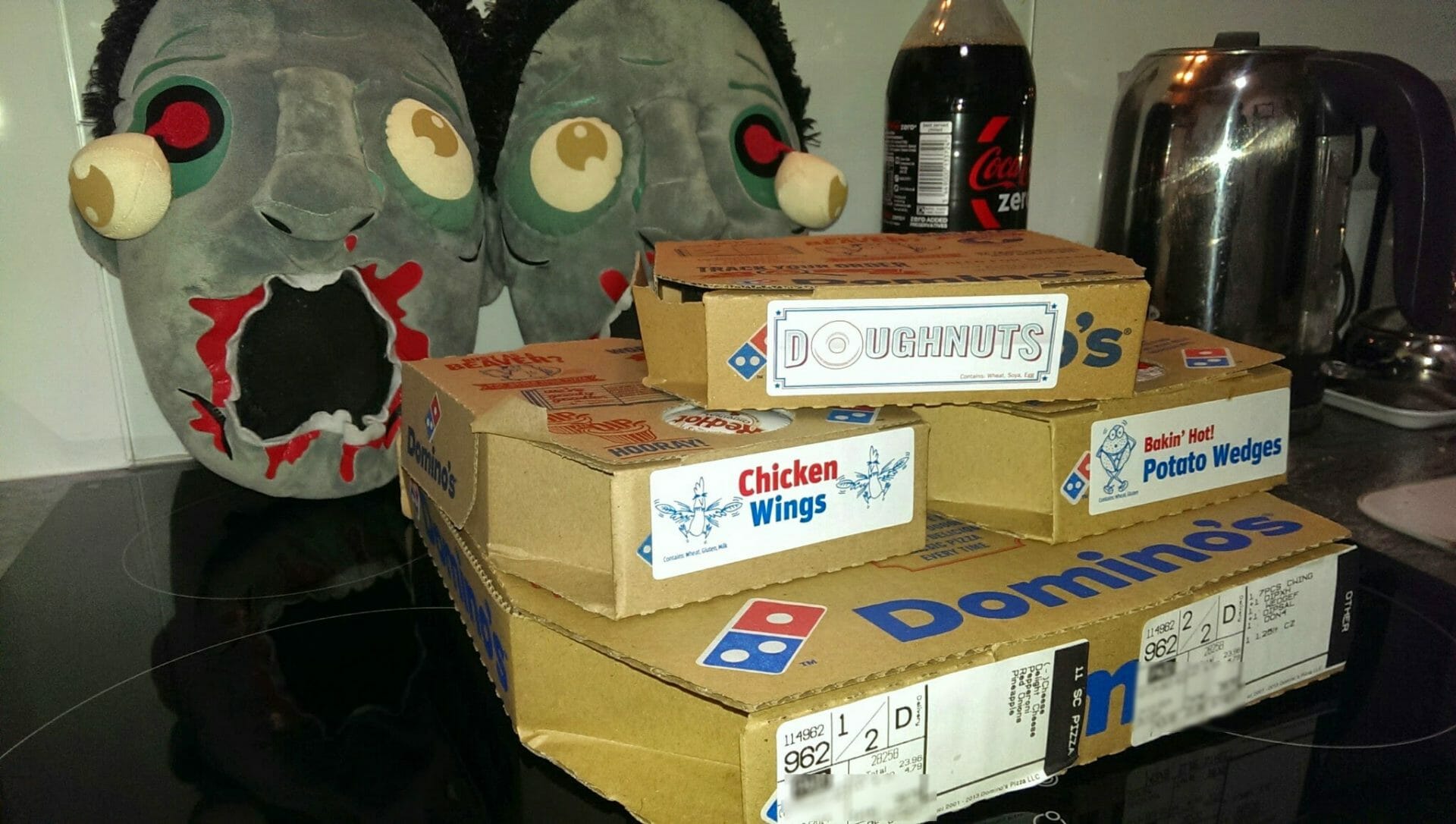 What The Dark Below certainly has done is made the game feel more social. Between missions we went back to The Tower for pizza. That’s to say when the Dominos arrived (mini doughnuts being the fan favourite) that rather than quit the game and lose contact with those we were playing with online that we retired to the social area. Those of us on Kinects could still chat. I’d been using a set of Turtle Beach Ear Force on the spare xbox, without the Kinect, and the headset is great for Destiny but needs to come off for food. While the social elements are nice I think Bungie still has more work to do. I think the winter warmth will more likely come from the pizza than the game. Just to be sure; I’ll do both.

What could Bungie do? I think they should look to tabletop roleplaying games for inspiration.

Let’s make a start with wandering monsters. In Destiny terms we know where the spawn points are, where the big battles are and where mild skirmishes are. Every now and then the Darkness should put on a show of force that’s not quite a Public Event and something unexpected and difficult should happen.

Secondly, let’s see the factions do something interesting. Let’s give the players a better reason to get involved and to care. Politics, espionage or even conflict would be good.

I think a new area might be a shortcut to this. A new area that’s far more open (perhaps along the shore in Earth) in which players who don’t fancy the PvP of the Crucible but want to roam with random PvE can visit. Imagine if this area also produced various items; like helium filaments, spinmetal or spirit bloom.

Lastly, and this is a biggie, what if the spaceship cut scenes became interactive? What if it took a degree of skill to fly? You could have future locations, planets, that required some pretty active asteroid dodging whereas returning to Earth would be so easy you might only need to nudge the controller every now and then.

What would you change?

Please Note: Our KontrolFeeks were provided for review. You can read more about their science on the official site. Also, (most) of our pizzas were also provided by Dominos who stay in touch with gamer culture and write up posts like The Ultimate Gift Guide for Gamers. Our Warlock leveled up but still needs exotic loot.

Will we find winter warmth in The Dark Below? 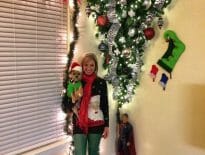 Geek Stuff Superman shows this Christmas tree who the boss is… 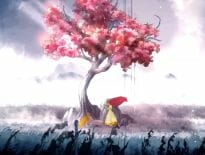