You are here: Home / TV / Crisis with Gillian Anderson coming to Watch UKTV in 2015

Watch will be premièring the TV show Crisis on January 2nd. The American show features Gillian Anderson, Dermot Mulroney (New Girl) and Rachael Taylor (666 Park Avenue, Charlie’s Angels) in a drama that unfolds after the abduction of the president’s son along with a coach load of children.

What would you do to ensure your child’s safe return? This seems to be the central question as a vengeful but oddly vulnerable mastermind now has some of America’s most influential parents at his mercy.

Having watched the first episode I think Crisis is worth a watch; especially if you’re lucky enough to be bored during the holidays. My non-Tivo Virgin Media V+ box lets me schedule recordings for the week ahead. If I find myself flicking through the planner menu after Boxing Day then I’ll be popping this onto series record.

This won’t be a long show. NBC was the channel running the thriller in the States and they’ve cancelled it already – midway through the first season. We know that just because an American network cancels a show is no indicator as to whether a British audience will like it or not. There are 13 episodes and a two-hour series finale.

Lance Gross’ character, a Special Service Agent called Marcus Findley, is particularly fun. He has a bad first day. I suspect there’s the chance for him to combine Die Hard and 24. Gillian Anderson’s powerful CEO feels like she will become even more significant later on but is already central. This is a strong performance from Anderson as well. It’s actually Dermot Mulroney who wins the opening episode for me, though, and that’s no small achievement.

If you’re tempted then tune in to Watch at 9pm on Friday, starting from January 2nd and let us know what you make of the series in the comments below.

Crisis with Gillian Anderson coming to Watch UKTV in 2015 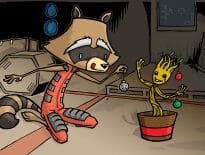 Art Have a Groot Christmas 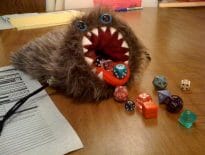