You are here: Home / Games / Tabletop & RPGs / Ad Nauseum: A Review of the Kromore RPG

Tired of new role playing games trying to reinvent the genre with modern design concepts? Are you frustrated with role playing games that are trying to bring the hobby in new directions, or modernized for contemporary audiences? Well, have I got a game for you. The Kromore Role-playing Game feels like a game that wilfully and stubbornly has ignored the past decade or two of tabletop roleplaying innovation, and has instead chosen to grind out a game that looks, feels, and smells like it’s straight out of the 90’s. 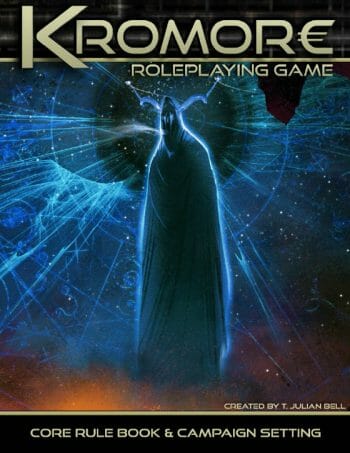 Just about everything within the pages of this game feels like a rehash of older games, with slight variations that feel like they were made more to avoid a lawsuit than out of any desire to innovate. The basic mechanic revolves around rolling a number of d4’s…because d6’s and d10’s are so blase…equal to your character’s attribute, adding to your total for a relevant skill, and comparing against a difficulty number. Combat uses a three-action system where everything you do requires one, two, or all three of your actions. Damage is tracked using “Life Points.” Characters can re-roll, inflict maximum damage, or do other hero stuff by spending “Heroic Action Points.” Characters can gain abilities that they can use for free over the course of play. These are called “Free Abilities.”

But boring mechanics can be forgiven for interesting setting, right? They can, but unfortunately Kromore doesn’t have any innovation in that department, either. Kromore makes a big deal about the various different eras of time a group can have adventures in. Conveniently, the world has gone through all the major time periods we geeks love: a medieval-ish fantasy period, a steampunk period, a funky sci-fi period, a Renaissance period, all that good stuff. There are six different races, each one reading like background material for staff writers on Star Trek. Here’s the nomadic, tribal race. Here’s an artificial race of robots-but-not-robot metal people (called, amazingly, “Metal Men,” a name as bland as it is politically incorrect). There’s even a race so boring they don’t even get a stereotype, just red skin.

Though there are no true saving graces to the Kromore RPG, the layout and design work is at least competently done. It is oddly comforting to my old grognard ways to read a roleplaying game with a lengthy discourse on what a roleplaying game is and how to play it, followed by hundreds of pages of character creation rules, skill and special ability descriptions, before getting into the 100+ pages about the game’s setting. Even here, however, Kromore refuses to be interesting. Although there is some great promotional artwork to be found on the game’s website and DriveThru page, most of the stuff that actually fills the pages of the book is, at its best, amateurish. The aforementioned six races, in particular, look as exciting as they read.

The best thing I can say about Kromore is this: had this game come out in 2004…or, better yet, 1994…it would have been mildly interesting. It’s hard to believe that anyone other than the most sheltered, wet-behind-the-ears newb to roleplaying games would find anything compelling here. It hurts me, as an avid fan of the hobby, to put down anyone’s hard work and dedication to an RPG. But Kromore represents something I didn’t even know still existed in 2014…the by-the-numbers, play-it-safe, generic brand tabletop RPG. Kromore is brand X. It’s the kind of game you’d expect characters in a movie to play if the filmmakers didn’t want to secure copyright usage. It’s the game your clueless grandparent buys you while all your friends are pouring over Cortex Plus, Fate Core, or Dungeons & Dragons. Kromore is the kind of RPG a rabid, indie storygaming enthusiast would hold up as example of what they don’t like.

I would strongly advise you to avoid Kromore, but chances are you’ve already read it, hundreds of times.

My copy of the Kromore Roleplaying Game has been provided free for this review.

Ad Nauseum: A Review of the Kromore RPG 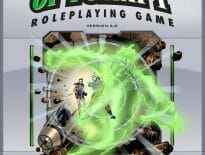 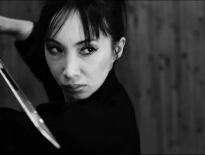