You are here: Home / Books / Retro-tech and xenomorphs: The Art of Alien – Isolation 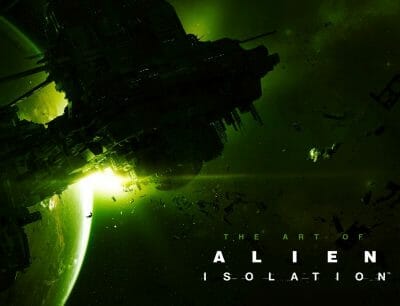 The Art of Alien: Isolation

Set in 2137, that’s 15 years after Alien, the first-person survival horror Alien: Isolation is kind of a big deal. This is one of those games that begin to merge with the movie experience. The BBC featured it and the team’s approach to the creativity on the project. The interview included a chat with Sigourney Weaver who plays Ellen Ripley in the game and in the movies.

The game, by Sega for Windows, PlayStation 3, PlayStation 4, Xbox 360 and Xbox One, oozes atmosphere. Writers include Dan Abnett. Abnett is the man who sparked the renewed interest in Guardians of the Galaxy.

No wonder there are plenty of fans.

Titan Books has a high-end art book from the game with over 300 images. At the helm of the project is veteran Andy McVittie who’s worked on similar projects for games like the Art of Assassin’s Creed III and The Art of Watch Dogs.

One immediate difference is the orientation of the book. While Titan’s art books always tend to be glorious hardbacks The Art of Alien: Isolation is in landscape rather than portrait. This gives you lovely long pages to flick through.

While there are pictures of the xenomorph alien here this isn’t a horror show. The art instead features on the world and the technology. The chapter design is logical (characters, environment, weapons, etc). Given the landscape orientation there’s some very clean styles where a number of pictures share a page together. It’s almost tempting to describe some pages as Tumblr like in design. That would be a good thing.

I suspect the renders of Sevastopol and the weapon designs will appeal to gamers most of all. The weapon section is pretty handy as a manual. My favourite are the environment designs. They’re moody while managing to convey the same “retro-tech” we might now associate with Alien and which Creative Assembly worked has to keep in the game.

There are plenty of Alien: Isolation fans and I think all of them will hold the art in the game in high regard. As a result this book is well timed to be a perfect Christmas present. It feels like a collectible edition. It’s full of high quality designs.

Overall? I’ve watched people play the game – and it was scary. The Art of Alien: Isolation isn’t scary; it’s lovely. It is a delight to flick carefully through masterfully illustrated pages. This is the only time I’m pleased to see a xenomorph turn up.

The video tour below was created in Google+’s Auto Awesome; it applies colour filters, a shake and weird music.

My copy of The Art of Alien: Isolation was provided for review. Published by Titan Books, Andy McVittie, RRP £29.99.

Retro-tech and xenomorphs: The Art of Alien – Isolation 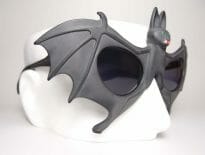 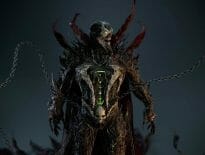