Lots of geeky sites happy with today’s news that Frank Darabont has been giving the go-ahead to film a pilot episode of The Walking Dead.

The Walking Dead is a well respected comic from Robert Kirkman. It’s one of those smart zombie page-turns that focuses on the human challenges rather than the pesky not-dead-enough bodies. It follows cop Rick Grimes as he looks for a safe place for his family to live in the wake of a zombie apocalypse.

The people putting up the money are AMC. Hopefully, hope-beyond-hope, not only will the pilot fly but it’ll make its way to UK TV.

Darabont, by the way, was some of the key talent in The Shawshank Redemption and the Green Mile. 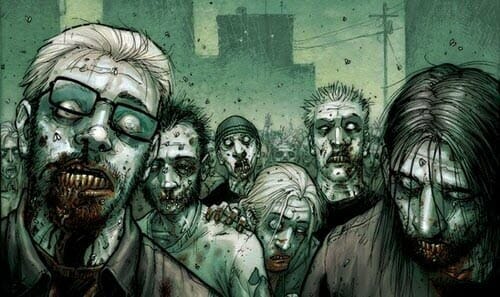 Joel Stillerman, from AMC, was happy to speak highly of the comic, Frank and the concept to press.

“This is not about zombies popping out of closets. This is a story about survival, and the dynamics of what happens when a group is forced to survive under these circumstances. The world (in ‘Walking Dead’) is portrayed in a smart, sophisticated way. We’ve got an audience that loves this kind of material.

“Frank understands the material 100 percent. It’s always been shocking to me, doing Hollywood meetings over the years, just how easy it is for someone to come in to the meeting and say something like, “We want the zombies to have super powers.” Knowing that, I’m really excited about it, because from my discussions with Frank, he likes the right things about “Walking Dead.”

I’ve told Frank flat-out that I do not want him to follow the comic to the detriment of the show. I encourage him to veer off if he has something that will work really well on TV that wouldn’t work in a comic. I don’t want people who enjoy the comic to be watching the TV show and going, “Oh, this is leading to that one thing I already know about from the comic.”

I think it will be 100-percent true to the tone of the series, but at the same time it will be an entertaining, secondary way of experiencing “The Walking Dead” in a completely different light, so I’m excited.” 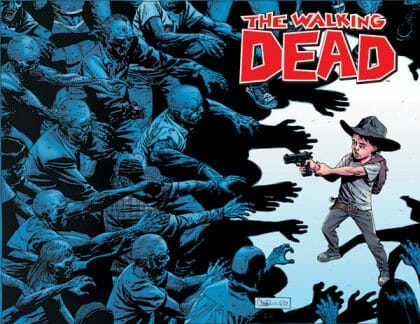