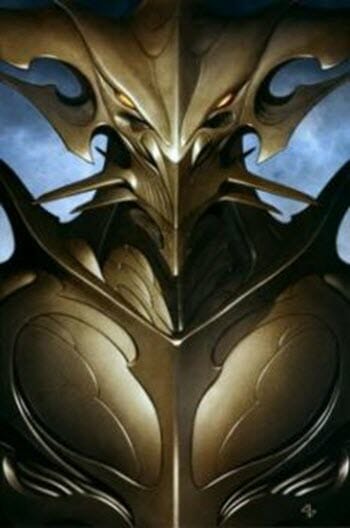 Fin Fang Foom is an alien from the world of Kakaranthara (aka Maklu IV). He, and fellow alien dragons, set out to find worlds to conquer and landed in ancient China. Unlike his colleagues, Foom entered a state of hibernation.

The suggestion is that these dragon-like aliens are responsible for much of the Chinese dragon myths. He appeared first in 1961 and was created by the duo of Jack Kirby and Stan Lee during Marvel’s “let’s experiment with monsters” phase.

As it happens it’s Iron Man who often ends up having to sort out Fin Fang Foom – not because the alien dragon is always hostile; the telepath alien seems awfully prone to being forced into rampages.

Ever since catching sight of a giant green screen – an alien dragon sized green screen – for the Iron Man 2 filming there’s be rumours that Fin Fang Foom would appear in the movie.

Would you fancy that? An alien dragon fighting Iron Man? Some of the die hard fans might get it but I suspect the casual viewers would be put off.

However; it turns out that the alien dragon won’t be getting much of a look in He’s actually something of an Easter Egg; appearing only on a billboard that Iron Man zooms past. According to Adi it was Favreau’s idea;

This was my design for Fin Fang Foom for the Iron Man Viva Las Vegas book I was doing with Jon Favreau. But this image in particular was done for the IM movie and used as a billboard in one of the scenes where Iron Man flies past it. It’s very quick, but Jon wanted to have a kind of a cool easter egg in there.

Still; there’s always the possibility of Iron Man versus alien dragon in the third film. What do you think?

(via Super Robot Mayhem and ComicVine) 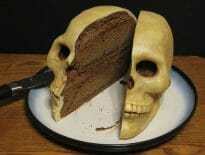