You are here: Home / Games / Tabletop & RPGs / A look inside: Symbaroum

Symbaroum is a Swedish tabletop RPG from Järnringen. The game’s graphic designer took to Reddit to share images from the full colour hardback. I don’t blame them. It looks gorgeous! 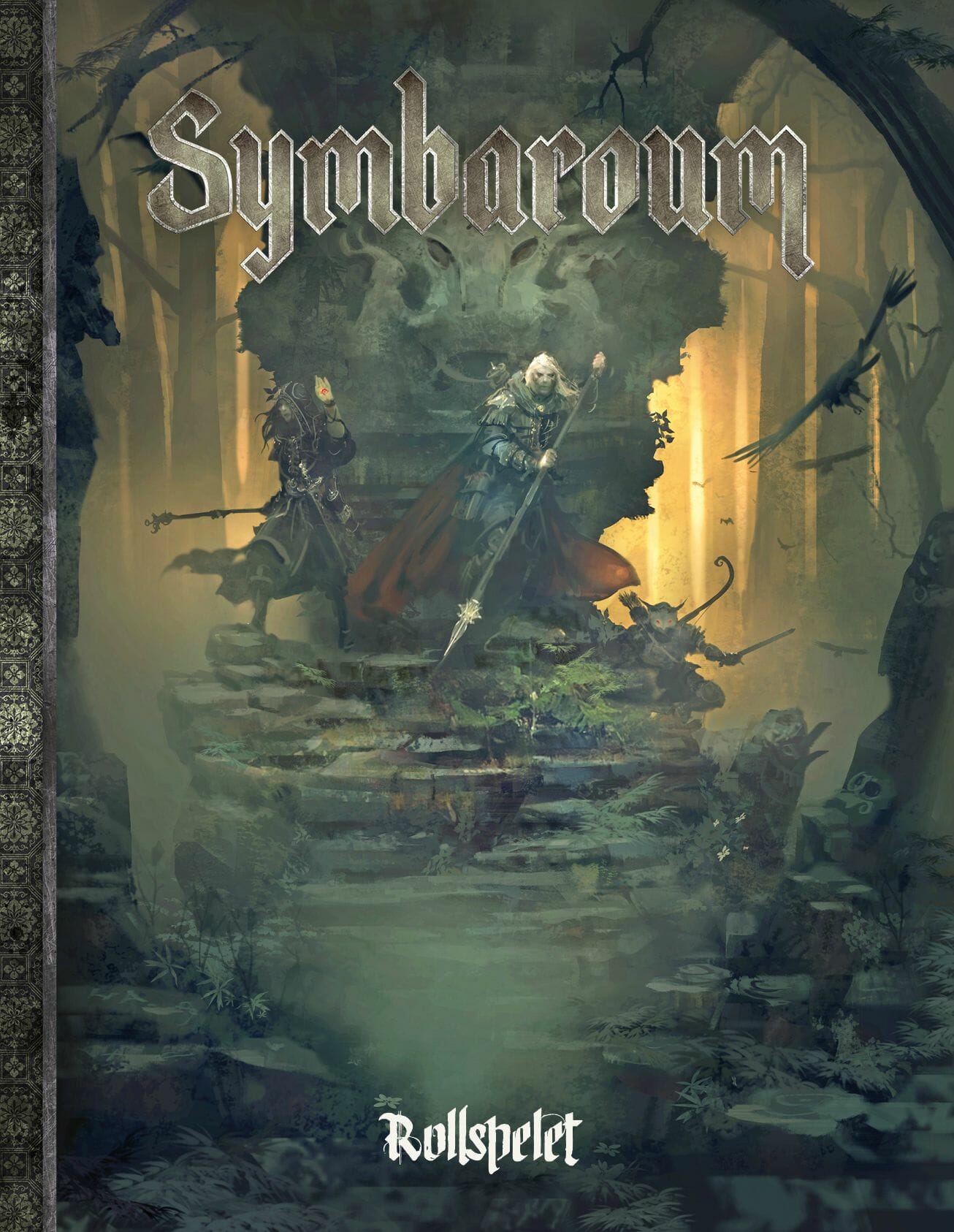 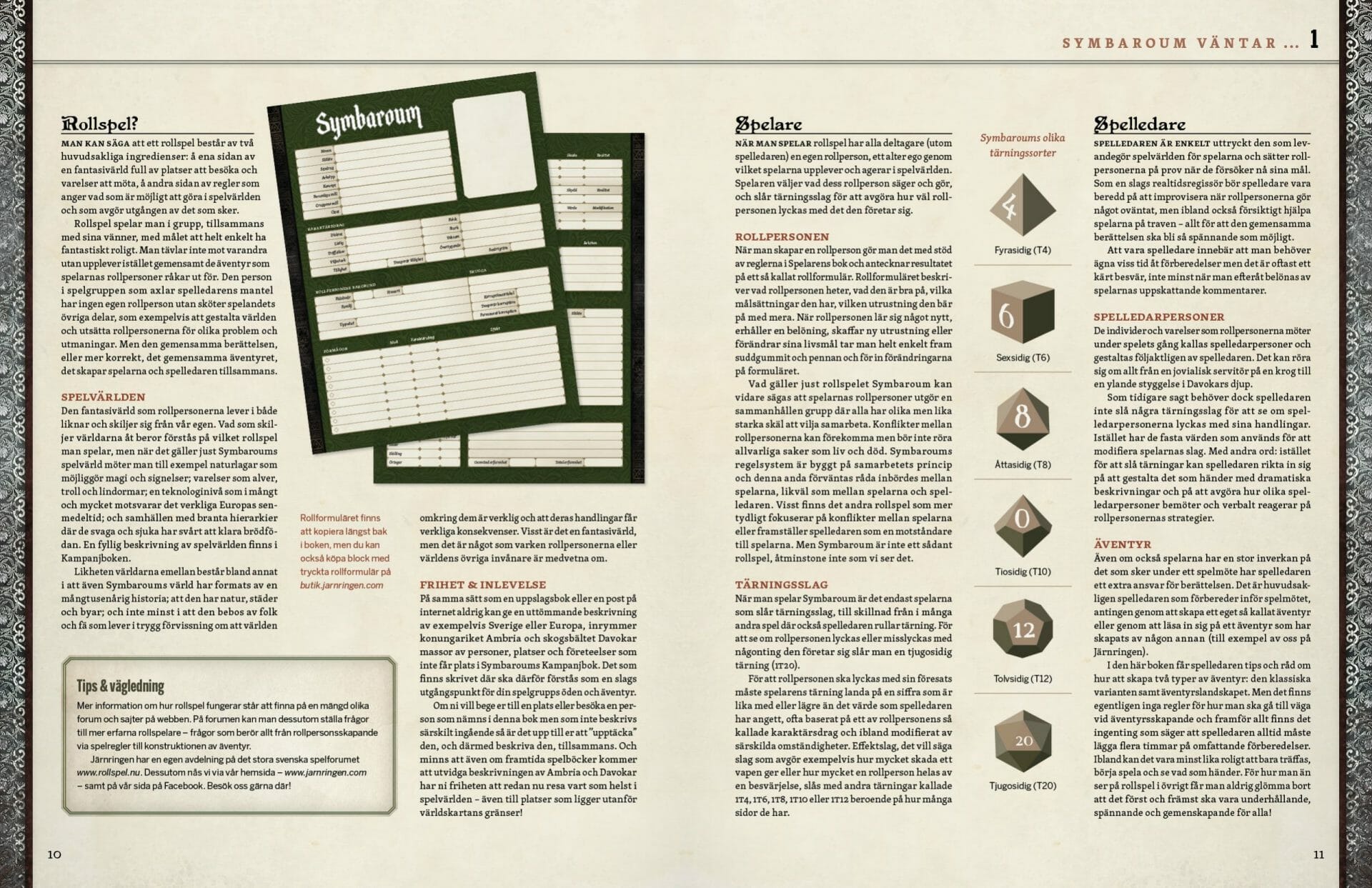 The book begins by introducing people to the hobby, the types of dice and about character sheets. 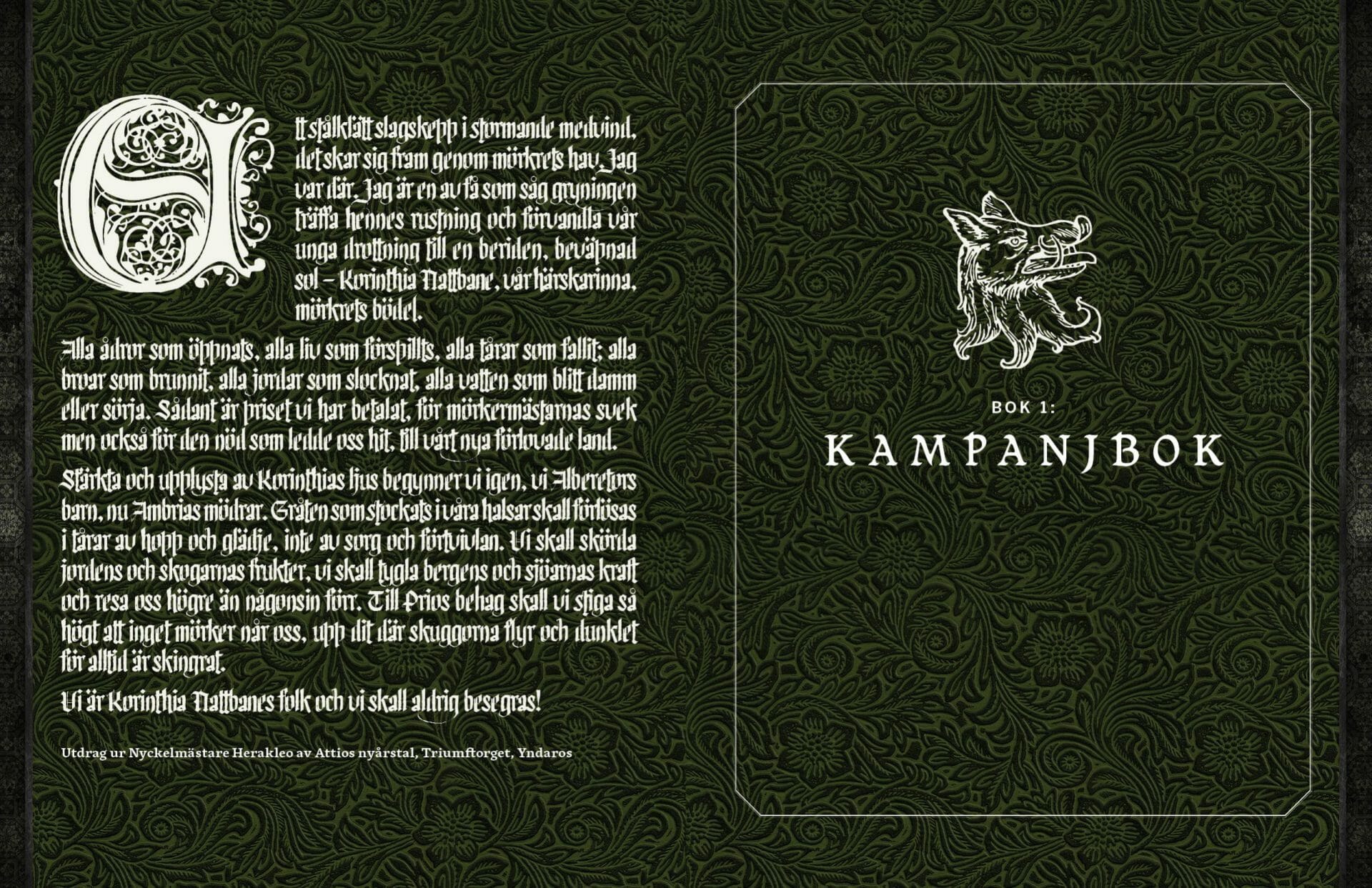 Symbaroum is divided into three separate parts. This is the opening spread for the first of the internal books; all about the world. The other two Symbaroum books are the Player’s Guide and Gamemaster’s Guide. 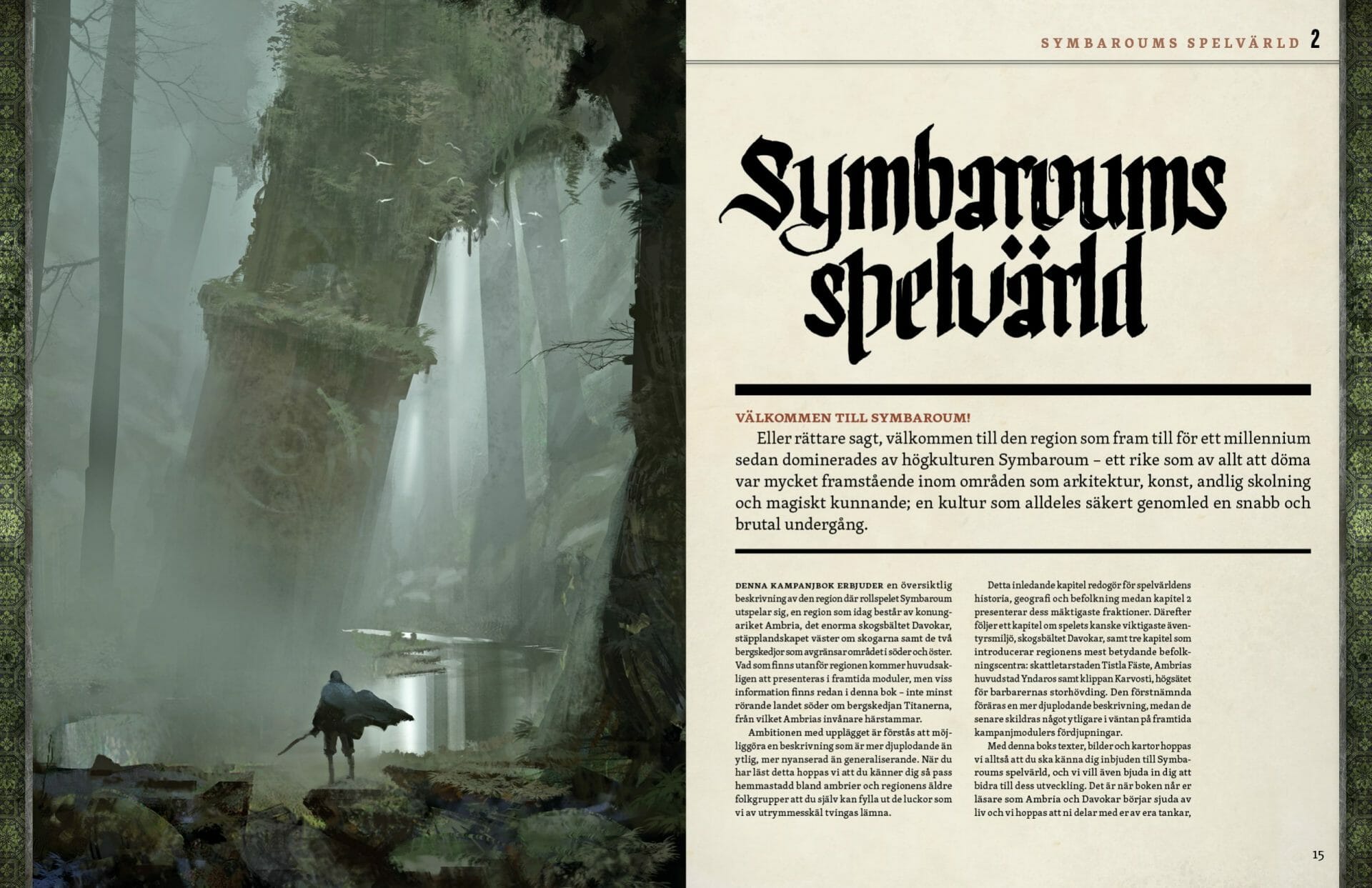 The game is named after the long-dead civilisation of Symbaroum and takes place near the forest of Davokar. The local barbarians and elves have a fragile agreement not to explore too far into the forest or hunt too much. Whatever it is that slumbers deep in the woods must never awaken.

Trouble comes when the more advanced Ambrians flee their wartorn lands of the South. Soon the Ambrians are building new cities in the shadows of the forest and wondering what treasures and riches might be waiting there. 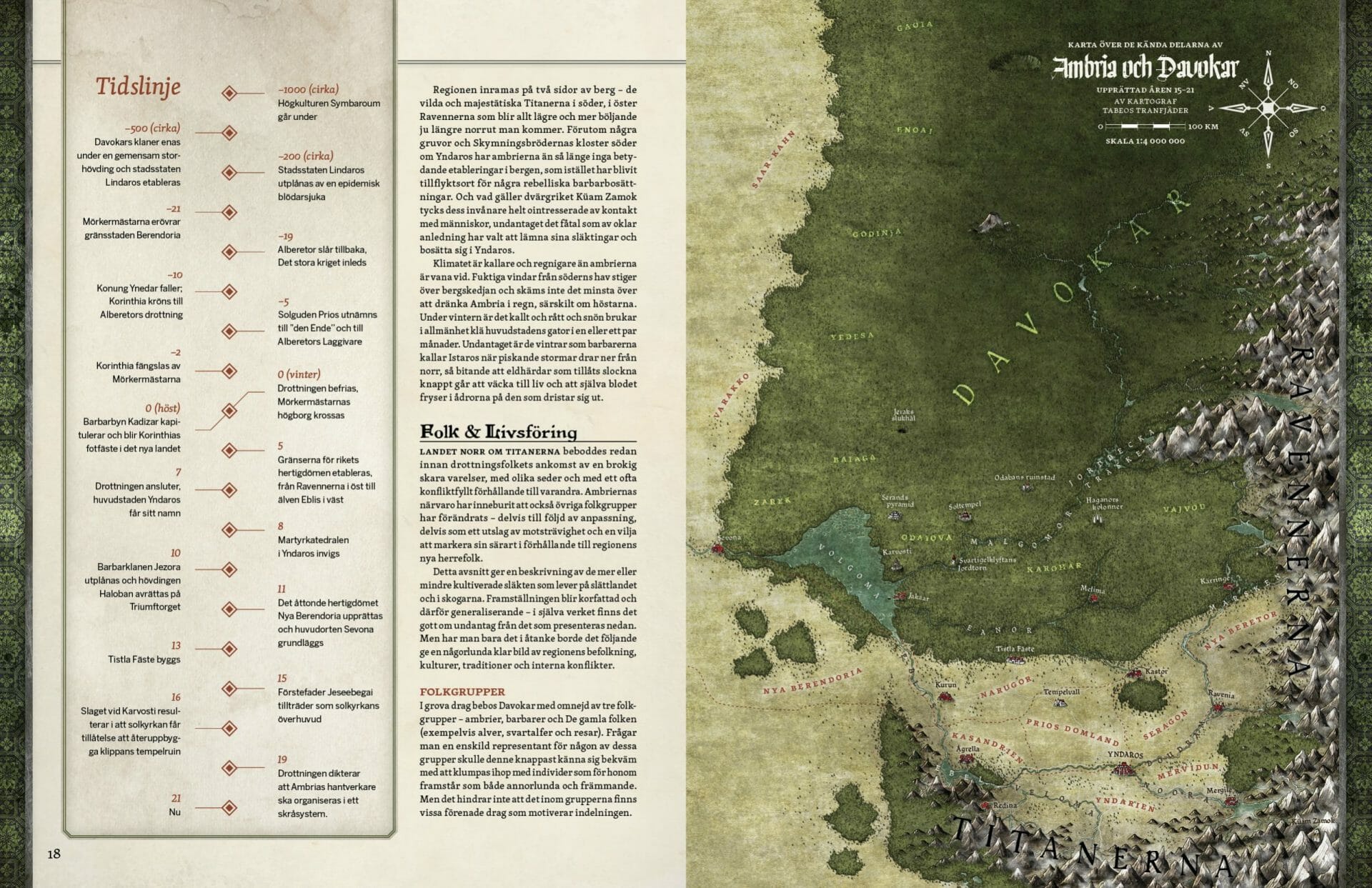 This is the map showing the part of the world the game is played. You can see the huge forests of Davokar and the new territory of Ambria with its baronies and borders. To the south there are the dead lands of Alberetor from there the Ambrians fled. 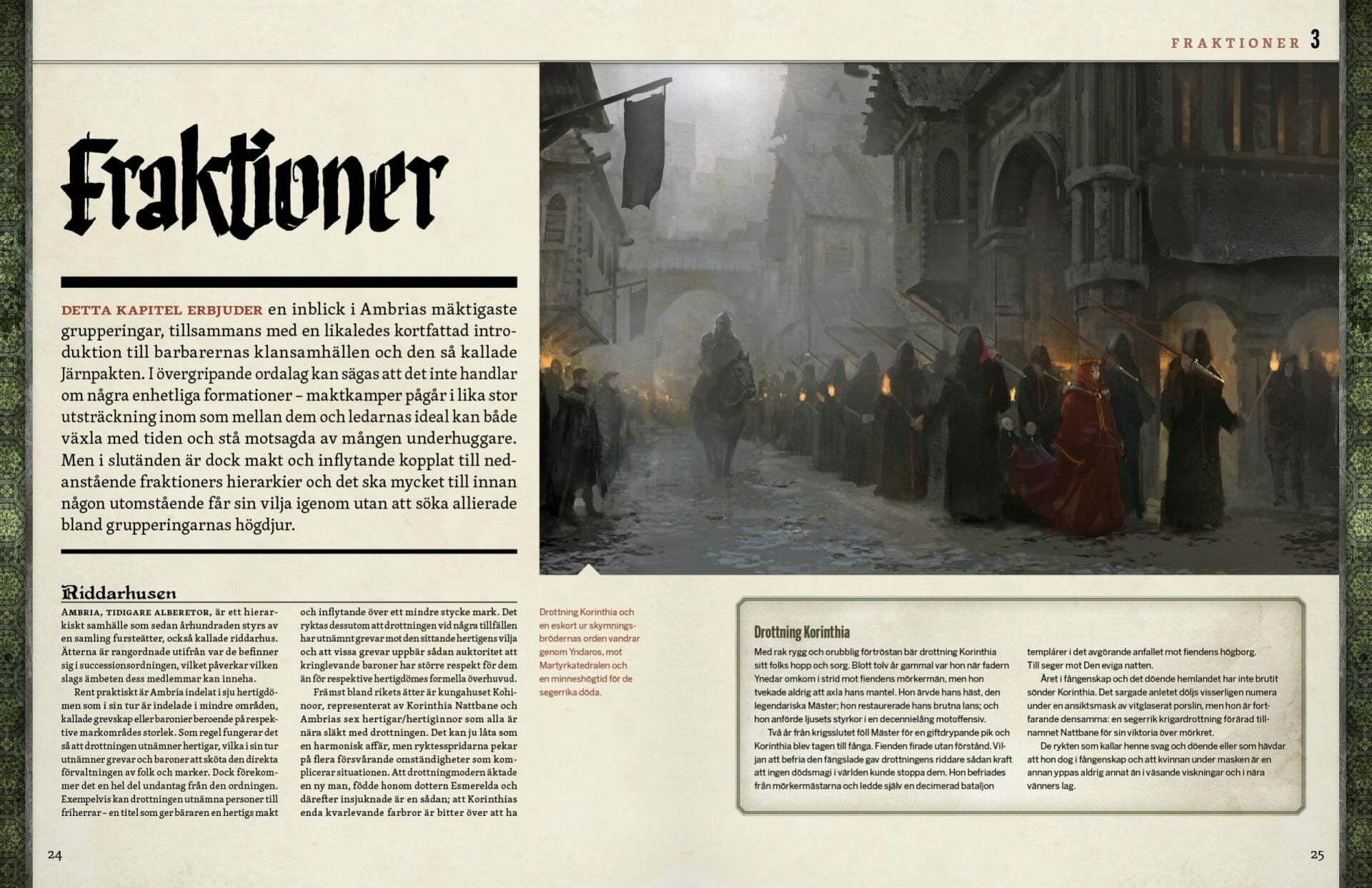 An introduction to the various groups that are active in the world. The illustration shows Queen Korinthia, ruler of the Ambrians. 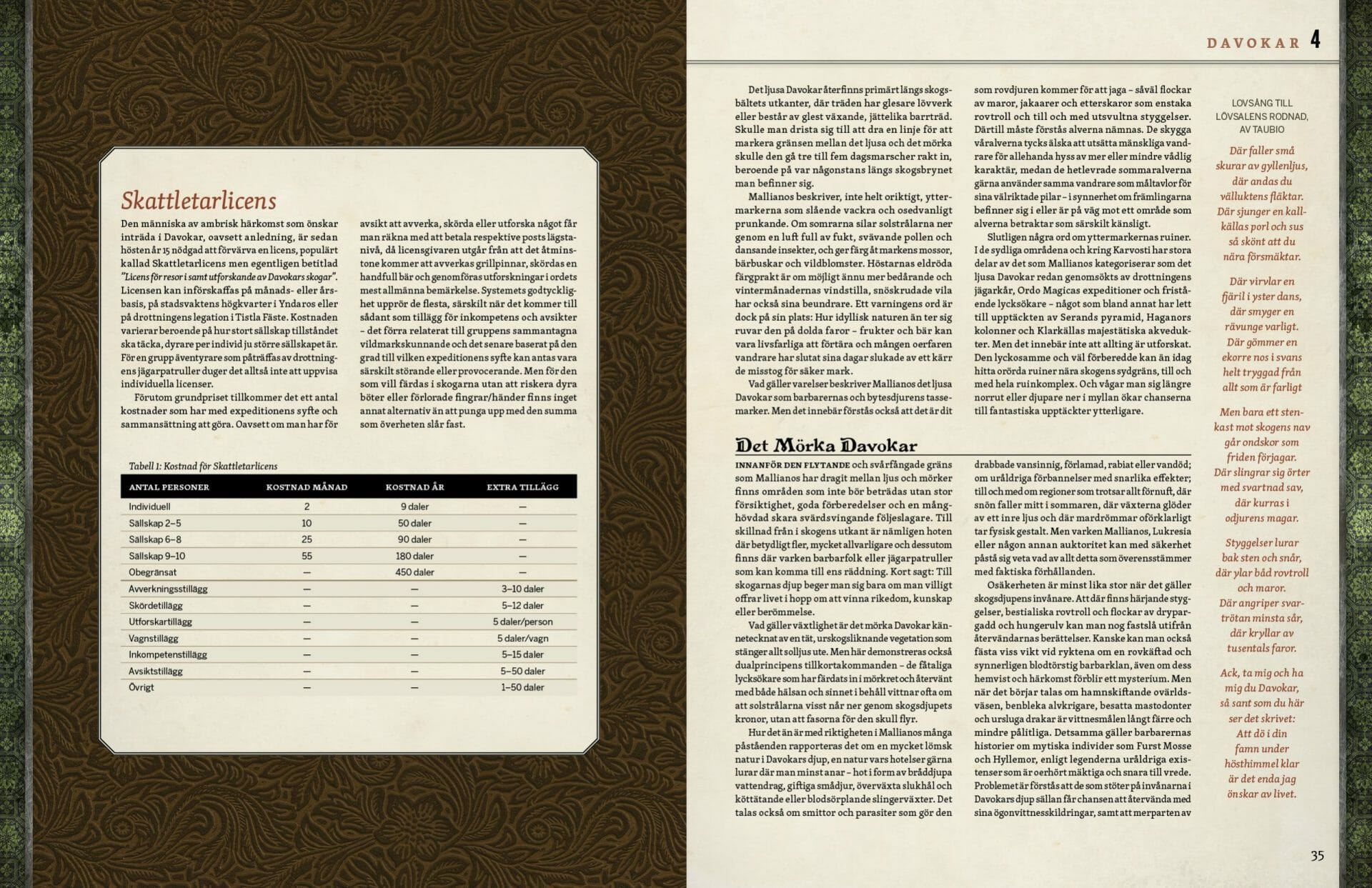 In theory… characters require a license before they can enter the dangerous forest of Davokar. 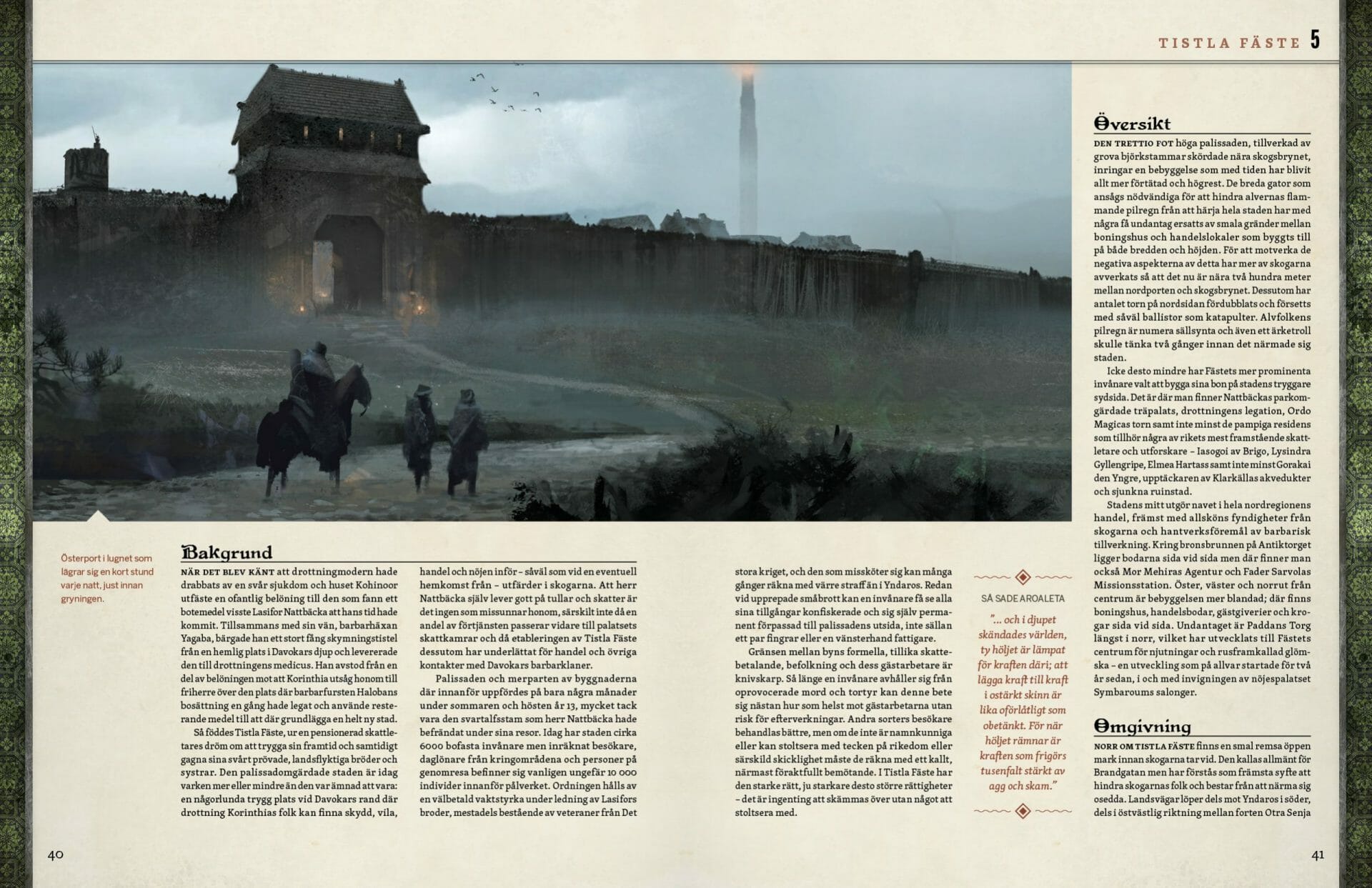 At the very edge of the forest lies the treasure hunter town of Tistla Fäste (Thistle Keep). This is where expeditions into the deep woods tend to start. 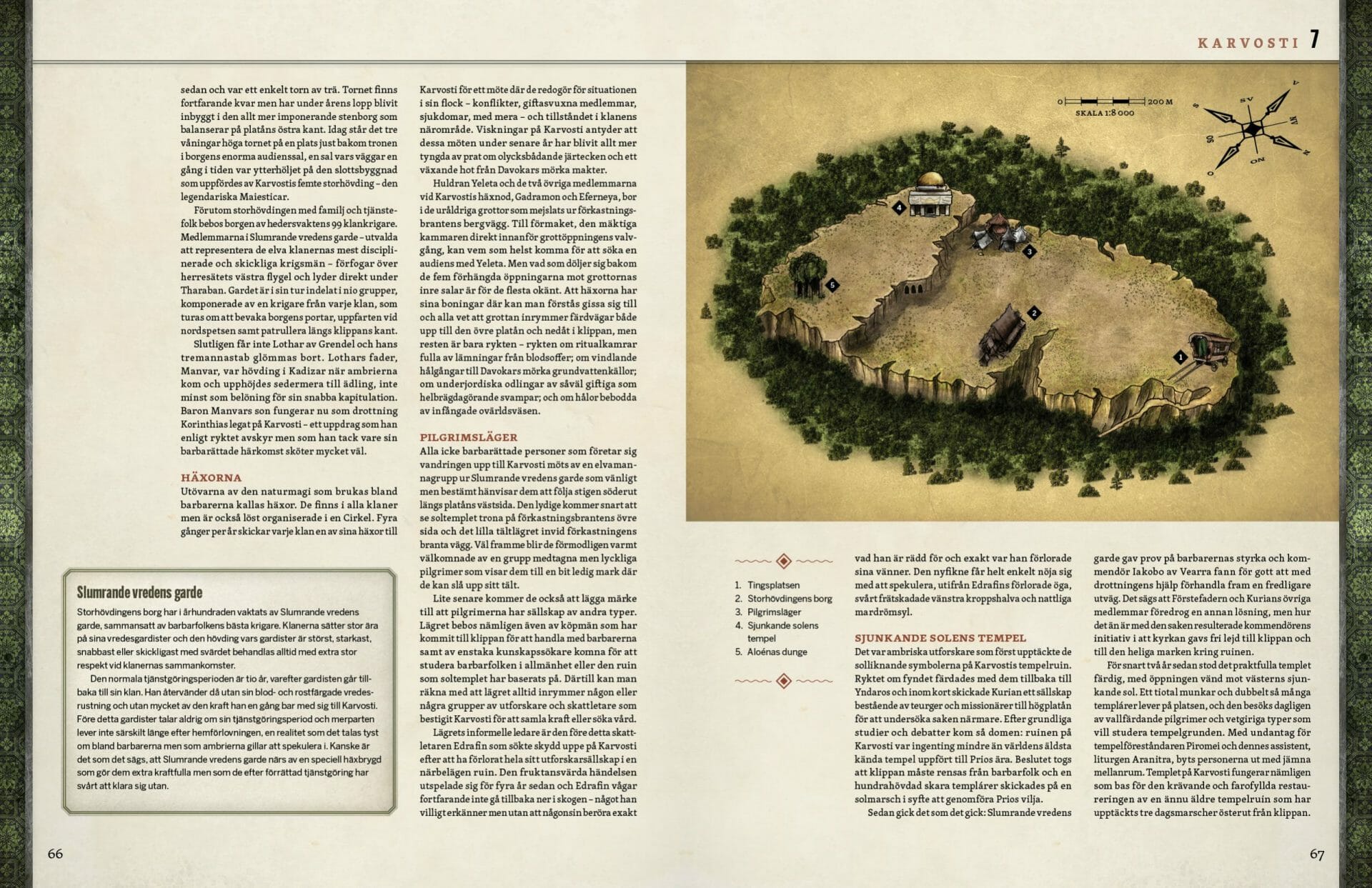 The cliff of Karvosti is where barbarians and even witches hold court. 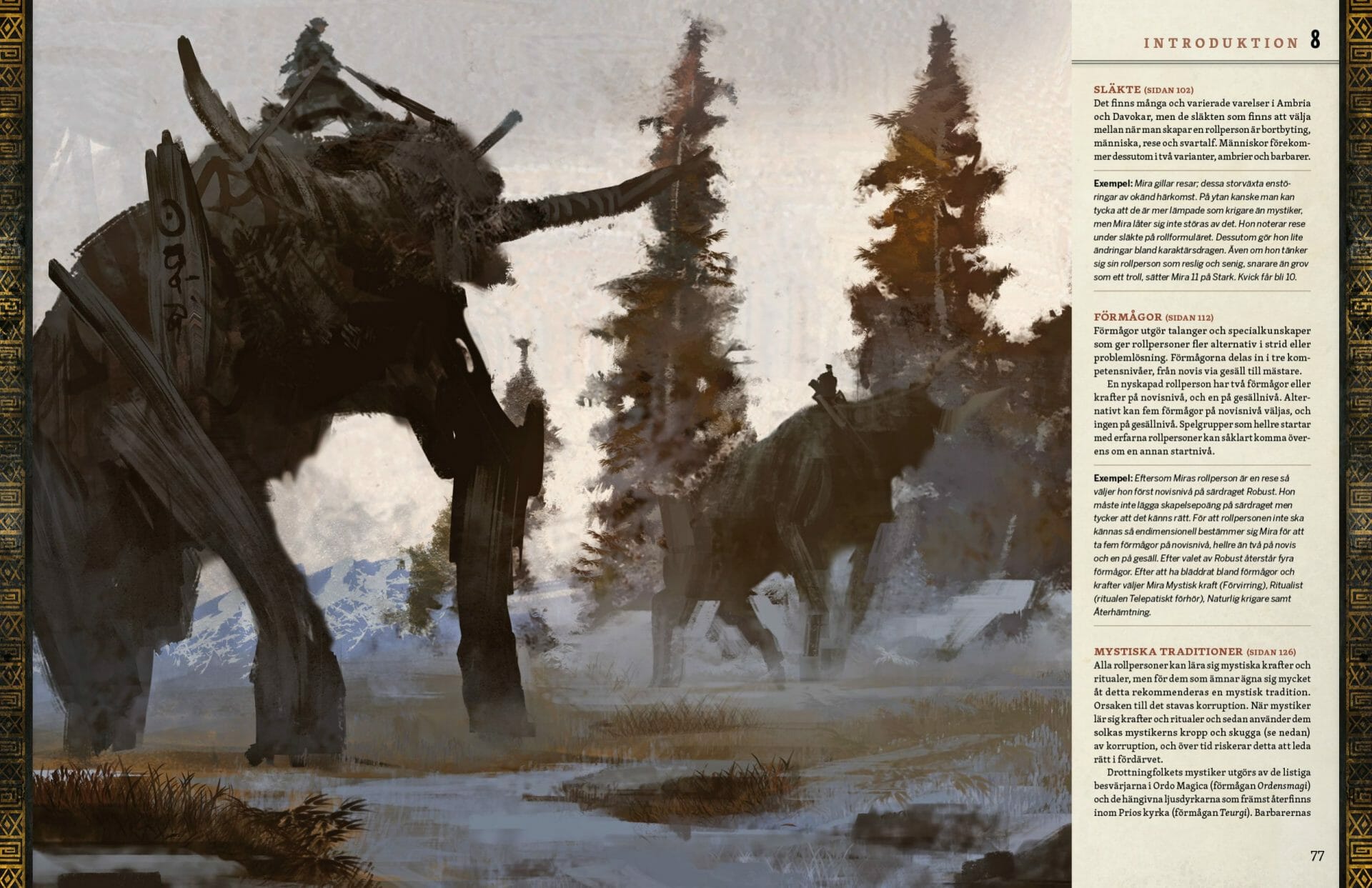 The Colossi are mysterious and mighty creatures of the forest. 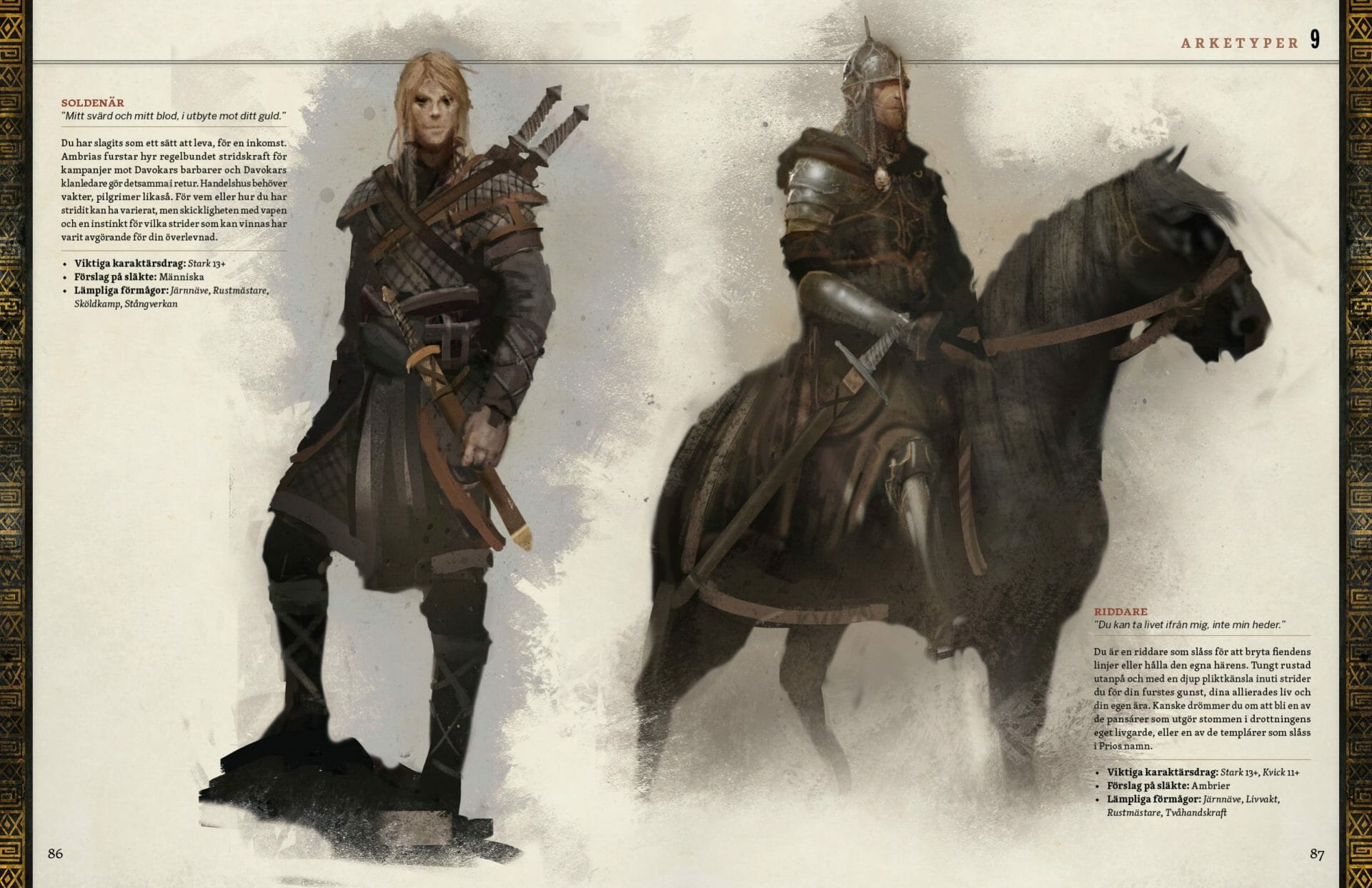 There are 15 different trades and classes to inspire players. You can create PCs without using templates if you prefer, though. The illustration shows the knight and a sellsword. There are three archetypes from which to build your character from; the fighter, mystic and thief. Each of them have 5 templates each and this illustration shows the witch. 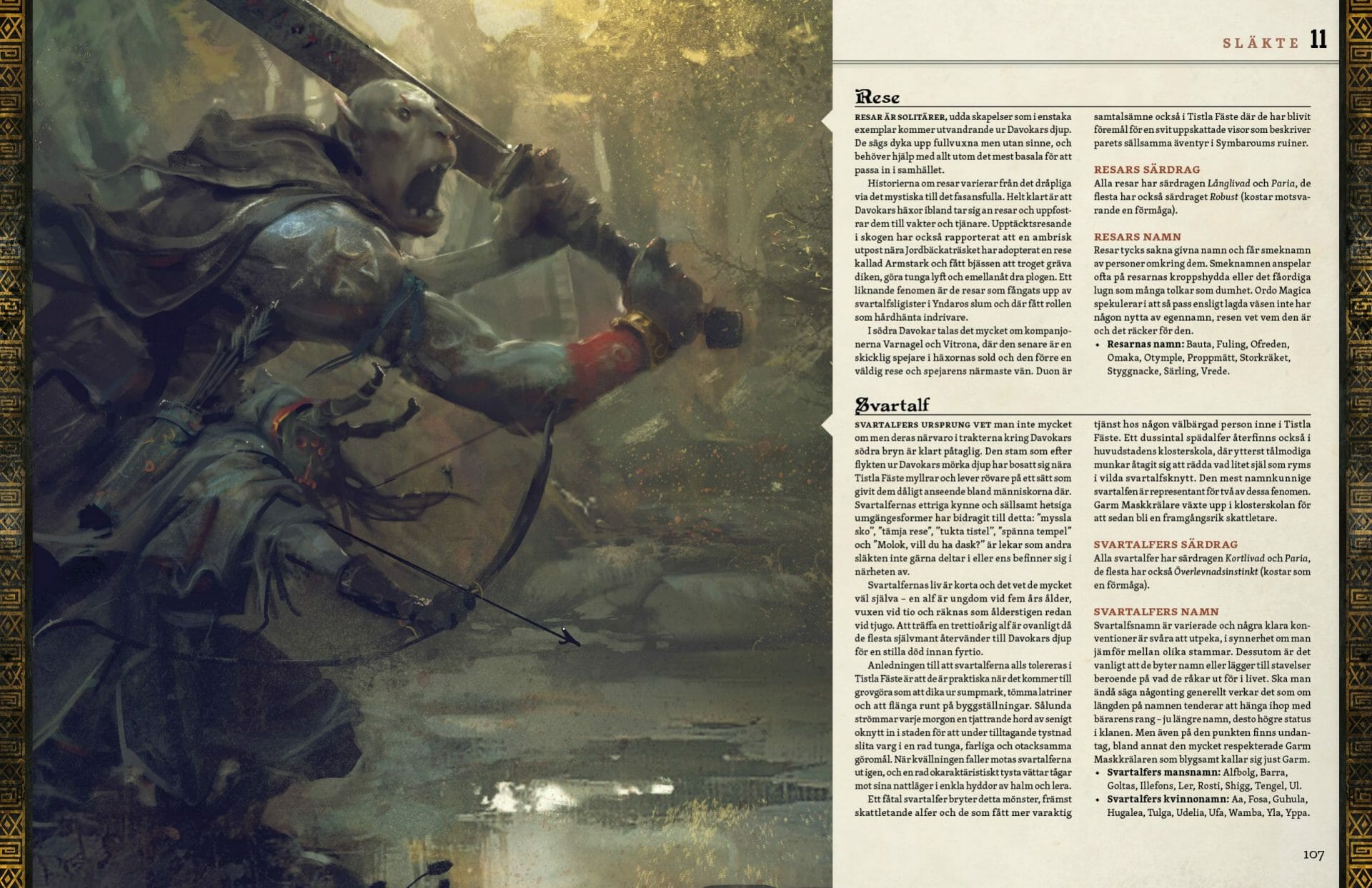 The Rese and Svartalf account for two of the four playable races. The larger of the two is the Rese (best match: ogre) and the smaller svartalf (best match: goblin). 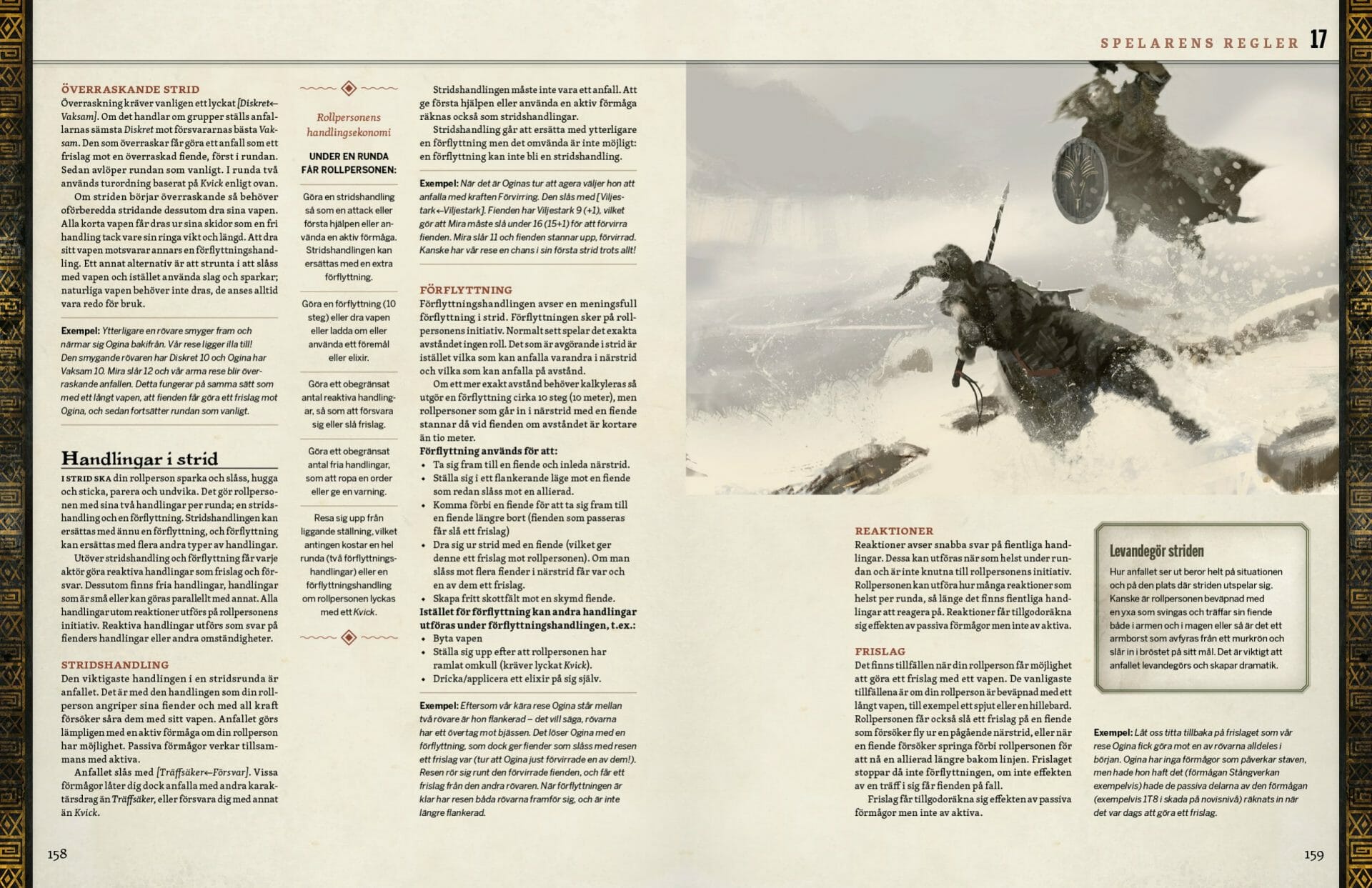 This is a spread from the player’s handbook section of Symbarou. Combat is supposed to be quick and deadly. All the dice are rolled by the players. 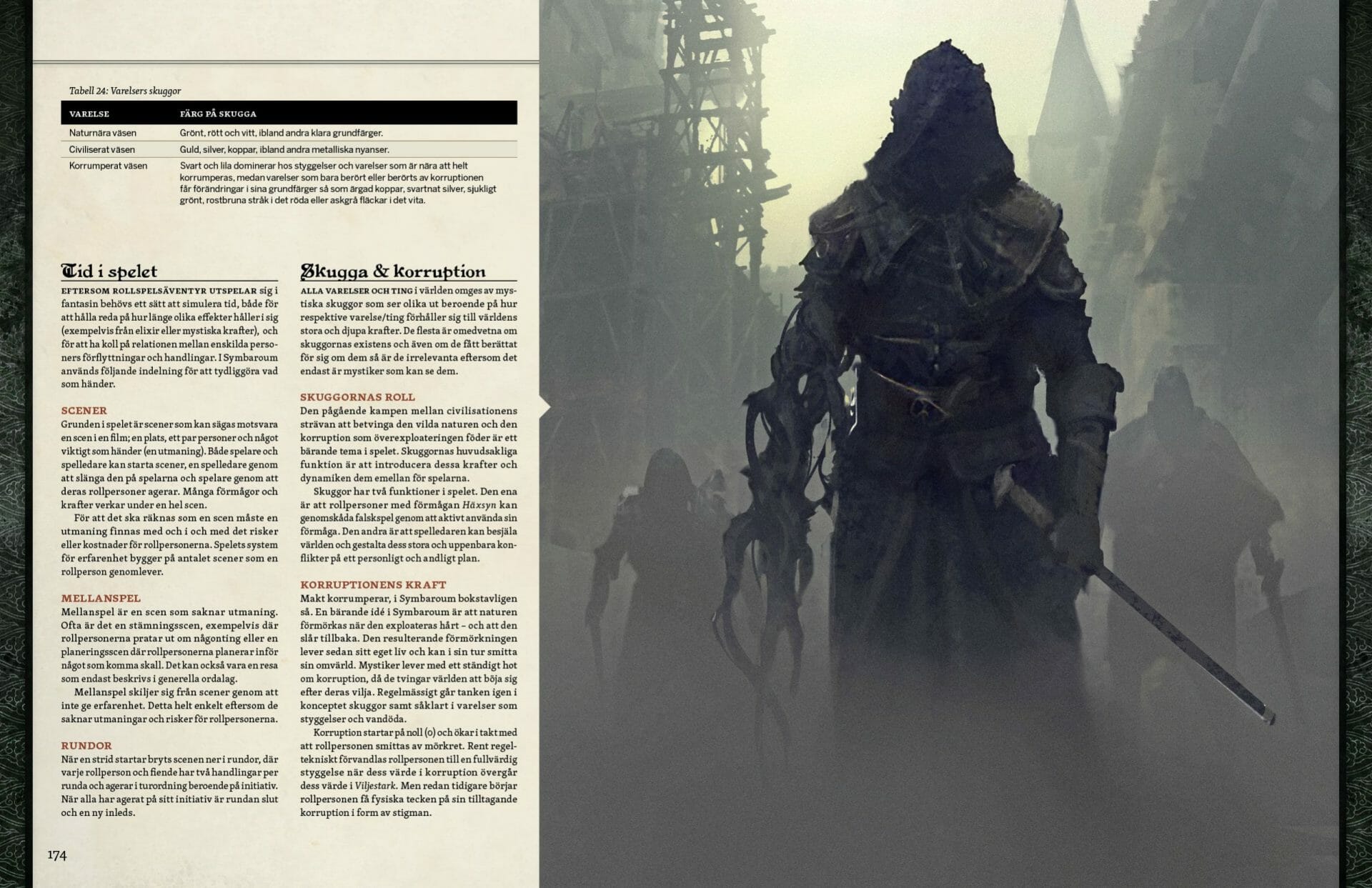 Magic in Symbaroum is powerful but not without cost. Whenever magic is used (either through spell or artifact) there is the risk of corruption. Many mystics end their lives as horrible deformed creatures that hunger for human flesh. 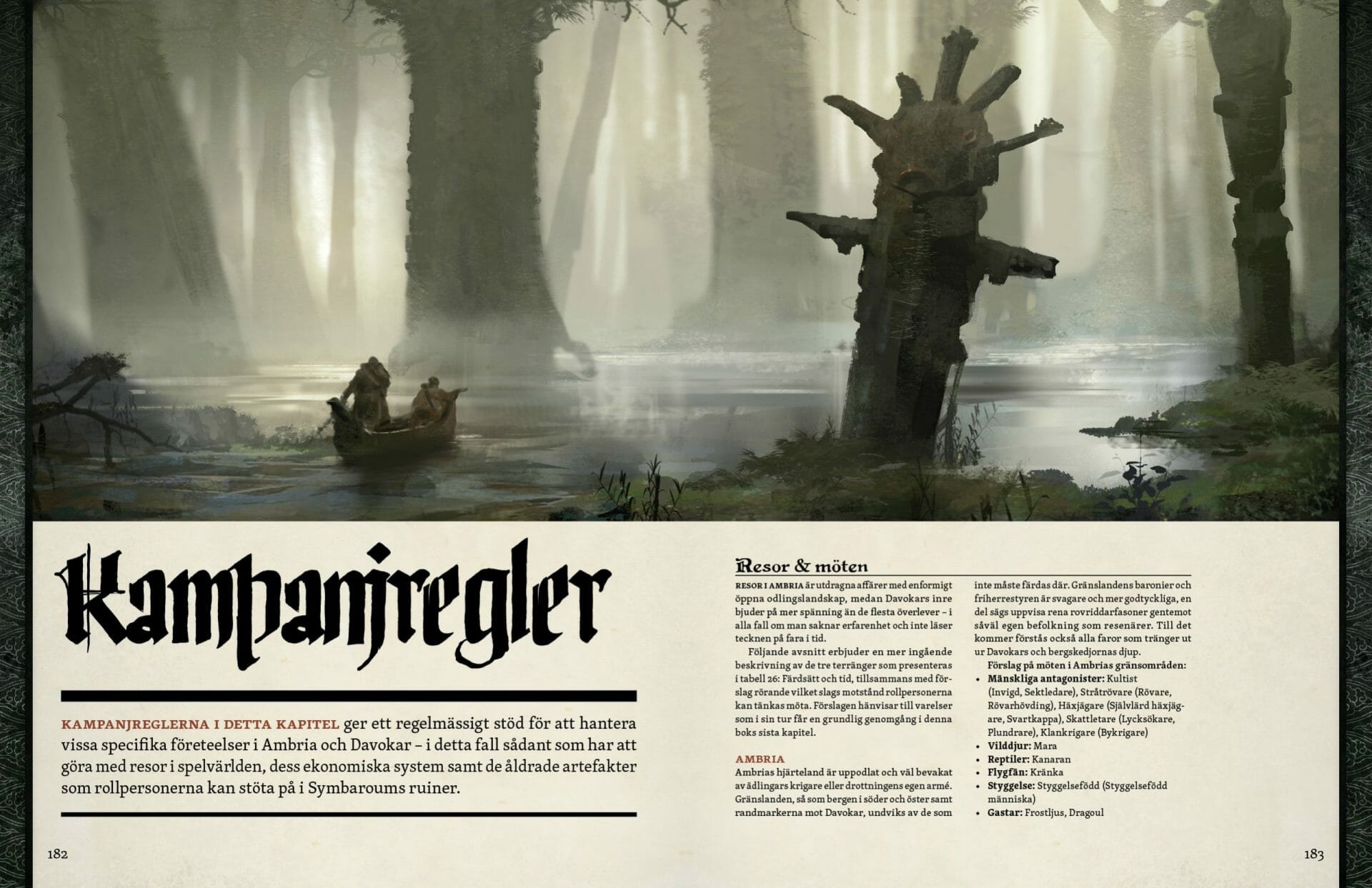 A peek into the section of Symbaroum that governs travel, economy, magic artifacts and encounters. 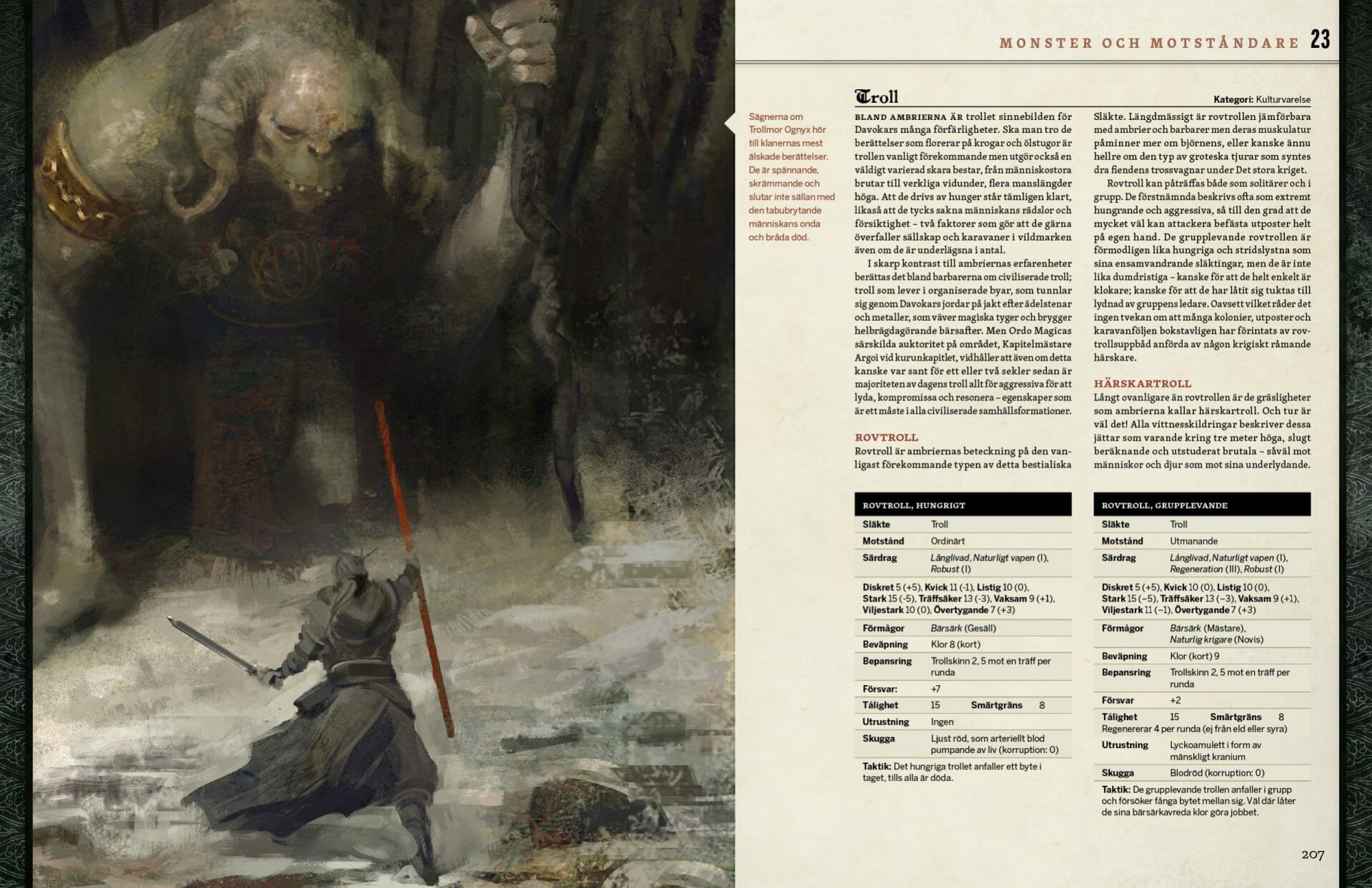 Tucked away at the back of Symbaroum is a bestiary with 38 monsters. These range from bandits, to elves, dark and twisted horrors from deep Davokar and the arch troll as shown in the illustration.

Great overview, but please, spellcheck the text. There are so many spelling errors in there

A look inside: Symbaroum 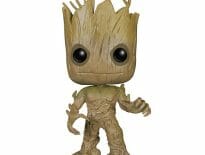 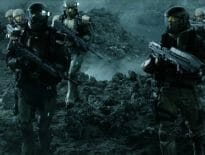