You are here: Home / TV / Online Shows / The monsters of Caledonia: Baobhan Sith

Caledonia is a supernatural web series based in Glasgow, Scotland. The show is directed by Amy Hoff and based on her series of urban fantasy detective novels. Hoff is a PhD researcher in Scottish folklore and she has a speciality in monsters! It’s not often you get to talk to an academic with an expertise in monsters, let alone Scottish monsters, so I asked Amy a bit more about Caledonia and the character Desdemona.

The show follows the story of Leah Bishop, a human police officer recruited to a specialist branch of Interpol, where she discovers her fellow officers are monsters from Scottish folklore. In the first season, she helps them solve a crime they believed was human: the first serial killing of faeries. In the upcoming season, entitled Mortal Souls, Caledonia Interpol investigates a mysterious illness overtaking the city as well as the last time the Fae had seen the illness.

In Caledonia, the character of Desdemona is a baobhan sith. She is the oldest character on the programme and has an indifferent attitude to just about everything. However, in the upcoming season some of her history is told, intertwined with the history of the Highlands and the sad end at Culloden. She was a soldier for centuries, an Oriental dancer, and a world traveller.

The name “Caledonia” itself is the Latin name which the Romans gave the northern parts of Britannia beyond the frontier of their empire. Here’s episode one.

As it turns out the word “Sith” has nothing to do with Star Wars – although I wonder whether there was some research influence there. I asked Amy about the Baobhan Sith.

The baobhan sith are the only vampires in Scottish legend. They do not have fangs, but dangerous talons they use as weapons. They have long red hair, pale skin, dress in green clothing and are invariably female. They also have hooves instead of feet, but these are normally disguised beneath their clothing. They are particularly susceptible to iron. All creatures in Scottish folklore are fae or faeries, as those words do not specifically refer to small creatures with wings but the overall description for creatures of any kind. Baobhan sith (bah-vaan shee) is Gaelic for ‘faerie woman’.

There is a famous story about the baobhan sith told in the Highlands. Long ago, a group of men travelling by horseback stopped in at a pub. There was nothing else for miles around, but they wanted rest and food. Inside, there was a lively ceilidh taking place, and the men were enraptured by the beautiful red-haired women turning about the floor. The women beckoned them to join, and two of the men went willingly. The third was filled with doubt, and so went outside to tend to the horses. As he stood there, able to see through the window, he saw to his horror the women ripping open the necks of his friends with their long talons, and drinking from them. In a moment, the women were outside, looking for him in the moonlight on the mountainside. They were not able to get at him, standing as he was among the horses, and when dawn came they vanished. The man thanked God that the horses had been shod with iron.

The monsters of Caledonia: Baobhan Sith 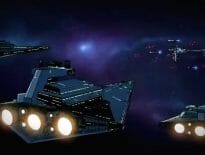 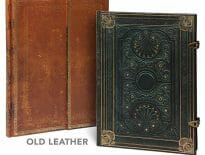