Dead Eyed Shade Games offer up a multimedia story for Orbis Aerden: Reign of the Accursed for their Kicktarter pitch video. They’re open about their influences; this is a mixture of World of Darkness with Cthulhu and some Game of Thrones style political truths thrown in for good measure.

In a clue that Dead Eyed Shade Games has access to great art talent the first reward level in the pledges is “Art-Critic”. For £5 you’ll get the digital art book with high resolution illustrations but no RPG rules in sight.

If you’re quick you may still be able to early bird a miniature (32mm) for the series for just £10 and the PDF of the rules opens up at just £12. Most of the current backers are flocking to the limited £30 option that provides both the hardcover and PDF.

As the pledge levels suggest Orbis Aerden: Reign of the Accursed is a game with a miniatures line up. I’ve mixed feelings on this. On one level Orbis Aerden feels like a visual game and the minis shared on the Kickstarter look impressive. Given the Game of Thrones influence in the game I can imagine some interesting skirmish situations too. On the other hand; miniatures for a Cthulhu inspired game might become redundant and the politics of Vampire surely does not require models.

On a final note; the Dead Eyed Shade Games site is worth checking out. There’s more art and interestingly different sections for Reign of the Accursed and for Orbis Aerden. It seems that there might be more to come from Orbis Aerden if the Accursed successfully Kickstart. 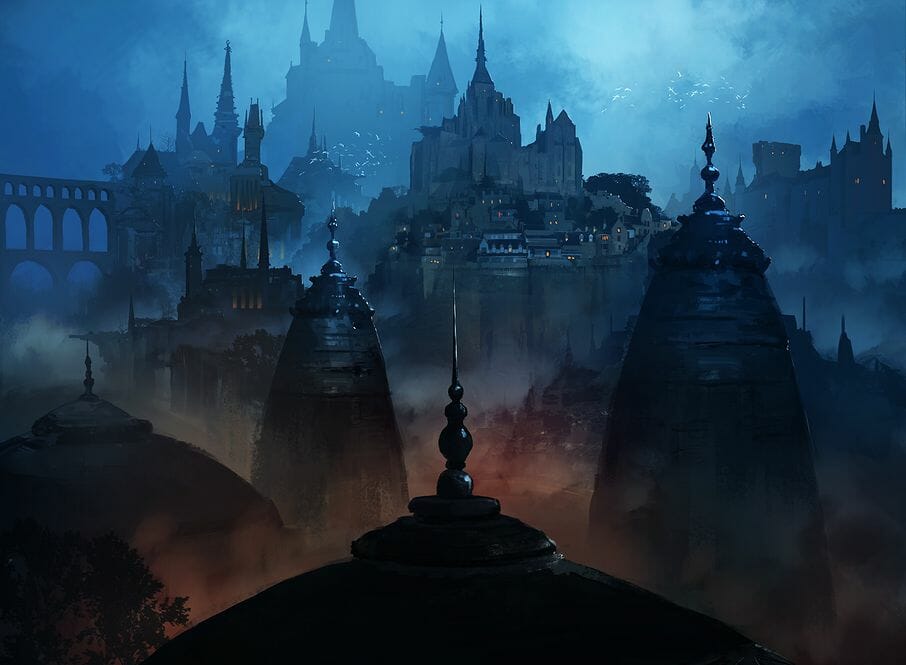