Action Lab are supporting Free Comic Book Day on the 3rd. You can check out some of their current titles on DriveThru Comics or you can make it into a participating stores then keep an eye out for some new titles. One of the “Silver level” book bundles Action Lab will release, via their Danger Zone imprint, is Zombie Tramp and Ehmm Theory. 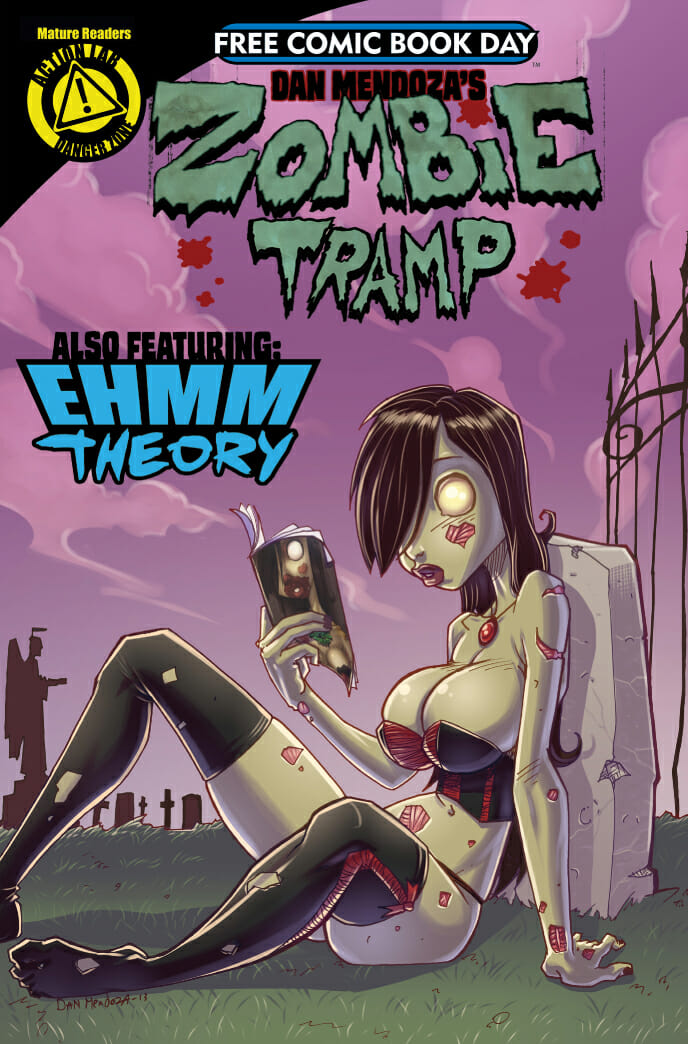 Zombie Tramp, the headline piece, is marked “Warning: Not for Kids!” but also “Stay Alert!” so I think there’s plenty of tongue in cheek in that warning. There’s plenty of blood and curvy bits on display and I think all swearing is proudly on display in the final copies.

Zombie Tramp introduces Janey the zombie. It’s a whirlwind of an origins story with the briefest of highlights; life before death, becoming a zombie, a teacher, a mentor, a battle and a book.

The flashbacks in Zombie Tramp are drawn and coloured by Dan Mendoza whereas Jason Martin co-writes, edits, colours and letters the rest. 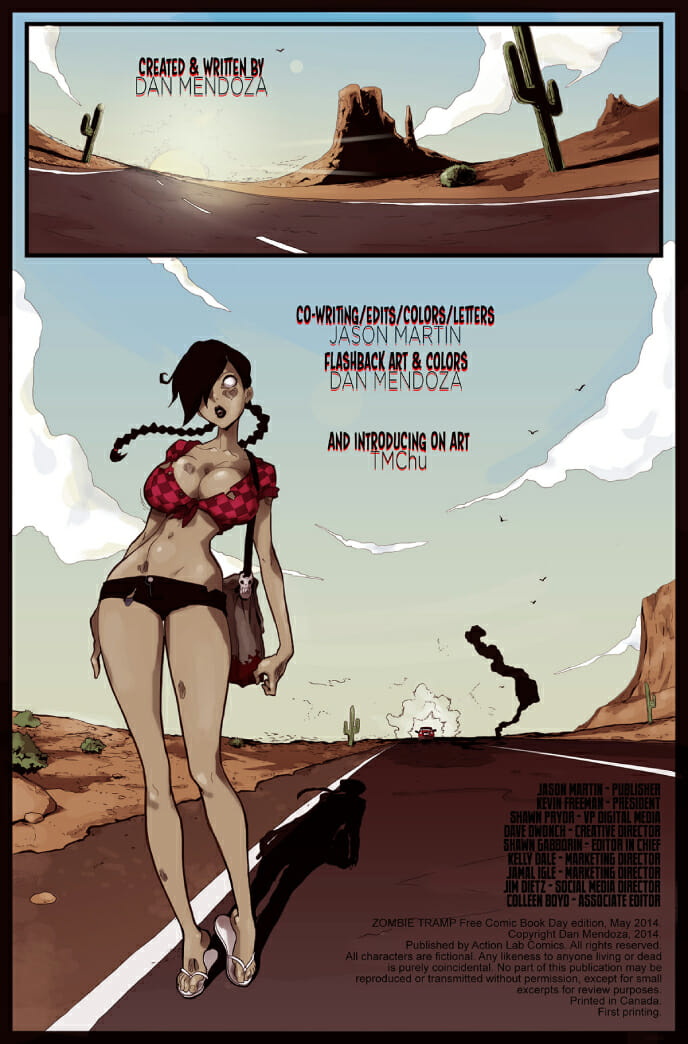 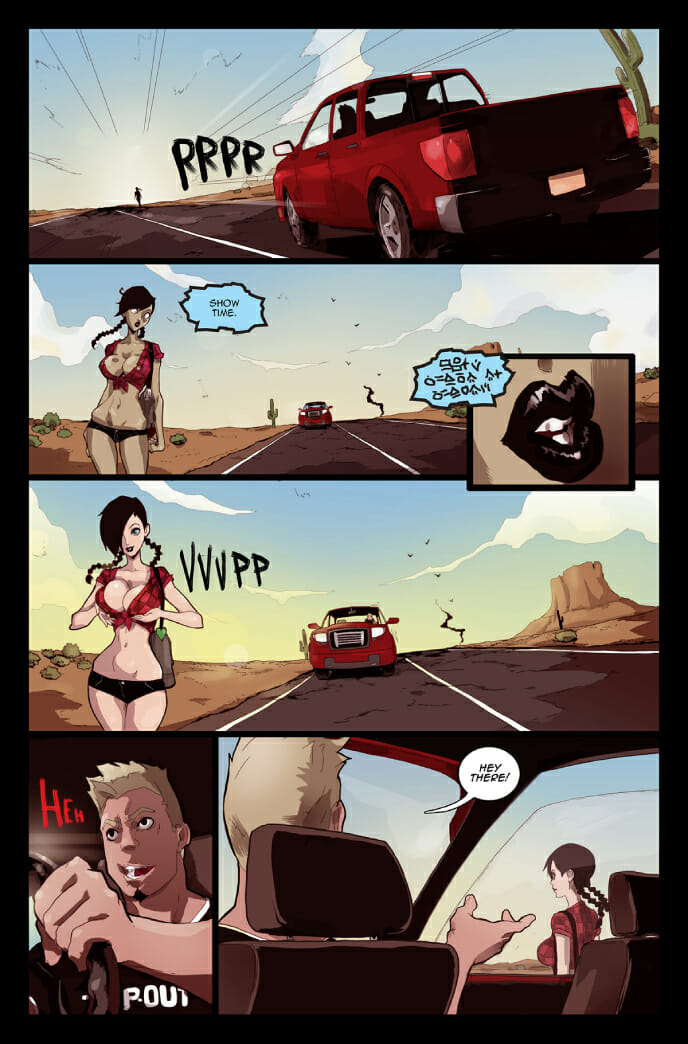 I’m tempted by the backstory and the occult angle. I’m just not entirely sure “Zombie Tramp” isn’t a one trick wonder in hot pants. There’s a new series starting in July and there’s a collected edition on Comixology. It’s tempting to take a peek at the back issues. Ehmm Theory also introduces a tour de force of an introduction. An artefact gatherer called Gabe turns up in an alternative reality, accompanied by his talking kitten Dr Whiskers and soon gets into trouble. He’s being chased by some harlequin monkey.

Ehmnn Theory seems no less far out than Zombie Tramp. It lacks the hot pants and I guess the bionic kitten is supposed to compensate. Whereas Janey made an immediate impact, Gabe still has some work to do. Dimension hopping scavengers always have to work hard to win people over to their cause.

The story is by Brockton McKinney, art by Larkin Ford and Aimme Hanchey provides the colours. If the freebie for Free Comic Book Day interests then issue one is available for a few bucks at DriveThru Comics. 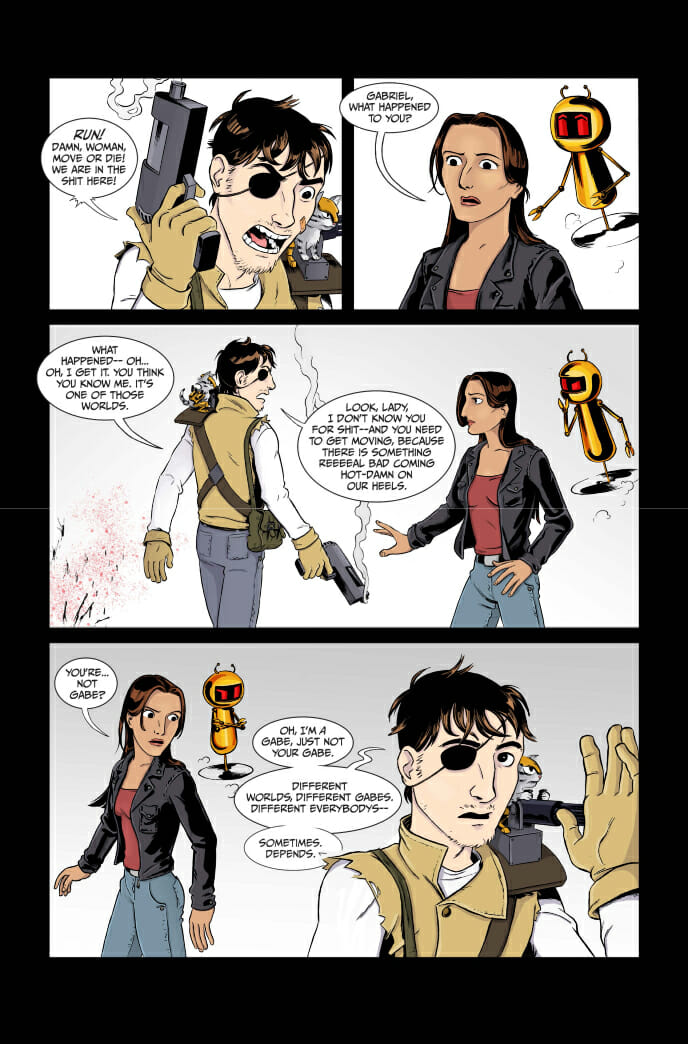 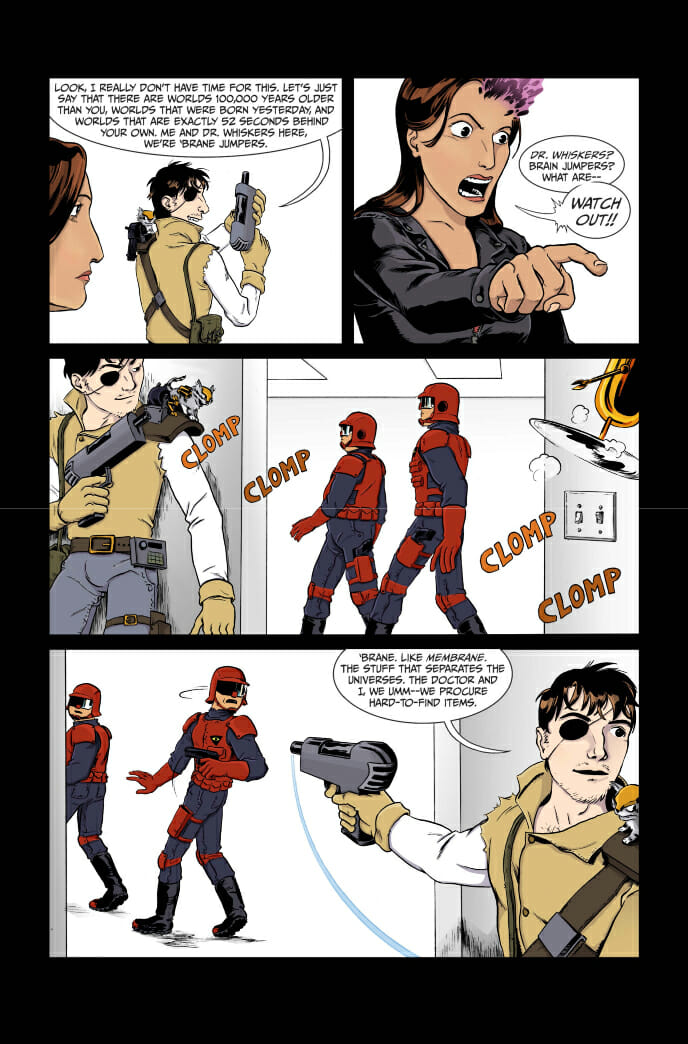 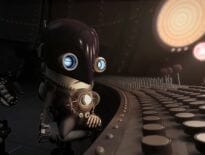 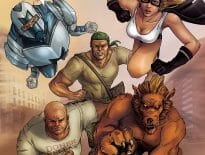