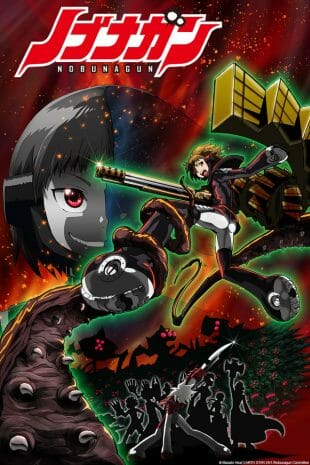 There’s a few anime with “Nobunaga” in the title. This is a review of “Nobunagun” and what they’ve done there is added a “gun” to the end of the word.

To be honest, Nobunagun had me from the very first episode. They very quickly and successfully had the lead character Shio Ogura portrayed as a geeky, friendly, outcast. She’s a geek native.

Life gets interesting for Shio when a school trip goes wrong and alien monsters attack. She’s caught up in the battle between them and the agency known as Dogoo. Weapons are pretty much useless against these aliens so Dogoo uses E-Gene Holders. The E-Gene Holders are warriors or scientists linked to the spirits of key people from the past and therefore able to activate special weapons.

Shio Ogura is an E-Gene Holder. She’s linked to the Japanese warrior and ruler Oda Nobunaga.

I’ve titled this review “Friendly psychos” because this relationship with Oda allows Shio to make some very clever strategic calls, tactical insight but the determination to get them done. If this means putting her friends up against an army of aliens then that’s what she’ll do.

Then there’s Jack the Ripper. The frontline fighter alongside “Nobunagun” just happens to be the E-Gene Holder of Jack the Ripper. Whereas Nobunagun’s powers manifest as an impressive looking shoulder mounted cannon – Jack the Ripper gets blades. Alongside those two warriors are the E-Gene holders of Newton, a woman who can manipulate gravity and Gandhi who specialises in defensive force fields. 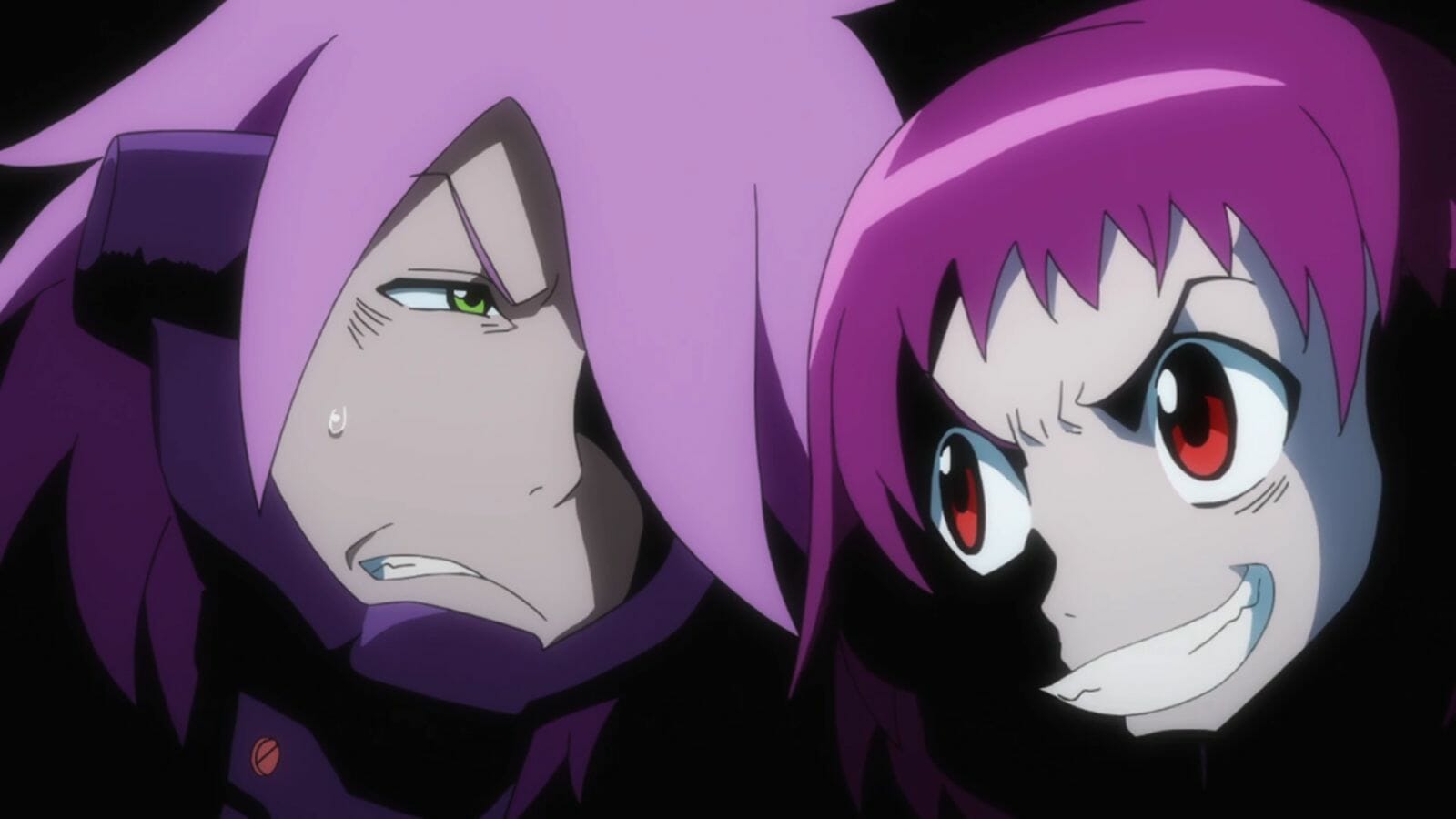 If Nobunagun falters at all it is mid-series when the writers succumb to the pressure of fan service and we’ve some shoehorned bikini scenes, insanely flirty and/or harassment from co-workers and even a brush against a tentacle scene. I won’t fault it for the big battles towards the end – that’s the point of the show; will they survive against the building odds against them or can some clever thinking and brave fighting actually help.

I watched the whole series over a couple of nights, over Hotel wifi while streaming from Crunchyroll. I’d get back to the hotel shattered after a busy day of business meetings and still be keen to watch more episodes.

If you’re curious Geek Native posted a trailer at the tail end of 2013 which, despite the usual fate of anime trailers, is still live.

Tabletop & RPGs Hero Games launches US only Kickstarter for Fantas…

Geek Stuff Too snuggly to be dangerous? Cotton Monsters
💰 Copper Coins 💰 Geek Native is an affiliate and may earn commission on purchases you make from third-party sites.
🍪 Privacy & Cookies 🍪 The site uses cookies to survive. By accessing the site, you agree to use your browser to control cookie use or take 1d4-3 privacy damage (tracking). If you defeat cookies via ad blocking, please consider the Patreon. An intro to cookies, and how to control them, can be found here. I Manage Cookies