This year it is the Gadget Show’s 10th birthday and the Gadget Show Live reflected that. Having discussed the event with friends who went I’ll admit it’s divided opinions but I liked it this year and I’ll tell you why.

The Gadget Show expo felt diverse this year. Previously, I’ve noted that the expo has been dominated by Apple products or by TVs. This year felt more cosmopolitan. There were certainly standout categories; wereables, for one. Health tech was especially common. There were numerous Fitbit clones, for example, including FitBark for your dog. 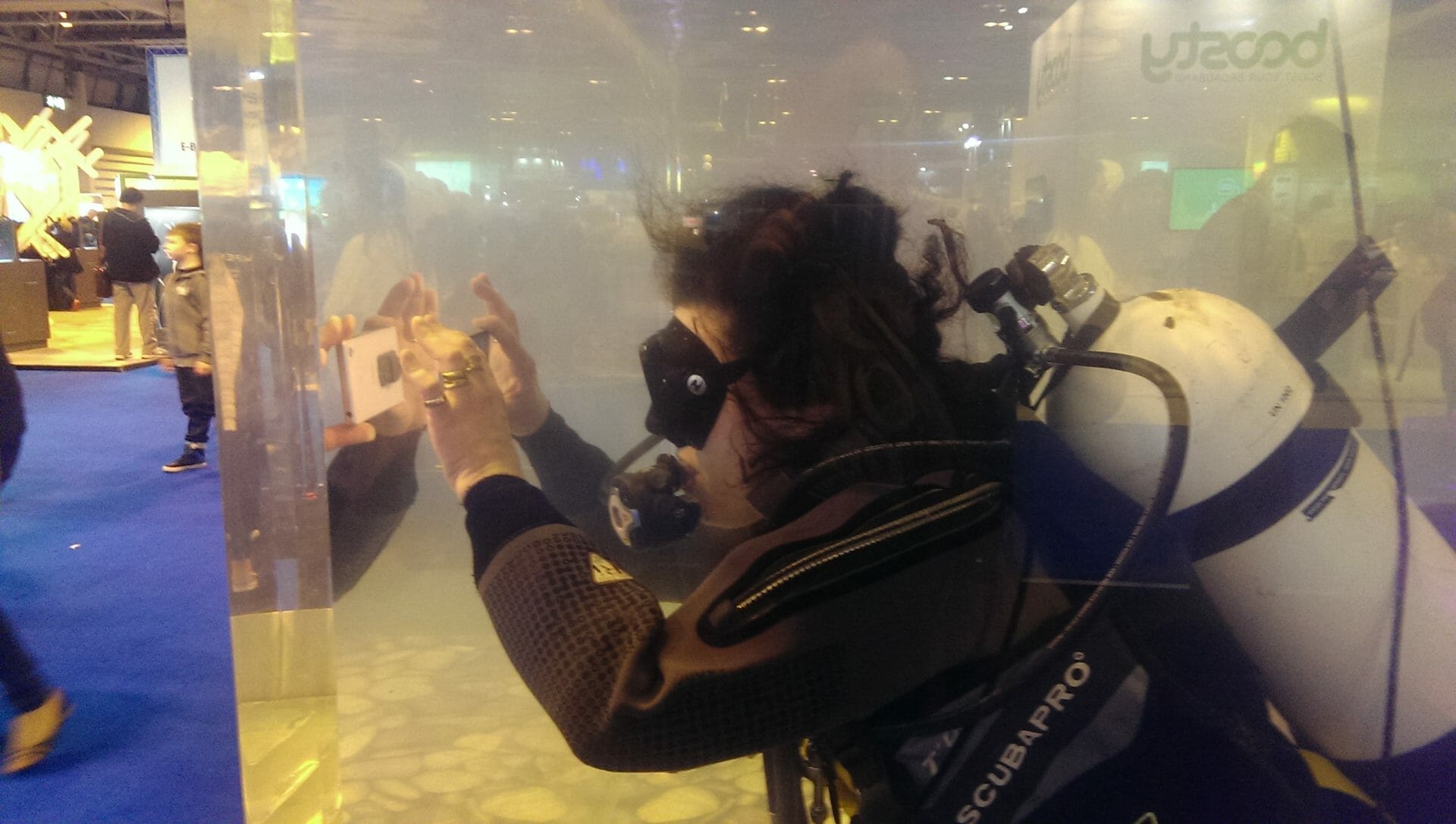 This year we had 3D printing stands, including one that made little models of yourself. The Oculus Rift features too; both in the Super Theatre show when the current crop of TV presenters charge around and hand out free gadgets but in some of the display areas.

Importantly, it’s a slightly different layout this year. I think they’ve done a better job of the crowd flow. Yes; some stands got busy but I didn’t see a single queue that was too long to join. There was even some rough zoning of stands with games in one cluster and child friendlier stands at the other side. The bigger booths tended to be in the middle with smaller companies around the edges. That said; it’s well worth exploring the fringes of the expo and meeting the independents.

As you’d expect there was lots of smartphone and tablet stands. We had some Android tablet makers I hadn’t heard of before and very many accessory shops. If I’d found a power pack suitable for my travels from which to recharge my gear I would have bought it. There were many contenders but no winners. In the end I bought a pair of cheap external power packs just because of the discount. There’s a gap in the market for a really compelling power supply solution. Kitchen-tech was another big area. I think the kitchen-tech stands were busy for two reasons. The first is simple; they had live demos from people who knew the product and were hooked into loud speakers. That’s hard to compete with if you’re only equipped with a tight t-shirt and you’re trying to sell a pair of speakers that will be a struggle to get home from the NEC. The second reason is that the kitchen gadgets, even something as simple as knife made in some clever way so it might stay sharper longer, is more of an impulse buy.

This year, as with last, there were computer stands, models and even an anime stand (not that it sold anime – just anime inspired fashion). GAME.co.uk was there, accepting reward cards, and with a range of tech to complement their supply of games. They had a busy stall as the co-sponsors of the live show (and, I think, the TV show) Currys PC World didn’t have a retail presence I could find. 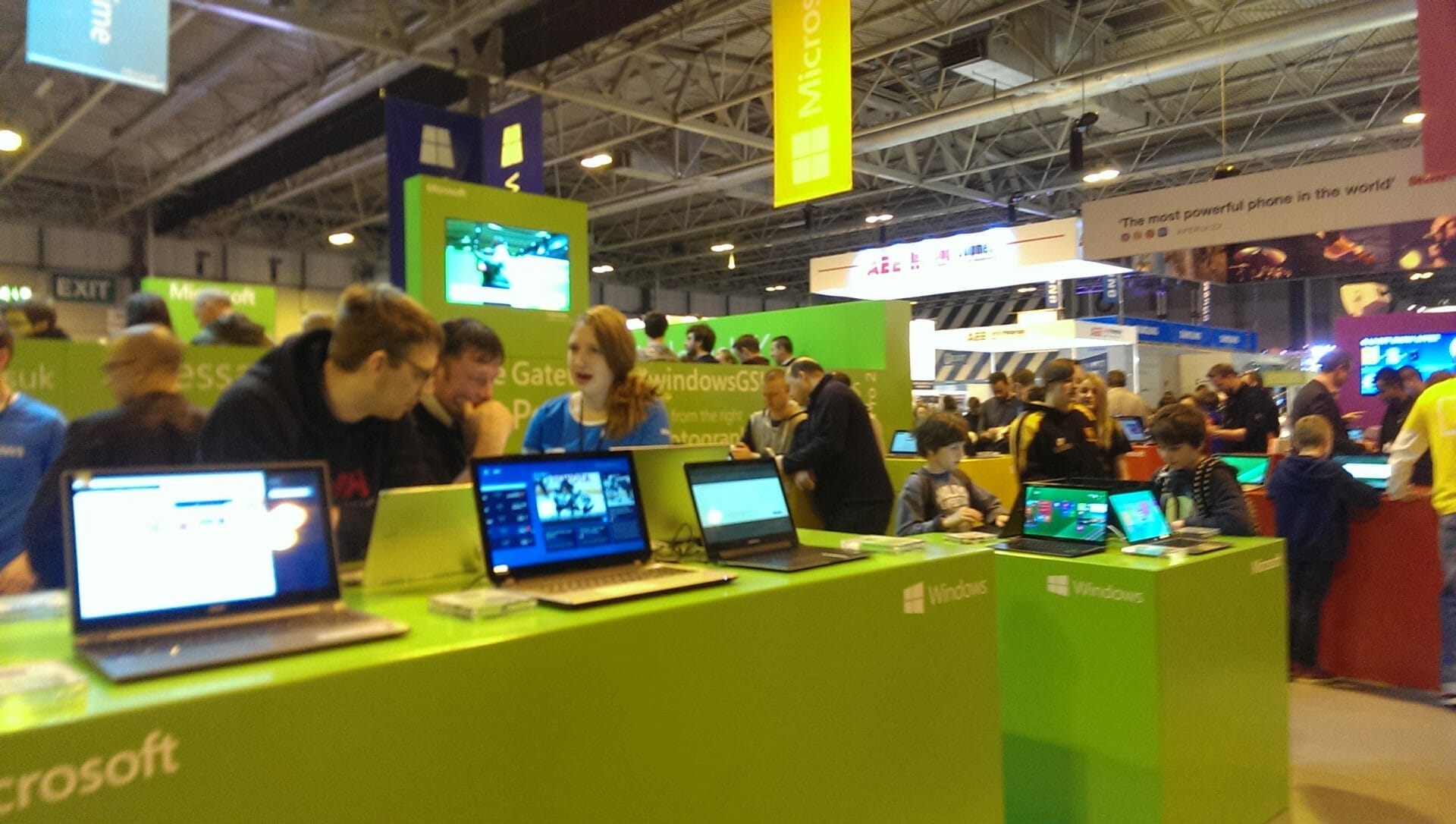 The headline sponsor was Microsoft Surface. I’m tempted by a Surface 2 with a full copy of Windows 8.1 on it but didn’t succumb today. I did pop into the Microsoft stand to discover a range of laptops running Windows 8.1 as demonstrations. I guess that’s the Microsoft effect for you; lots of separate parts. Tactically, I think it makes sense for Surface to associate itself with The Gadget Show.

The live show was good this year but I’ve preferred previous ones. At the start of the event you can text your name to a number and you’ll be in with a chance to win nearly £3,500 worth of prizes – including an Xbox One and Surface 2 (with RT). Therefore no iPad or PlayStation 4 for you. This year to win those prizes the only humiliation you face is being asked to sit on a throne and wear a crone.

The live show features lots of fire and two chaps bouncing around on a specially designed rope. You can buy the rope if you’re so included from a booth in the expo too. There’s the usual gadget race, singing and this year clips from each of the ten years the TV show has run from. I rather liked the mass game of Tetris the crowd gets to play – one third picking rotation, the other moving the dropping block left or right and the last third dropping the block into place. One set of audiences will become co-holders of an officially recognised World Record for their participation and that’s rather nice.

Speaking of guys bouncing around on a rope – there’s rather a lot of that in this summary video. I think the best bits are at the end.

I said at the start of this review the 2014 Gadget Show Live split opinions. Speaking to those who didn’t like it as much as me their reasons are fair but almost mutually exclusive with my point of view. Some didn’t like the presence the smaller companies had; hoping instead for big retailers with discounts. Others wanted more gaming. Others wanted less gaming.

So, is it worth visiting the Gadget Show Live 2014? I think so. It depends on how much effort you need to spend getting to Birmingham, of course, but the NEC is a great location, pretty friendly for wheelchairs and this year they had multiple food courts in attempt to deal with the crowds. Go if it’s easy and let us know what you thought in the comments below.

Review of the Gadget Show Live 2014 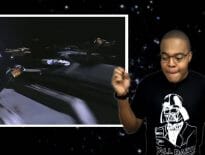 Geek Stuff Common space myths – how many did you know?… 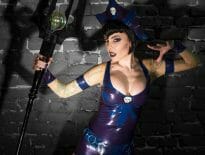