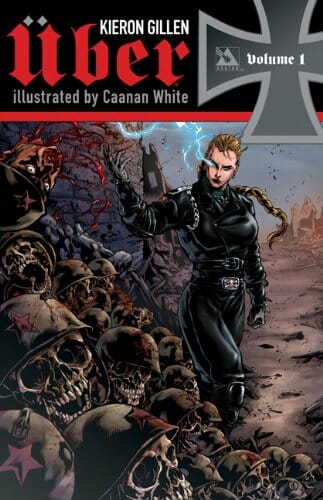 Blood, gore, super-powers and the Nazis; what a heady mix. Uber is set at what would have been the tail end of World War II.

There’s just one catch. The Nazis have just released their final secret weapon – super soldiers. These “Wunderwafen” are brutal. Uber pulls no punches. The pages of this full colour comic book are soaked in blood.

A good word for Uber is “uncompromising”. This alternative history is gripping even if it does target the niche of World War superhero fans. It paints a graphic picture of the war and the devastation caused by it. It portrays historic figures in a way that seems realistic, yet stylized and certainly evolved to fit the new twist in the war.

The art of Caanan White is perfect for Uber. Strong. Bold. Soaked in red and in your face. It’s a cinematic style that lures you closer just so it can punch you in the face.

The combination of Gillen’s story with White’s art is shockingly good. Uber isn’t all about German supermen striding through the ruins of Germany. There are non-human characters in this. These characters are that you’ll quickly get behind and support or characters that you’ll swiftly come to hate or fear and the partnership brings both to life with ease.

Volume 1 of Uber puts together issues 0 through to 5. That’s 176 of war torn super powered horror. It’s frustrating when it stops. You can’t end there!

I recommend Uber. I recommend Uber provided you can take a bit of comic book war gore. This is one of those graphic novels which makes a case to check out other work by the creators. Caanan White is a name to watch and for Kieron Gillen I may just have to check out Phonogram Marvel’s Young Avengers, Invincible Iron Man and Journey Into Mystery. 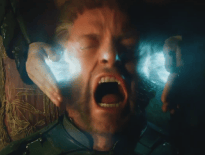 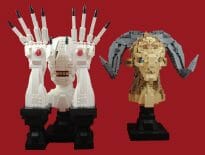