You are here: Home / Games / Tabletop & RPGs / Wheels Within Wheels – A Review of Beyond The Edge: Buried Burdens 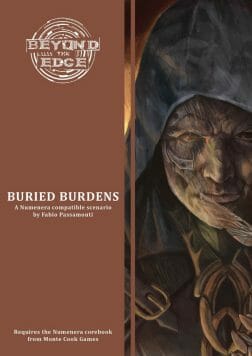 Beyond The Edge: Buried Burden on RPGNow

The townsfolk of Ample Quarry make their livelihood from quartz mining in the Scattered Lands beyond The Beyond. Once part of the Kingdom of Xendalia, that civilisation collapsed millennia ago and what remains jutts awkwardly and mysteriously from the landscape – pillars and pylons of rocks, ceramics or metal. While mining proves might be thankless and unprofitable, the people of Ample Quarry survive – but, now brutish ne’er-do-wells threaten their simple lives… So, the player character step into the fray in this short adventure set in Numenera’s Ninth World.

Form
Beyond The Edge: Buried Burdens is a Numenera compatible adventure written by Fabio Passamonti and published by the Hydra Team as part of a planned Beyond the Edge series.

The 18-page supplement has a landscape format, optimized for tablet and screen reading. That said, the clean and relatively picture sparse format should make it a fairly easy and ink-friendly print.

With print or display in mind, the majority of the pictures would serve perfectly well as handouts for players, each illustrating a key adversary or discovery from the course of the adventure.

Features
In essence, Buried Burdens provides a simple and familiar scenario of employment to aid the homestead of an amicable and inviting patron in return for warm smiles, soft beds and good wishes. That patron, Jonegd, has little to offer – other than a good word for the characters with the local Dust Bedouins – but the text suggests you use one of the old standbys – a message from a relative, a chance encounter, or the pressing need to see a local wiseman on an unrelated matter.

Published under licence from Monte Cook Games, Buried Burdens offers a focussed adventure experience for use with Numenera (or, potentially, any game run with the Cypher system). The game includes page references for ease of accessing information in the core book and GM Intrusions to assist with managing the unexpected in-game.

After GM specific detail on the historical and geographical background of the area and an overview of the troubles, the rest of the adventure breaks down into eight Encounters and an Aftermath.

The adventure includes a map of the Scattered Lands and the key locations included in the encounters, and two of the encounters have site maps. Each Encounter includes Read The Text Below sections, to set the scene (or riff around, should you choose to improvise), followed by an overview of applicable events, friends, rooms, adversaries and loot. Where appropriate, the text includes level information, along with notable exceptions for non-player character strengths and weaknesses.

I liked the adventure because it isn’t straightforward and I can already envisage the gasp/cries of dismay likely to erupt from the table when that becomes clear. The adventure includes just enough information to carry the events through to a conclusion – good or disastrously bad – with plenty of opportunity for creativity, diversion and a sequel, should the GM so choose. With existing or pre-generated characters, the adventure should run through in a single session, two at the most.

While I’m generally happy with the quality of the product – well laid out and stylistically eye-catching – one frustration with Buried Burdens comes from the text itself. I can only guess, but I assume Fabio Passamonti uses English as a second language. This means sentences scattered with almost-translations. Don’t get me wrong – I didn’t find the reading experience difficult; most of the time Fabio writes quite eloquently. However, I feel that a thorough read through by someone who uses English as their first language would quickly clean up the issue.

The other niggle I have comes from the ‘A Thrilling Adventure’ sidebar on the first page. The boxed text suggests how you might upscale the challenge of Buried Burdens for higher Tier characters. Monte Cook makes particular point in the GM guidance of Numenera that a GM should have no need to do this sort of scaling. Characters of a low Tier should simply find a different way to handle an encounter than a party of a higher Tier, while the adversary level and numbers remain the same. The world does not get more difficult, complex and challenging because you’re improving and growing in expertise.

For anyone hoping to get new numenera loot, Buried Burdens offers no new cyphers, oddities or artefacts. However, it does offer two new dangerous creatures and several loose ends with potential to extend the character’s stay in the area.

Final Thoughts
Beyond The Edge: Buried Burdens sets up an interesting, dual-layered challenge for the player characters, with the option for handling most encounters with guile, intellect and combat – or some combination of them all.

I found the physical layout and illustration of the supplement engaging, and the presentation of information clear and helpful. The background of the adventure provides an interesting backdrop for the events and encounters outlined, while offering the potential for further development by the GM and exploration by the characters. Even after successful navigation to the aftermath, the location has potential for more adventure finding out what else lies buried beneath the drit of the Scattered Lands.

Wheels Within Wheels – A Review of Beyond The Edge: Buried Burdens 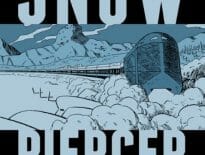 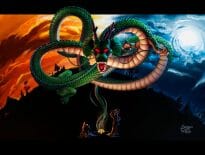