As the West prepares for Final Fantasy XIII there are some early hints that any sequel to the game might not come from Square Enix’s Japanese developers.

The Final Fantasy series is seen as the archetypal JRPG so this will come as a shock to many.

“Eidos has acquired the Square Enix has begun a collaborative project with Mr. President Yoichi Wada has suggested the possibility that the Final Fantasy series has been developed abroad.”

“Wada, president of the Overseas Development Series, ‘under the supervision of the development of Japan, Final Fantasy likely to develop the overseas studio there is always,’”

time to read: <1 min
PC Micro trailer for War of Legends hints at anime an… 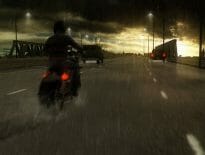