Seen the new RoboCop yet? What did you make of the remake? What about Robocup?

If you’re a fan of the original series – they made three films – or want to catch up then you have a chance to own a host of RoboCop action now. Geek Native has a boxset of DVDs for all three films to give away.

I think my favourite part of old and new RoboCop is the impressive way in which his pistol pops out from the side of his leg. That’s why this competition as a gun element in it as well as some of the usual social missions.

Note: Restricted to the UK due to the DVD zoning rules. You need to be 18 years or older to enter too. The rest is easy; sign into the widget so I can contact winners, click the buttons to reveal missions and complete the ones you want. Each mission is worth points. Points are are chance to win. If the mission button reveals another button; that’s the button to use in the mission.

The stix toy gun is the best

Condiment Gun BBQ-night special, that is brilliant you can shoot your sauce onto your plate!

Hmmm, the condiment gun would be pretty useful.

I love Robocup, but to be honest I love everything about Robocop, been a fan since Peter Weller in 1987!

I like the condiment gun though a lot of condiment could get wasted as everyone would want to pull the trigger a lot I reckon!

Tequila Guns – what a great invention!

I like the Rum Buccaneer Pistol – just right for Pirate Parties….

http://www.firebox.com/product/2089/Condiment-Gun because it would amuse our grand-kids

Rum Buccaneer Pistol. It is obviously glass (not too realistic). My brother likes rum. I personally do not like guns as they are a weapon :- They hurt and kill people etc.

The Rubber Bandit gun looks great and firing elastic bands..could do some damage with that lol

I Love the original robocop, Not has the Chance to See the remake, and i Would Say the condiment gun would be great

I would have to say

I love the Ghost Gun I could have some good fun with this one http://www.firebox.com/product/5533/Ghost-Hunt

The Rum Buccaneer Pistol – for the booze of course!

I like the Ghost Gun because it looks like a fun thing to have and that can be useful when hanging out with friends.

Got to be the tequila shooters! Love tequila <3

The condiment gun as I dont really like guns, but condiments is fun :)

the tequila shooters would be good for a game of Russian Roulette! ;)

I like the Ghost Gun – I think it looks cute if you know what I mean!!

tequila shooters  for some party fun

The condiment gun. Ha! ridiculous and rather good.

The http://www.firebox.com/product/6317/StixToy-Gun – it’s so inventive!

The rubber bandit gun because it looks like a blast!
mcfallsk8er[at]aim[dot]com

The condiment gun – could have a lot of messy fun with that :)

http://www.firebox.com/product/6317/StixToy-Gun  this is so cool, my boys would love this, not sure if i would trust them thouh

i like the http://www.firebox.com/product/6317/StixToy-Gun
it reminds me of days when we made our own toys of of junk!

Love the condiment gun – because I’m a massive foodie!

tequila gun, do i really need to say why ;)

I love the condiment gun, both my kids would think it was wicked :D though would have to get 2 as I think their dad would also like it but he has barbeque sauce instead of ketchup ;)

The http://www.firebox.com/product/5789/Rum-Buccaneer-Pistol is fantastic!! Just what every pirate needs!

Ghost hunter gun, looks fun for me and the kids :-) 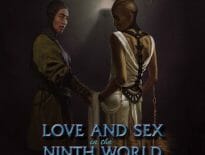 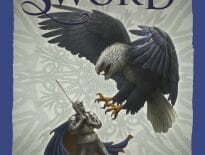