Trademark law is a crazy thing.

On one side we have The Banner Saga from Stoic, an independant developer, who’s made a game that looks great and plays better. On the other side we have King. King make the hugely popular Candy Crush Saga, Bubble Witch Saga, Pet Rescue Saga and others like Farm Heroes Saga.

King don’t own the trademark on Saga but do have trademark on some combinations. They’ve launched action against Stoic to try and stop them using “The Banner Saga” as the name for the fantasy viking game. The catch? King say they’re forced into it.

We do not have any concerns that Banner Saga is trying build on our brand or our content,”

“However, like any prudent company, we need to take all appropriate steps to protect our IP, both now and in the future.

They’re right too. In a way. I’m not a lawyer but I’ve heard this many times before. You don’t get to keep your trademark unless you defend it. 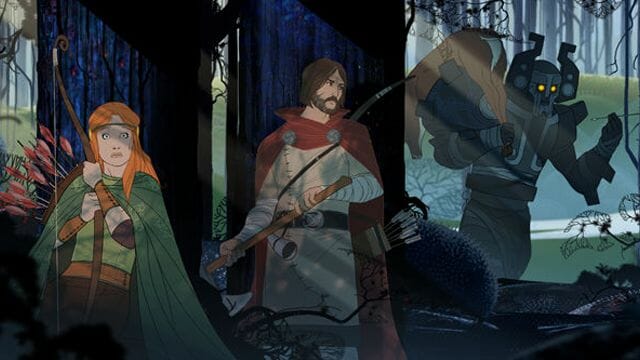 Stoic aren’t giving up. Again, writing to Kotaku they say;

Two years ago, the three of us at Stoic set out to make an epic viking game: The Banner Saga. We did, and people loved it, so we’re making another one. We won’t make a viking saga without the word Saga, and we don’t appreciate anyone telling us we can’t. King.com claims they’re not attempting to prevent us from using The Banner Saga, and yet their legal opposition to our trademark filing remains. We’re humbled by the outpouring of support and honored to have others stand with us for the right to their own Saga. We just want to make great games.

I’ve bought, played and completed The Banner Saga. This all but unthinkable for me. I certainly wish no ill on King but The Banner Saga must continue.

Geek Stuff Be surprised: Labradors can dress as dwarves
💰 Copper Coins 💰 Geek Native is an affiliate and may earn commission on purchases you make from third-party sites.
🍪 Privacy & Cookies 🍪 The site uses cookies to survive. By accessing the site, you agree to use your browser to control cookie use or take 1d4-3 privacy damage (tracking). If you defeat cookies via ad blocking, please consider the Patreon. An intro to cookies, and how to control them, can be found here. I Manage Cookies