You are here: Home / Books / Comics / You ready, rookie? A review of Dredd: Underbelly 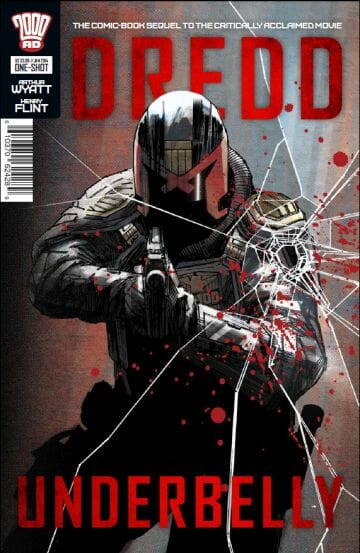 2000 AD’s Dredd: Underbelly is a first. It is the only official comic book sequel to the Judge Dredd movie that featured Karl Urban and Olivia Thirlby.

Not only is this the first official comic book sequel it is the first time that 2000 AD has done a US-format comic book direct to market. It’s Diamond Distribution who are handling he 32-page issue.

Written by Arthur Wyatt and the popular Henry Flint as artist; Dredd: Underbelly picks up from the movie a whole year later. Judge Dredd and Anderson find themselves investigating a new drug, even more dangerous than slo-mo and a gruesome mass grave.

Underbelly feels more like a classic 2000 AD Judge Dredd comic book than a movie sequel. In fact, if you know Judge Dredd you don’t need to know a thing about the movie in order to enjoy Underbelly. The only connection is a mention of the drug Slo-Mo. I suppose we’re hinting at a background issue here with the drugs themselves but with only 32 pages and a plot that starts outside Mega-City One in the Cursed Earth and then explores inside there is no time to pay undue homage to previous plots.

I enjoyed the comic book immensely. This is Judge Dredd. We’ve action. We’ve moral uncertainty and the juxtaposition of that against Dredd’s unflinching certainty. We’ve the horror of life in Mega-City One and the role the Judges play against the criminal tide.

The illustrations strong, the plot develops with a momentum that feels both natural and unstoppable, that does not leave you feeling short-changed while encouraging you to want more. Wyatt and Flint have a classic Judge Dredd here. The comic book feels like a strong bridge from the movie to the world of 2000 AD’s Mega-City One. 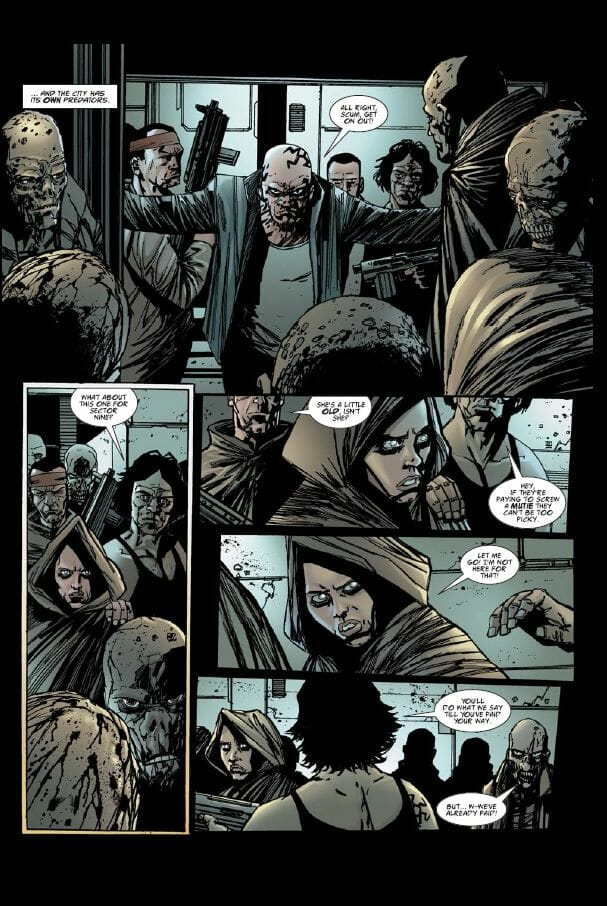 My copy was provided for review. DREDD: Underbelly is out in January and will be available in ebook from the 2000 AD webshop, Kindle Fire, Nook and the 2000 AD iPad app.

You ready, rookie? A review of Dredd: Underbelly

Geek Stuff 7 of the most annoying gamers on the internet
💰 Copper Coins 💰 Geek Native is an affiliate and may earn commission on purchases you make from third-party sites.
🍪 Privacy & Cookies 🍪 The site uses cookies to survive. By accessing the site, you agree to use your browser to control cookie use or take 1d4-3 privacy damage (tracking). If you defeat cookies via ad blocking, please consider the Patreon. An intro to cookies, and how to control them, can be found here. I Manage Cookies