You are here: Home / Books / The weird west: A review of The Six-Gun Tarot 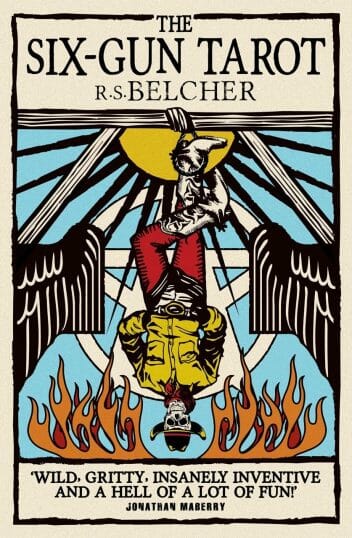 The Six-Gun Tarot in a book all Trail of Cthulhu fans should read. Pretty much all of the rest of us should pick it up too. This story of magic and guns in the wild west easily makes in onto my 2013 Recommend Reading list.

Let’s start with a town in the middle of the desert called Golgotha. It has a sheriff who, rumour has it, can’t die and bares the scares of the noose around his neck. Even the deputy sheriff may be far more than he seems, not white man, not native and perhaps not entirely human either.

Golgotha seems too ooze weird as it attracts the good and the bad. This is a weird west story with the weirdness tucked away in plain sight, matter of fact, into the town’s history. In reminds me of Haven, the TV series, or perhaps Boston from Fringe – things happen, deal add move on.

It’s a young man who staggers in from the wilderness with a price on his head that threatens the daily routine of the adaptable town. He carries with him magic potent enough to cause change.

So how does Cthulhu influenced storytelling meet cowboys and a whole host more? It begins at the beginning. It begins with god and the angels battling against the Great Wurm. This horrible, insane, unknowable and alien foe is our Cthulhu analogy. It’s R.S. Belcher clever storytelling that starts to pull the threads together into a far more approachable and human tale.

A big success of The Six-Gun Tarot is how real the people feel. They make sense. You’ll understand why people do what they do.

What makes The Six-Gun Tarot such in an interesting read is that our characters are all noteworthy. They’ve powers and talents of their own – helpful when you find yourself in a battle save the town, the world and all of Creation. I started the review by name-checking a roleplaying game that blends action with investigation. Our characters in The Six-Gun Tarot are PCs; except their more Deadlands RPG characters in nature than vanilla, normal, people.

There’s a sequel in the works. Good. As I read through the book and encountered more of the characters I wanted to know more about them. Even though everyone had a key part to play in this story I hoped to see more of them. There’s a female warrior in the town, she looks like any other dainty wife of the period except she’s actually a descendant in a line of fighter-mystics. I could have read twice as much about her and it still would not have been enough.

In fact, if I wanted to dig around for a criticism (and digging in Golgotha strikes me as an unwise move) then it’s that the end of the book is a little abrupt. Mind you, this might just be me wanting more of it. Introducing these great characters takes time so when the baddies step up a gear and events unfold quickly.

This is a story of personal conflict and cosmic drama. It’s six shooters and mysticism, magic and machine. What’s not to like?

The weird west: A review of The Six-Gun Tarot 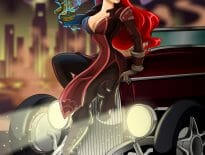 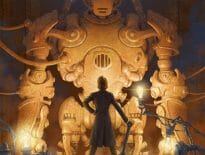