The Irregular Reconnaissance column at Geek Native takes a quick look at serial geeky things. This is the anime branch of the series and it’ll catch you up with the viewing of Geek Native HQ along with notes on where you can tune in. Are you watching any of these shows or have a recommendation of your own? Let us know in the comments below.

This batch of anime represents a mix of blu-ray and DVD bought in the UK and Crunchyroll streaming via the Xbox 360 app.

It is easy to see why this anime is so popular. It’s a mix of action, fantastic plot and pretty good character development. What might seem like a fantasy twist on Neon Genesis Evangelion becomes something else fairly quickly. Expect Attack on Titan cosplay for many seasons to come. You just have to wash your mind out at the suggestion there’s some vore fetish fans watching too.

By the end of series one we’ve a fair better insight into Titan menace and know one hugely significant secret about them. It’s a secret that makes the series much more interesting.

I’ve seen all of Bleach. It’s been part of my life for years. Episode 366 is the last one. The anime follows Ichigo Kurosaki as he goes from being a boy who can see ghosts, to a man who battles ghosts to a warrior who defends mankind from ghostly invaders.
Bleach has a huge cast but it’s surprisingly easy to keep up with them all. The “Soul Reapers” are divided into squads with their own captains and officers. Each squad has its own personality and this makes it easier to follow.
Bleach is certainly worth tuning into if you want a strong action based anime, with little faff and enough plot to entertain. The good news is that the final anime episode leaves the series at a suitable ending point rather than mid-way through.

Campione remains a somewhat a guilty secret and just about stays on my watch list.

In it Godou Kusanagi has become a God slayer by defeating a God of War. This thrusts him into a world of melee and conflict. The battles are grand and flamboyant. Campione is a harem anime. This means that Godou is chased around by a series of buxom beauties who are determined to have him and are willing to share him. Plot-wise this means a couple of bold female “knights” who leap into action when needed.

Where: Crunchroll yes, Amazon yes.
Status: I’ll watch this for a change of pace.

Naruto was another guilty pleasure. It starts off a simple anime for ninja fights; specially powered ninjas in dramatic fights that sometimes last more than one episode (but never hit the Dragon Ball epic scale fights).

Naruto Shippuden is the name of the series after a time jump that ages some of the characters. What’s remarkable is that by about episode 100 the series starts to get clever. Characters you met previously and perhaps once dismissed as an one-off start to reappear, history becomes important and the vast history and mythos of the world starts to move and become an actual plot. Many animes use the threat of something happening as a reason for the characters to go on adventures and stop. In Naruto Shippuden the big threats happen and the characters have to deal.

Where: Crunchroll yes, Amazon Manga UK are up to series 12.
Status: Upgraded from “acceptable” to “good”

My new anime and I’m glad I stuck with it beyond the first couple of episodes as it gets better quickly. We follow Gon in his quest to become a monster hunter like his dad (to ask his dad why he became a monster hunter rather than stay at home as a father). On the way Gon collects a posse of talented friends also attempting to become monster hunters.

By the time we’re up to episode 6 the good guys have started the test to become monster hunters, we have an idea of how hard it is going to be and have some baddies among the rival monster hunter applicants.

What put me off the early episodes is the weird Gon character. He looks like a mutant Astro boy and is a little annoying. 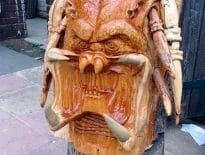 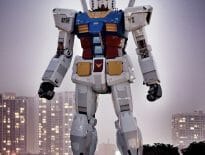