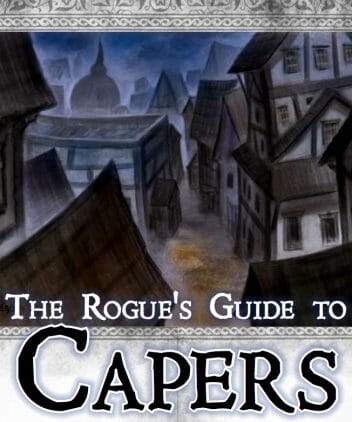 The simple confidence trick has been a fine plot-line for so many stories. From classic films like The Ladykillers and The Italian Job, to modern TV series like Hustle or Leverage, these tales see clever ploys and cons honed to an art form.

With the right combination of talent and the resources, you can turn an ordinary situation into something inordinately more complex and much less commonplace. You manipulate the factors, facts and figures that make up a situation and bounce them off each other to create something immensely profitable.

The grift. The heist. The caper.

Form
The Rogue’s Guide to Capers is a short, focussed 6-page PDF supplement for Pathfinder, written by Frank Gori, and published by Tricky Owlbear Publishing. Sandwiched ‘tween cover/credits and ubiquitous Open Game Licence you have four pages that might suggest renaming that Owlbear as Tricksy…

Features
Between adventures in any tabletop game, certain events come to pass that most groups gloss over. Rather than dwell on the downtime, we skip to the end and sally forth straight into another adventure. Characters might study, craft, research, or recuperate – but the focus tends to be on the outcome… and what if you can’t quite work out how your character spends her free time?

The Rogue’s Guide to Capers takes this thorny issue in hand along with another one – what can the Rogue bring to the party when skills, spells and class-based versatility rob you of your purpose?

Back in the days of the Red Box, the Rogue’s precursor, the Thief, had a whole table of skills only he had access to that made him essential for manhandling traps or sneaking in for a surreptitious shivving. Alas, those halcyon days are no more… with the likes of the cheeky Bard stealing some of that stealthy thunder.

The Rogue’s Guide to Capers proposes that the Rogue still has an edge: the power of coin. The Rogue has more than just a handful of skills – he has the network, the nous, and the marrow-deep drive to pull off the most daring of cons that should make him the richest character, hands down, in the whole of the party.

The detail considers this gradual undermining of the Rogue and how the Caper can provide a new edge. For the Rogue, these are the ways he keeps his skills honed, his senses keen, and his purse brimming. Capers boil down to the Plan, the Execution, and the Getaway – and the rules break these down and consider ways a character can improve their chances.

If you think about episode of Leverage or Hustle, you know it often takes time and effort to get a Grift just so; other times, you have to think on your feet and pull a swift job from start to finish in the same day. The rules cover the relative value and difficulty of each job depending on the location, the value of the loot, and the naïveté of the Mark.

After more than half a dozen sample jobs, the supplement rounds off with half a dozen new Rogue Talents applicable both in the execution of capers and in the midst of adventures.

Final Thoughts
I love the idea of The Rogue’s Guide to Capers and the simple execution proposed, allowing the Rogue to regain a little of his lost lustre and acquire a bit of notoriety between adventures. While wizards scour tomes for magic lore and warriors hone their blade skills, the rogue can reclaim the night and requisition some much needed coin with a few well executed heists.

With such skulduggery common fare on TV and in the movies, why not upon the tabletop by the hand of the ever dishonorable rogue?

Let’s go steal a… : A Review of The Rogue’s Guide to Capers 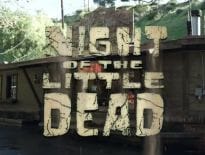 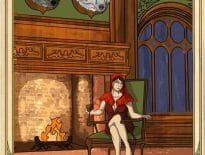