You are here: Home / Games / Tabletop & RPGs / A Billion Years in the Making: A Numenera RPG Review 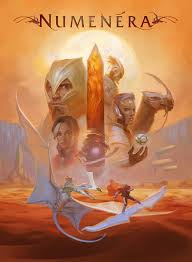 The first offering from Monte Cook Games is the ultra far-future, science fantasy RPG, Numenera. Although Mr. Cook is best known for his work with the D20 System and the Dungeons & Dragons RPG, Numenera utilizes a completely new system designed with a focus on storytelling and bringing this unique setting to life.

Although Numenera was one of the most successful tabletop RPG’s ever launched on Kickstarter, I was a little late to the party and didn’t really pay attention to this game until a few weeks ago. I picked up a copy of the core rules and I can say without hesitation that Numenera is destined to be one of my all-time favorite RPG’s.

The first thing that grabbed my attention was the fantastic layout of the book. The information is organized in a logical manner and builds nicely upon itself. Examples are relevant and plentiful, while the artwork does a solid job invoking the unique nature of the Ninth World. In addition to a complete index, important terms throughout the book are highlighted in the margins with a page number reference (I’ll use a lot less sticky notes).

However, to me the most significant aspect of the layout was the degree of “rules transparency”. Mr. Cook does a great job of presenting the elements of the game and also explaining why he selected those elements and what they are designed to accomplish. Not only does this make for a refreshing read but greatly helps in comprehending the fundamental paradigm of the intended Numenera experience.

Upon my first read through I wasn’t entirely sold on the mechanics of Numenera. However now that I’ve had the chance to run the game I can honestly say that I love the system. Numenera features a couple of core concepts that really speak to me as a GM.

In a nutshell all actions have a GM set difficulty that sets a target number that must be rolled equal to, or exceeded on a d20. The refreshing thing is that modifiers can only lower the difficulty, things like skill training, assets (equipment, good positioning etc.), and most importantly Effort.

Effort is the element that really makes the mechanics of Numenera stand out. Each of a character’s three stats (Might, Speed, and Intellect) feature a pool. Players utilize these pools to activate abilities and apply “Effort” to the tasks they are attempting by lowering the difficulty. Of course these same pools also represent your character’s health so deciding when, where, and how to spend your Effort is a major consideration.

I found the rules easy to explain to my gaming group, none of them had a chance to read the rules in advance but picked up the fundamentals quickly. They appreciated the game’s simplicity, but they were really impressed at the depth and complexity of the game. They commented that they felt that their decisions (in and out of combat) were always important and meaningful.

Although I’m not really one to tinker too much with the rules, Mr. Cook does an excellent job presenting optional rules as well as lots of insight and suggestions for making Numenera your own. “Breaking” the system seems like it would be difficult but there is plenty of room for modifications without throwing the whole system out of whack.

For many people the unique setting may really be the primary draw for Numenera. The Ninth World is set on earth roughly a billion years in the future. Eight previous worlds have come and gone, each leaving behind bits of ultra-tech known as numenera. The previous worlds were capable of truly amazing feats, such as interstellar travel, dimensional exploration, stellar and planetary engineering, energy manipulation and more. But those eras are long since gone.

On the surface the Ninth World resembles a fantasy middle ages; farmers work the land, nobles rule kingdoms, and foul creatures haunt out of the way places. But the influence of the numenera is everywhere; floating monoliths, kingdom-sized machinery, and pervasive nanotechnology have influenced the peoples and history of the Ninth World.

The heroes of Numenera are bold explorers that seek out the ancient artifacts of the past in order to build a future. Players build their characters using a simple, fill-in-the-blanks sentence; “I am a (adjective) (noun) who (verbs). The noun is your character Type, the adjective is your Descriptor, and the verb is your character’s Focus, as in “I am a Charming Glaive who Focuses Mind Over Matter”. Your choice of Type, Descriptor, and Focus shapes your character and grants specific abilities, assets, and flaws.

One of the coolest aspects of character creation is how your choices connect you with various campaign elements, including the setting, the party, and at least one other character. As a GM I’ve always felt that having your character “connected” to the campaign is one of the most important factors contributing to a rewarding game experience.

If you think you’d like to give this game a shot I recommend reading the rules completely and making sure you understand the author’s intention and the game’s assumptions. Try to resist making the game fit what you’re familiar with and instead embrace the Numenera paradigm.

I really like Numenera, but like any RPG how well it will work for you and your group is heavily dependant on your gaming style, mechanical preferences, and group dynamic. For my group and my GM style Numenera fits perfectly. If your group likes a fast, simple system with room for tinkering, and a fresh take on “fantasy”, you too might find this game to your liking.

Availability: Numenera can be purchased DriveThruRPG as an eBook.

Nice review, John. Can’t wait to play the game. The book looks fantastic and Monte Cook is a legend in the gaming world. I hope this games goes on to be properly supported for the long-term. I could see it doing really big things with the fact that it is a very unique setting and it is written by someone who actually knows his stuff when it comes to RPGs.

I an currently reading through the rulebook. No RPG system has ever excited me quite like this. It is an elegant system which feels like it has built on all that comes before, but also makes some genius jumps. It feels so cohesive. Then there is the setting. Amazing concept. I sometimes just stare at the artwork and feel a sense of awe. It just prompts so many questions. What IS that? What does it do? So much very cool stuff. Literally cannot wait to run my first game.

Barry Stephenson I’ve still not found the time to dig too deep or play the game – despite being a Kickstarter backer. I’m eager for the taste too!
You’ll have to let us know how your first game went.

A Billion Years in the Making: A Numenera RPG Review 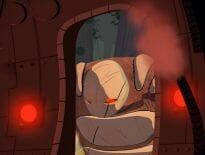 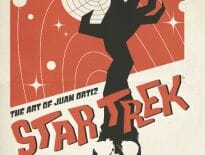