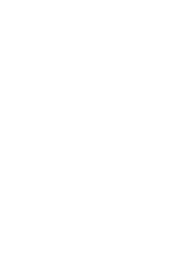 Do you know much about the origin of the roleplaying games hobby? Perhaps you know Gary Gygax published Dungeons & Dragons in 1974? A gamer geek might remind you that it was Dave Arneson and Gary Gygax who published the game. D&D was actually a cariation of the Chainmail war game too.

Neal Tringham is an author who writes about this sort of subject. His A First Survey – Science Fiction Hobby Games was released in May of this year and serves as a history and guide to tabletop gaming in the genre. In addition to RPGs the survey also covers model and counter based wargames.

The book is based on Tringham’s contributions to the Hugo Award winning edition of the Encyclopedia of Science Fiction.

Neal has kindly given Geek Native permission to print the entry for the Tribes of the Crane PBM which appears in the book.

Tribes of Crane, The

The eponymous planet on which The Tribes of Crane fought their endless battles was an intricately detailed but somewhat unremarkable world which bore a passing resemblance to many of the less distinguished planetary romance venues of the 1970s, from Lin Carter’s Callisto to the Kregen of Kenneth Bulmer’s Dray Prescot. (John Norman’s Gor was acknowledged as a particular influence, though Crane contained no sexual content.) Thus, the game was devoted to the exploits of nomadic tribes which roamed its harsh lands and seas from pole to pole, fighting, exploring, trading, and searching for ancient artefacts and the secret places of the world. As a game design, however, this was a genuinely innovative work. The Tribes of Crane was the first commercial play by mail game to be moderated by a human gamemaster (at first entirely, and later with the assistance of a computer). This allowed players – who adopted the roles of leaders of particular tribes – to submit special orders with their turns, instructions which were processed by a human being and could thus include any action imaginable rather than being restricted by a predesigned set of rules. This flexibility, combined with occasional opportunities to enact the role of a particular individual rather than that of an entire clan and the potential for games to continue indefinitely, made Crane‘s gameplay resemble that of a tabletop role playing game far more closely than that of a board and counter wargame, the standard for such earlier play by mail games as Starweb (1976 Flying Buffalo) designed by Rick Loomis. Given that most early online worlds were to some degree temporary – even the original multi user dungeon, MUD1 (1978–1980) designed by Richard Bartle, Roy Trubshaw, was wiped clean and restarted as soon as players had acquired all of its hidden treasures – it is notable that Crane may have offered a truly persistent experience of remote role playing before any videogame. Certainly many features of later MMORPGs, from regular newsletters to the victimization of new players, were first seen in this work and its immediate descendants. The original game was eventually discontinued by Schubel & Son, though variants continued to be run by other companies for some time thereafter. Currently, however, no instances of The Tribes of Crane are known to be commercially available.

The phrases in bold are references to the book’s glossary, which are emboldened in printed copies and presented as hyperlinks in eBook versions.