You are here: Home / Music / Nothing to Prove – Geek Girls and The Doubleclicks

This is all types of awesome and earning thousands of views. It’s a simple formula; the melodies of The DoubleClicks combined with very simple messages from geek girls.

When did geeks get so elitist?

My favourite message in the crowdsourced music video is a comic book and game shop owner who finds that people just assume she’s in the store to humour her husband. Really?

If you’ve not watched the video yet then watch out for the special guest stars. Some usual faces – celebs who are usually awesome too.

Hi, I’m the comic/game shop owner from the video. One of our customers pointed out your article to me! Yes, it’s true – plenty of people believe I “let” my husband open the shop because I’m such a tolerant wife. The truth is, we met when *I* was working in another comic shop and he was one of our best customers! We’re both big geeks. We’ve worked to make sure our shop is woman-friendly (and EVERYBODY-friendly, really), and our customer base is about 30% women now. I think the video turned out really well and I’m honored to have been… Read more »

Super cool to have you turn up at the blog :) Don’t know if you want the attention or not but maybe we could think up an angle to allow for a post just about your store – um, a guest post about running a games & comic store? thoughts about the topics mentioned in the video? Or perhaps you could just review a favourite game or comic book? :)

I’d be happy to! I easily could write about any of those topics. We’re 8th Dimension Comics & Games in Houston, Texas.

I’ll drop you an email tomorrow :)

@Annie Bulloch I wish there were more women that were geeks. I think that most geek women are MORE beautiful than all others that are not geeks. At least geeks are who they are and they accept themselves. They are real and not putting on an act. I wish there were more like you.
Chris
Advertising, Photography, Research
for an auction in Daytona Beach Florida

This is great! I do a interview series of lighthearted flufffy interviews called Real Geek Girls… that… ALSO… hits a few Feminist notes. (www.realgeekgirls.net) This was really cool!

Nothing to Prove – Geek Girls and The Doubleclicks 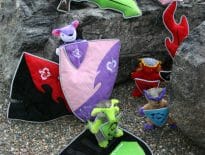 Geek Stuff Forge of Honor: Roleplaying parents can defend the… 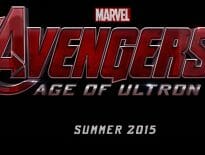 Movies Who is Ultron in Avengers: Age of Ultron?
wpDiscuzComment Author Info
Manage Cookie Consent
This site uses cookies 🍪, and links are ads that may earn bloggers some money 💰, and with this alert, I very much hope that these dark truths 🧌 are acknowledged.
Manage options Manage services Manage vendors Read more about these purposes
Preferences
{title} {title} {title}