Red Aegis launched today as a Kickstarter asking for $25,000. We’re already at $10,000+. There’s big names associated with the project including Ed Greenwood, of Forgotten Realms fame and former West End Games editor Miranda Horner but it’s the co-owners of Vorpal Games, Matt James and Brian James, who are heading up the project.

Geek Native asked Red Aegis’ lead designer, Brian James, some questions about the setting – after all, what’s this about not getting to keep your character after one session?

For anyone who can’t watch the Kickstarter video right now – give us the “three sentences only pitch” for Red Aegis. Why should busy gamers dig into their pickets for the game?

RED AEGIS is an epic, millennia-spanning, strategic roleplaying game where you command successive generations of heroes from the setting’s ancient past to the far future –from axe-wielding barbarians to spell hurling wizards and space marines packing gravity hammers, and everything in between. All of history is your playground. In RED AEGIS the legendary heroes of the setting are not characters from a novel or faceless NPCS read from a timeline. They are YOU!

In Red Aegis players take control of bloodlines through history. Why did you want to take that approach? What would you say to players who are worried they’ll not be able to enjoy the game if they can’t get into any one character?

In most roleplaying games the story of a campaign takes place during a single period in history. We at Vorpal Games wanted to design a system where actions of your character in one age would become the legendary exploits sung of in bards’ tales during the next age. The game assumes that in each subsequent age you’ll be playing a descendant of your original character. But given that RED AEGIS embraces many fantasy tropes, there is no reason why a player (with GM permission, of course) couldn’t play an immortal (Highlander-style) and watch his/her fellow players die of old age. 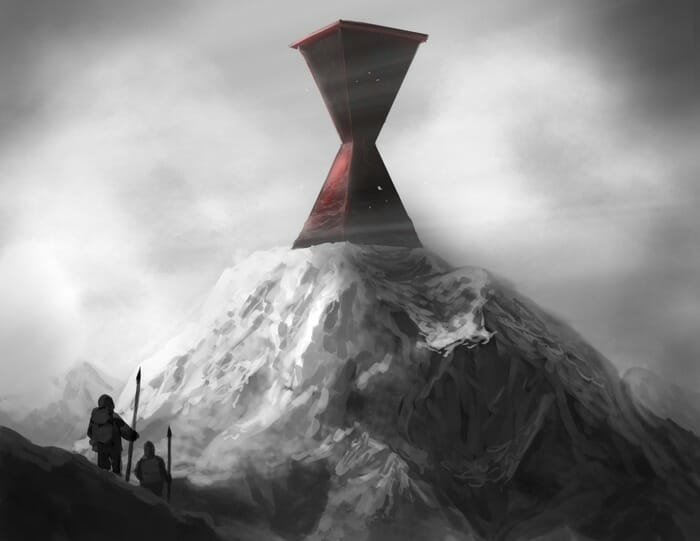 In the game you play a new character at the start of each session. Is that a hard rule? Are adventures that take quite a few sessions to complete out of spirit for the game?

The default assumption of the system is the group plays a ten session campaign, where the timeline advances each session. We will, however, offer guidance in the Corebook for groups that wish to play longer campaigns or focus on a simple time period. The intent behind the 10 session campaign is to encourage groups to start and, perhaps most importantly, complete a millennia spanning story arc in a manageable amount of time.

Can you describe how the skills and powers are passed on down the bloodline? Is this a nod to the fact that some gamers like to see their character’s abilities progress as the story unfolds?

In Red Aegis, the actions of your tribe affect the world around you. As the game advances from one age to the next, your dynasty improves in one of three core disciplines: Science, Arcana, or Divinity. Improve science, for example, and your tribe gains access to new technologies similar to those discovered on earth— from Bronze Age weapons to plasma rifles; from chain mail coats to mechanized exo-suits. RED AEGIS is very much like Sid Meier’s Civilization in this respect. Similarly, advancements in arcana opens you tribe to new strata of elemental mastery and spiritual power respectively.

In RED AEGIS, the advancement of time is our character leveling mechanism. Our system does not have experience points. A character playing in the second age is effectively a 2nd-level character. The discovery of “Iron Smithing” you unlocked in the first age, for example, is passed along to each of your descendants and, as such, is available to every hero in your dynasty for the rest of the campaign.

What does character generation look like in Red Aegis and the Loremaster Game System?

Character generation in RED AEGIS begins with the players collectively forming a tribe and establishing an ancestor mound. As the game progresses, your tribe will develop into a proper civilization with your capital city rising up around the tribal mound. Your party must then collectively agree on which discipline (science, arcana, or divinity) your tribe will focus on initially.

After the tribe is established, each player then rolls up their unique clan/bloodline. Each clan belongs to a caste, roughly analogous to their role in society. You can think of caste as being similar to a character class in other roleplaying systems. For example, the James clan may be proud members of the warrior caste while clan Girdwood is renowned for their lineage of spellcasters. Each clan has additional attributes such as totem, vice, virtue, favor, and retainers but some of these details are still in flux.

Finally comes the hero—the specific adventurer you play for a single age. The hero gets most of his or her abilities from the clan, but does have a handful of attributes to set them apart. Each hero has a birth sign, profession, demeanor, station, and motivation. But remember, heroes in RED AEGIS are meant to be expendable, or at the very least will die of old age. Don’t get too attached a specific hero! As Lord Tywin Lannister from A Song of Ice and Fire would say, “Family above all else!” 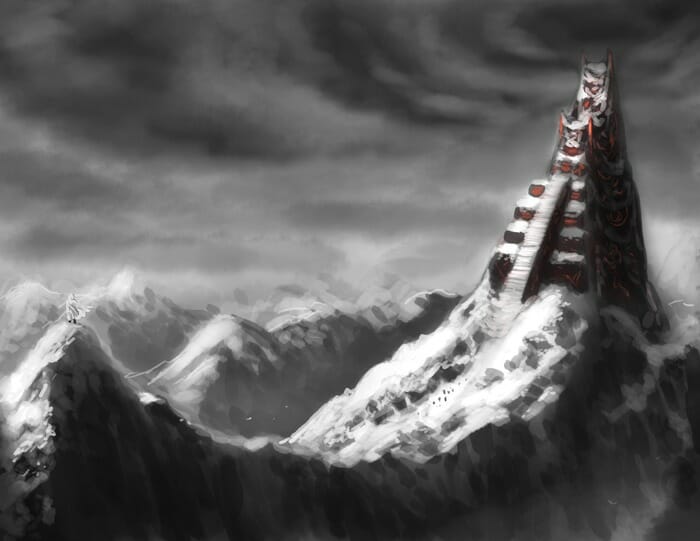 Red Aegis is about making hard choices and Loremaster encourages rotating GMs. How do you imagine that’ll play in real life? Will gamers throw increasingly tough decisions at each other as they take turns in the GM’s chair?

In many roleplaying systems taking on the role of game master can be quite a time commitment. We really wanted to minimize the amount of preparation needed to run a game of RED AEGIS. Each session of RED AEGIS is a self-contained story. Each story fits into an overarching plot that spans several time periods, granted, but the game master selected for a particular day needs not worry about that. They only need to prep for the specific session or two they are going to run. In fact, players will be incentivized with in game bonuses to their bloodline if they volunteer to be a game master. Though the game is designed to be a cooperative experience among the players, we are toying with an idea that might reward one clan above all others in the final confrontation during the 10th game session.

How does the tactical element of Red Aegis come into play?

The tactical phase plays out much like many other roleplaying game. You play your hero though a series of story and/or combat challenges that result in the completion of some objective. Combat is currently mechanics lite and gridless, though we may provide an optional module in the Corebook covering rules for miniatures gameplay.

The strategic phase happens at the end of each age/game session. This is the phase of play where you advance your tribe’s disciplines, rally new followers to your clans, and make pacts with neighboring civilizations.

Anyone who backs the Kickstarter at the Associate Game Designer ($250) gets a small section of the corebook to design. Isn’t that very brave of you? What if people get it wrong or simply can’t do it?

Our motivation for the Associate Game Designer backer level is to offer a meaningful opportunity for a fan to shape the game through a real design assignment (not simply naming a city, or NPC as other RPG Kickstarters have done). Most of these folks will be unpublished individuals looking to get their foot in the door of the game industry. The extra cost associated with this reward level is really for the one-on-one mentoring the backer will have with an established game designer, who will offer advice, critique design work, and so on. There should be no pressure for a backer to turn over a perfect design. Our fantastic editors are here to make every designer’s work shine!

There’s a big and impressive design team on Red Aegis. Does this reflect Vorpal Games’ ambition and budgets? The next giant RPG publisher? Computer games next?

Very early on Matt and I knew we had to have Ed Greenwood on the team. I had the great fortune to work with Ed on my very first design project, The Grand History of the Realms, and we have been good friends ever since. Once we had Ed on the team, we contacted other skilled designers in the industry to see if they were interested in contributing to our mad scheme. Thankfully, they all agreed! Our ambitions are set foremost on delivering high quality books to our backers, followed by a series of digital tools (one to craft your character, another to track your lineage, build combat encounters, etc…) Only after we succeed on delivering that promise will be turn our focus to other, grander, schemes. A RED AEGIS video game? I like the way you think!