We already have some of the early line up for Jet City Comics.

An original comic adaptation of George R.R. Martin’s story “Meathouse Man,” illustrated by Raya Golden, and a re-release of “The Hedge Knight” by Ben Avery and Mike S. Miller, a prequel set in the universe of Martin’s best-selling A Song of Ice and Fire epic fantasy series (the inspiration for the hit HBO program Game of Thrones). “Meathouse Man” will be released as a single issue comic in digital format in October 2013; “The Hedge Knight” will be released as a collected graphic novel in print and digital formats in November 2013; and its sequel, “The Sworn Sword,” will follow in early 2014.

An adaptation of Hugh Howey’s bestselling dystopian novel Wool by comics veterans Jimmy Palmiotti, Justin Gray, and illustrator Jimmy Broxton, where the remnants of humanity live in a massive silo hundreds of stories below the surface of the ruined and toxic landscape of Earth. Wool was a #1 bestseller in the Kindle store and is one of the most-reviewed science fiction novels on Amazon, with almost 6,000 customer reviews. It will be released as a Kindle Serial, as six individual comics issues starting in October 2013, followed by a collected graphic novel in 2014.

Six original comics from The Foreworld Saga, the bestselling alternate history series that began with The Mongoliad (a serialized novel collaboratively written Neal Stephenson, Greg Bear, Mark Teppo, Nicole Galland, Erik Bear, Joseph Brassey and Cooper Moo). The first Foreworld comic, “Symposium #1” by author Christian Cameron and Illustrator Dmitry Bondarenko, details the origins of the Shield-Brethren in Ancient Greece in the days following Athens crushing defeat to Sparta in 394 BC. It goes on-sale today, with new installments releasing monthly before being collected in a series of graphic novels in 2014.

Amazon has been increasingly engaged on the publishing front in recent months, including steps to empower fanfiction. The reasons seem clear; Amazon would like these titles created so that they can be bought.

It remains to be seen whether Amazon will launch a rival to Comixology and other comic book aps. Amazon’s Kindle app is popular on iOS and Android devices but doesn’t allow for the same digital comic reading experience as the specialist aps.

I swear Amazon is becoing the next microsoft: Stick to the thing you are good at guys. Amazon, you sell other peoples books, microsoft you build operating systems and hardware.

Stick to your strengths, becuase this is just flooding the market with more unnispired cash ins: I seriously can’t wait until comics become unpopular again… Maybe then we’ll get back to quality over quantity. 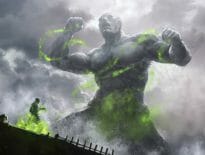 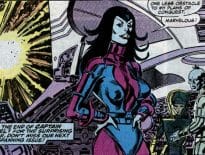