So Dark is a short film by the British writer Al Lougher. It’s actually episode 19 from Stage 5 TV’s The Continuum which hosts a collection of attention grabbers.

Police have no idea that the man they’ve arrested for a murder on a late night train is actually a vampire with a conscience and the man he killed is a pedophile. Trouble begins when a vampire hunting FBI agent turns up with a little too much knowledge and a fondness for torturing vampires.

Lougher is working on a movie version for So Dark.

Take advantage of this teleport link to randomly discover a new short film. 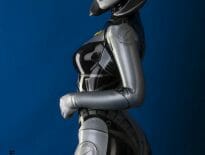 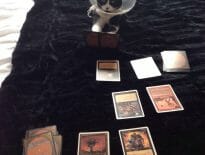