You are here: Home / Geek Stuff / The amazing Escherian stairwell illusion video and the myth

Check out this poor quality but interesting video.

It looks like LiveLeak has dug up some old video of some remarkable design. Got to wonder how such an incredible set of stairs was built and you might even wonder why you’ve never heard of the Escherian Stairwell in building 7 in Rochester before?

The answer to that last question is that the stairwell is a failed Kickstarter. The team wanted $12000 but only raised $940 from 30 backers. Of course, the Kickstarter project wasn’t to build the stairs… it was to fake it. This was a project to build a modern myth.

Although the Kickstarter failed (and videos supporting it are vanishing from the web) I suspect the myth may succeed. If the video is out it is out. People will watch, not ask questions but tell their friends.

I don’t understand the point of wanting to fake this, especially coming from an institute of technology. Seems like a waste of time, and I’m glad that people decided to give money to other Kickstarter Projects.

You don’t have to understand. It IS a fake and a lot of douchebags will be fooled and give money away. There is a sucker born every day…that is how the Apple got popular.

There are also a lot of “douchebags” that are incapable of recognizing any technology that changes the world, popular or not – though admittedly this is not, it is just a pretty well-edited video that is fun to watch.

for the power of psychological warfare, we are all controlled

I like a good hoax – one that does no harm, gives people a period of marvel and wonder. I was about 70% convinced that they had pulled off an actual 3d illusion (not a fake vid) – thinking that the entire stairwell structure was greatly tilted … i was trying to think how they could climb and stand in such a normal seeming way – all that for about … maybe 3 minutes. It was fun. The amount they asked for was outr of wack, however.

me too, i was really hoping there for a bit, of course the physics contradictions were bothering me so i researched until i found this page…

The problem is that the gravity of the project is lost on RIT. RIT has greatly harmed its credibility with this hoax. If I ever encounter someone claiming to be an alum of RIT I will think less of them because of this hoax.

well aren’t you a Sourpuss McMeanypants. What is the harm? what if the individual achieved great things while at RIT and was not associated with this harmless prank?

It was a prank asking for money?

The kickstarter video tells you it’s a prank, though. That’s the idea. It wasn’t like it was a con job.

Yes it seems like the idea was to use the money to create a ton of videos, social media.

He states this quite clearly in the very beginning of the Kickstarter video. He wants to create a myth. Its an art project, not an engineering project.

@TimBukTwo Just watch the kick starter video. Yes its a prank/myth, but its a “How do you create a Prank/myth in the digital age art project?”

Not saying its good or bad, its art.

Yes it seems like the idea was to use the money to create a ton of videos, social media.

He states this quite clearly in the very beginning of the Kickstarter video. He wants to create a myth. Its an art project, not an engineering project.

@TimBukTwo Just watch the kick starter video. Yes its a prank/myth, but its a “How do you create a Prank/myth in the digital age art project?”

Not saying its good or bad, its art.

You’re just pissed that you didnt come up with something this hilarious and get loads of credit for it. Pfffft.

i want to prove it to myself. where is that staircase located?

I’m confused. So the stairwell doesn’t exist? How did they fake it? Got twins? I don’t see any jumpcuts.

it is spliced video; just a bunch of idiots raising money to create a lie

Easy to do with modern buildings – every floor looks the same!

the diagram is wrong. there are two flights going up not one-not sure how they did it and I clearly saw your explanation but it dosnt fit what I see

Wait, so it’s not real? I am so confused.

You know, you can’t see jumpcuts in Hollywood movies, either. There’s nothing to this with the right editing software…

You obviously have no idea what a jump cut is, you can clearly see them in any hollywood movie. it’s a very abrupt editing technique.

Myth busted: this is instruction: http://filespeedy.net/download/45348/ODg5M

This is a bullshit idea with no purpose whatsoever other than creating more chaos in the world and getting people more confused. I’m glad it wasn’t founded.

What a totaly grump you are. Dude..lighten up!

…the top landing is almost twice as wide as the bottom landing, for the stairs to look the same, the must decrease or increase in width altering the viewers perspective, however, I can’t figure out the height issue.

…the top landing is almost twice as wide as the bottom landing, for the stairs to look the same, the must decrease or increase in width altering the viewers perspective, however, I can’t figure out the height issue.

Very well played until you check out his friends list on PerfSpot, not bad for an old dude @ 50+. I hope it dragged out the attendance you needed, you earned it.

Even if it was a prank, it was fun to watch. I loved it!

I like how people seem to think it’s easier to create this staircase than to edit the video. I’m worried for the future of the world.

the Black guy being interviewed in the first place looks upwards, which tells obviously there is a stair case going up on the other side but when the video person walks around he goes down to meet that dude which means if that guy had to see the direction of the stairs he shoud have seen downwards not upwards, i mean its just my observation…. which first told me that its a fake… and i did a 10 second thinking after i first saw this video, and i totally knew it was impossible…

Roll a ball from the “top” of the stairs……

Ironically, although they failed to raise enough money to do their mockumentary, the bit they did film (in between the explanations of the KickStarter project) seems to have developed a life of its own and pretty much negated the need for the mockumentary. As for how they filmed the stairwell segments, it’s a pretty uniform piece of architecture, so as long as the same person holds the camera in the same position and stands in the same position, it’s fairly easy to splice together two videos and make them appear the same. Even with the tour down the staircase, the… Read more »

I can at least explain the parts where virticle split screen is used: https://www.youtube.com/watch?v=WzfdpY29nAs

Look at the video at 2:14, in the scene where a couple talks about the “architectural trick” as two kids play up and down the stairs.﻿ The boy in red does the normal bit of appearing at the top, walking to his right and then appearing at the bottom of stairs on the right. But at 2:14 a kid in red abruptly emerges from the out of the center wall at full-size, not at the bottom. He is not in left foreground camera but is briefly in front of the right camera. Bad edit exposes the ruse.

Also, notice the lighting at the top of the stairs to the left when Rosie first goes up, then when she appears there a 2nd time after completing the circuit .The lighting is completely different. The 2nd time you can see bright lights and her shadow sharply outlined on the left wall at the top of the stairs. Obviously different stairwell. Also the first time she walks out to see the narrator, they are never in the same framed shot. Just a smidgen of her hair on the right side makes it appear that they are.

Final comment. In the hand-holding segment, the narrative speaks with the man in cap, then as he starts to descend completely blocks the view of the man, who can be glimpsed only briefly after the narrator walks past the camera. Plenty of opportunity to left a siimilarly-dressed man take his place while he scoots behind the camera and around downstairs.

This is psychological warfare on the mind just like 911 people believe the official narrative. People need to think for themselves and use all 5 senses. Question all that you see and read, do not believe the puppet masters that control the world.

The amazing Escherian stairwell illusion video and the myth 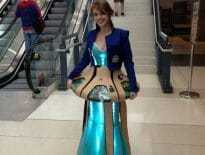 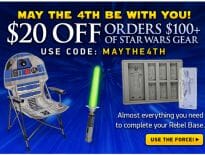