According to people involved the BBC came close to launching an animated series of Doctor Who. They invited animators and studios in to present concept art for the proposed series. The plan was to feature all eleven Doctors; something possible with animation although it would have been controversial.

Dan Norton has shared some of his concept art on Deviant Art. He notes;

Yeah man, we were so close… Had a few revisions creatively that were requested and so we retooled. It was going to be epic man. End of the day, BBC didn’t want anything to distract from production of the tv show. Well, what was close to happening didn’t. Since the BBC eventually passed on, you will be rewarded with! This is the pitch poster I had only 7 hours to do. Starting to with first Doctor, the series would have touched on all the versions and filled in some gaps.

Via Charlie Jane Anders at Io9. 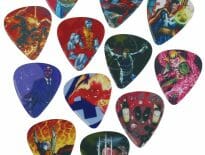