What happens when you send a journalist who, by his own admission, couldn’t even make it through a Lord of the Rings film to interview a large roleplaying club in London?

The results are surprisingly pleasant for the gamers. There is, of course, a catch. The club’s venue, a room in Lewisham Hospital, is at risk from the austerity measures and cuts being dished out by the Health Secretary Jeremy Hunt. Gamers are less of a target than politicians.

The article by Mark Chandler appears on This is London, a Gannett owned paper, and is titled Lewisham Hospital role-playing wizards take on Jeremy Hunt.

Why does this make the news at all? RP Haven is a big club; around 120 gamers.

Some quotes from the article;

In one corner of the room people are playing a game featuring time travelling superheroes which has been going on for a staggering two years.

Meanwhile, across the room, a group of men and, yes, women are playing a dark game based on the works of HP Lovecraft featuring ritual sacrifices, characters going insane and a table full of snacks.

I can see where the title of the piece comes from. It may be worth noting that the group isn’t political. Club founder Garry Harper even makes that point when he’s asked whether Jeremy Hunt will be appearing in any games. Garry replies;

“That’s too political for us,”

That said; some of the group have marched against the cuts. They want the hospital to remain part of the community and not a building in which medicine happens. 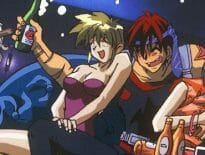 Anime Anime Limited reveal the anime charts for the UK 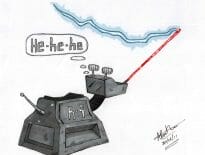