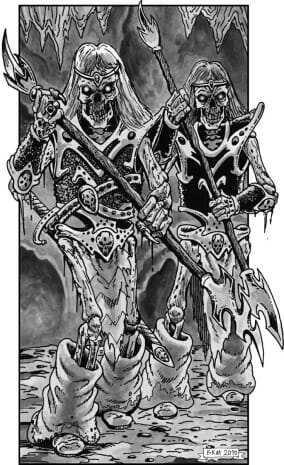 Creighton Broadhurst worked with Wizards of the Coast for nine years before founding the RPG publisher Raging Swan Press. Creighton says he runs the company for “fun and the joy in creation” and has steered the company safely to its third birthday. Geek Native wanted to know what the trick was. How do you have fun and take your own RPG company successfully to year three.

When does Raging Swan turn three? How the did the company come about?

Was your time at Wizards of the Coast fun?

I didn’t actually work at Wizards of the Coast, but I did do a lot of freelancer work for them as a member of the Circle of Six managing the Living Greyhawk campaign as well as contributing to a variety of books and supplements. I learnt a tremendous amount working with the various folk at HQ and it was a very rewarding experience. Working freelance for Wizards gave me a solid base of skills that I’ve translated into my work at Raging Swan Press.

How do the Raging Swan and Wizards of the Coast experiences compare?

Totally different! For Wizards, I was normally given a design brief and told to go forth and design. Obviously, I was constrained by that brief and so whatever I was working on had to fall within its parameters. With Raging Swan, if I fancy writing about half-fiendish mutant death squirrels I can. (Whether anyone would buy such a product is of course debatable but at Raging Swan Press I have total creative control). I’ve also had to learn any annoying amount about website design, marketing, business administration and so on. That part of the job has been as thrilling as you might imagine.

Is working on Raging Swan projects still fun? What keeps it fun?

Absolutely, yes. I’m very lucky to be able to stay at home and work on my hobby every day.

What tips would you give to new publishers coming in to the market to help them get to their third birthday?

“It’s a depressing fact, but most publishers seem to give up too quickly.”

This could be a very long answer.

It’s a depressing fact, but most publishers seem to give up too quickly. If you head over to the Paizo store and look here you’ll see the store full of companies with a small (say under 10) number of products available. That says to me that the chaps running it have given up (which is jolly sad). I remember when I first started out, my first few month’s sales were absolutely terrible. But you have to remember the market place is jammed full of competition and it takes time for people to find you. (As an aside, I still get people emailing me saying things like “just found out about your company” and I’ve been going for three years!) You need to persevere and to keep plugging away.

A friend asked me a very similar question last week in that he asked me why I’d been so successful (at time of writing Raging Swan has something like 115 products available at the Paizo store). My rather trite, nutshell answer was that I plan to succeed by turning up. By that, I mean that I’m going to keep going, keep banging away releasing products and work as hard as I can to raise Raging Swan’s visibility.

You’re very transparent with your release schedule – a list of books due out months in advance. Why commit to such a busy schedule?

Because I have so many ideas and so many talented freelancers working with me and I have to keep them busy!

I commit and publish my release schedule so far in advance because I don’t see why I wouldn’t. For a normal Raging Swan product, it takes somewhere between 2 and 3 months to go from a design brief and contract to be on sale. Because I’m one of these dangerously organised and anal people I’m normally one month ahead of the release schedule in that the next month’s products are all sitting on my hard drive ready to go. Given that, I normally know four months in advance what I’ll be releasing; sharing that information with my customers is a no brainer for me.

I also much prefer releasing lots of small products as opposed to one large product. I personally find very focused products that deal with a particular subject much more valuable than a large rambling book. The benefits of doing so are legion! It makes budgeting easier, it helps me build product lines quickly (Dungeon Dressing, Tribes etc), gives me the chance to work with loads of talented freelancers and more importantly it gives Pathfinder gamers more chances to discover Raging Swan. After all, if I only release four products a year and they all focus on pirates if you are not using pirates in your game Raging Swan is pretty much useless to you. However, if I release 30 products on a variety of subjects in a year, chances are I’ve got something you’ll be interested in! 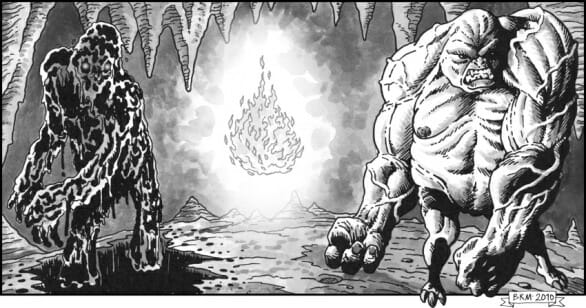 Looking beyond the published release schedule what might we see from Raging Swan in the next three years?

More modules! I love writing modules, but I rarely get the chance to sit down and bang out a decent-sized effort like Shadowed Keep on the Borderlands. I’ve had an idea for a megadungeon bubbling away in my mind for a year or so now and I keep thinking about starting to write it. It would be a massive undertaking, but one I’m not sure how much longer I’ll be able to resist.

Beyond that, I’m flirting with print in that Raging Swan has around a dozen print products available. The challenges of getting them into gamers hands – as opposed to selling PDFs – are proving difficult to overcome as I’d rather not lose money on the deal. I’d love to explore 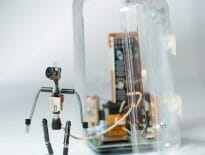 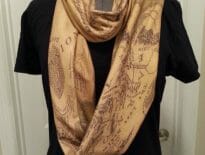