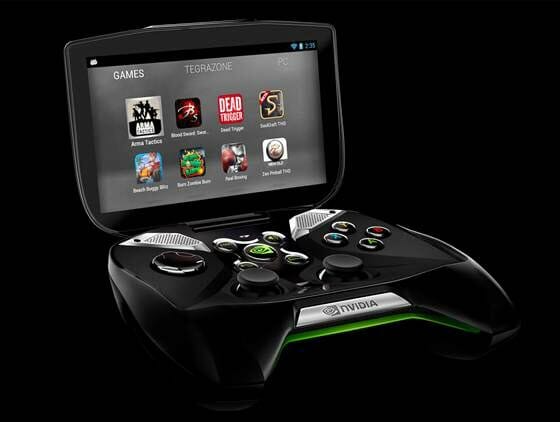 This might be the first surprise of CES. The chip maker Nvidia is stepping into gaming in a huge way. They’ll be making their own handheld gaming console – Project Shield.

Project Shield is a combination of a 5 inch touch-screen, joy sticks and buttons in a clamshell design. The handheld is designed to link to PCs so gamers can plug into the likes of Steam. As you would expect, there’s a Nvidia quad-core Tegra 4 chip in the mobile device.

This means the device is larger than a PlayStation Vita or a Nintendo 3DS but it has lots of raw horsepower.

Project Shield will run Android, Jelly Bean 4.2 in fact, but the resolution of the monitor and the ability to stream means there’s a large number of game options.

The demo showed the Shield device running Assassin’s Creed III and Need for Speed: Most Wanted. The handheld’s PC gaming capabilities are made possible via special pairing the Shield can do with PCs with Nvidia’s GeForce video cards.

The question is whether gamers want another device or whether their mobiles and tablets already have this role taken. Are you tempted by Project Shield?

Update: Here’s an early vid from the show. 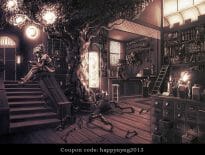 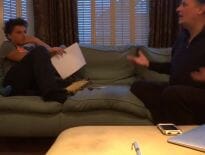 TV Steven Moffat interviewed by his son
wpDiscuzComment Author Info
Manage Cookie Consent
This site uses cookies 🍪, and links are ads that may earn bloggers some money 💰, and with this alert, I very much hope that these dark truths 🧌 are acknowledged.
Manage options Manage services Manage vendors Read more about these purposes
Preferences
{title} {title} {title}
Loading Comments...