You are here: Home / TV / Anime / All The Anime: Mysterious new anime distributor launches in the UK

The familiar aspect of the new company, one that will manage anime distribution for cinema and home release, is in the form of Andrew Partridge. Partridge established and makes a success out of Scotland Loves Anime which takes hot Japanese anime releases and golden oldies to cinema screens in Scotland. It has toured England. This is a good sign for Anime LTD’s desire to work with cinema distribution as well as DVD.

The mystery is in the company’s name. Anime LTD is the trading name. They have a Tumblr account at Anime-LTD.tumblr.com but there’s nothing there yet.

The plan is for the company to launch at the start of the year and share it’s brand name at that point.

There’s a natural instinct to try and guess what the new name might be. The domain name alltheanime.com is registered via a revolvingocelot.com email address but there’s nothing on that site, just a holding page and it feels like a personal domain just used for emails. AllTheAnime.com is also hosted by DreamHost and shares a server with Otaku-Girl.com, another holding page, but I can’t see Andrew Partridge naming his company that. Otaku Girl was registered in secret.

The site AllTheAnime.com is using a WordPress plugin called Ultimate Coming Soon Page which lets a site be developed, in secret, by users while the holding page is in place. That suggests a WordPress site will appear on AllTheAnime.com site although a domain swap is easy enough to do prior to launch.

As for Anime LTD’s plans; Andrew Partridge has given Anime News Network a good interview. In it he talks about the challenges of selling to the anime market in the UK; costs versus rewards. He makes the point that speed and agility is important. If a fan sub of a series comes out before the official subbed series, for example, sales get hurt hugely.

It also seems likely there will be a mix of new and old releases from “Anime LTD”. This isn’t new to anime; after all, we’ve just seen the release of Ninja Scroll. I suspect Anime LTD might be looking at building “collectors editions” behind some of the most famous anime of all time. That’s a good strategy, I think, for selling DVDs at a premium.

All The Anime: Mysterious new anime distributor launches in the UK 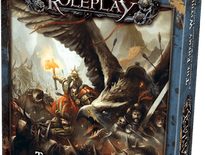 Tabletop & RPGs The Enemy Within returns for Warhammer Fantasy Rol… 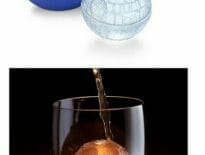