Yesterday Google rolled out a new feature on Google+ – communities. Communities let people chat and share around common interests. As you can expect there’s already a wealth of RPG communities as gamers tend to be early adopters. Here’s Google’s video that explains the concept.

It’s early days, so some communities might take off yet and others might wane a little but here are 10 worthy of a look. It’s worth keeping in mind that you can join and turn off alerts. I think the community feature will be very useful for gamers looking for group, gamers with rules mechanic questions and people brainstorming ideas.

This community was one of the first to be created and was set up RPG designer and author Clash Bowley. It’s worth checking out as it already has a healthy number of members, is well structured and has a focus on traditional roleplaying games.
[Join in]

Set up Tony Love, a graphic designer and roleplaying, this community looks as promising as the Roleplaying Games group and is just a fraction smaller.
[Join in]

Launched early on, about the same time as Bowley’s Roleplaying Games, RPG did well with recruitment. This community currently has the most members but there’s a split between computer RPGs and traditional tabletop games.
[Join in]

All about getting your game prepped…

A cracking idea for a RPG community; one that can be helpful and which some GMs might enjoy contributing too. This might be the sort of group that enjoys bursts of activity, being quiet until someone pops in with a challenge that the resident gamemasters help address.
[Join in]

Where people can go to game via hangout.

A good idea of a community and with plenty of members. This group is for those traditional roleplayers who use the non-traditional, but increasingly popular, Google Hangouts app to allow them to game over the internet.
[Join in] 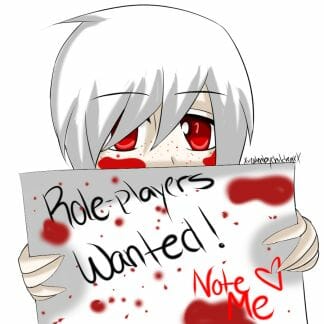 Tabletop Forge is a popular Google Hangouts app that allows GMs to run a game. Players connect in from different locations and play over the internet with a virtual board. Tabletop Forge has plenty of gamers as fans on Google+ and this community is a natural extension.
[Join in]

All things about the Fate RPG

This is an official group in that it was created by Fred Hicks of Evil Hat Games and Michael Pedersen. It’s a community for fans of the system that powers games like The Dresden Files.
[Join in]

An unofficial gathering of players and GMs

This group, not set up by Paizo, was one of the first game specific communities to be created and seems to be gathering members at a steady rate. Rather nicely, this community already has a sub-section for a discussion about homebrew and another for other settings. It looks likely that this community will be fairly open minded about the subjects discussed.
[Join in]

A community for all th ose Star Wars RPG fans out there. At the time this post went live this Star Wars RPG community was less than half the size of the Pathfinder group. Although that might just reflect the realative popularity of the games it is worth noting there is far more Star Wars boards and content on Pinterest than there is Pathfinder and I think Star Wars communities will now grow on Google+.
[Join in]

For people who blog about pen & paper roleplaying games

Already a popular group and founded by Michael Wolf of Stargazer’s World this is a group for RPG bloggers. It is a bit too early to predict what the topics in this community will likely be about; there’s always a risk that it becomes bloggers hawking their posts but Wolf is an experienced moderator and I would guess there will be attempts to coordinate blog carnivals.
[Join in]

The big RPG community is focused on tabletop RPGs — it just won’t let me edit the description to make that more clear for people. I guess Google is still working out some bugs. :)

Aaah! There was CRPG chat when I was checking it out but I suppose even reddit/r/rpgs still gets the occasional lost gamer.

Let’s hope Google rolls out some tweaks fairly quickly. I could revisit this at the end of the year and do a status update.

Yeah, it’s pretty erroneous to say there is a split. There really are just a few computer RPG people who jump on without reading any of the other posts. The vast majority of the discussion is pen and paper tabletop RPGs.

I’d like to call attention to a group that I help moderate:

Yeah, saw that only recently and thought what a great idea for a group. 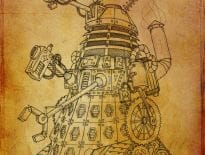 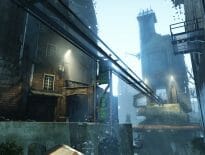