[This is AEG’s official press release]

This summer, AEG is proud to release its second officially licensed RPG, based on the wildly popular

Stargate SG-1 TV series currently airing on the Sci-Fi™ channel. This deluxe, full-color hardbound release will open up an entirely new universe of roleplaying opportunity, powered by the best-selling Spycraft d20 mechanics engine, and launch an entirely new game line that will continue for years to come. Now your agents can join the Stargate Command and venture beyond the stars, battling the forces of the evil Goa’uld System Lords!

“I love Stargate,” John Zinser, CEO of Alderac Entertainment Group, said. “I believe that it may very well be the perfect RPG property. Especially with the d20 revolution, the source material for what could be at the other end of a stargate is endless.”

“Very few high-profile properties are as well suited to Spycraft’s action-espionage mechanics and style of gameplay as Stargate SG-1,” Patrick Kapera, Brand Manager for AEG’s Spycraft and Shadowforce Archer game lines, said of the acquisition. “We expect that Spycraft fans and gamers old and new will find infinite possibility in this book.”

“SG-1 is a natural fit for role-playing games,” Rob Vaux, Brand Manager for AEG’s Swashbuckling Adventures and half the development team for the Stargate game line, said, “a small group of characters, linear style, a format that works for both simple adventures and extended campaigns. A lot of gamers have been excited about the possibilities of a Stargate RPG; we’re going to work hard to make sure it meets their expectations.”

“Stargate SG-1” is a trademark and registered trademark of Metro-Goldwyn Mayer Studios, Inc. All Rights Reserved.

“Spycraft” is a trademark or registered trademark of Alderac Entertainment Group, Inc. All Rights Reserved.

MGM Home Entertainment, a unit of Metro-Goldwyn-Mayer Studios Inc., controls the home video and DVD rights to the largest modern library of filmed entertainment in the world. The Company manages worldwide VHS and DVD distribution rights to United Artists and current MGM Pictures theatrical releases, as well as titles from the Orion, Goldwyn, and PolyGram libraries, totaling approximately 4,000 films. For more information about MGM Home Entertainment, its products, and services, access MGM online at http://www.mgmhomevideo.com.

Alderac Entertainment Group, Inc. (AEG) is an award-winning industry leader in the collectible card game and role-playing game markets. For more information on AEG, visit the company’s website at www.alderac.com. 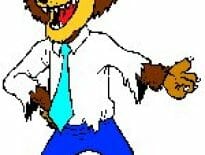