Fan of the Hellboy comics and movies? I thought Hellboy II was visually stunning and the Golden Army robots certainly played a huge part in that.

These Golden Army constructs have been crafted, out of LEGO, by Robot H (aka Robiwan Kenobi) and are just as impressive. Robert is a professional industrial designer from Germany, little wonder he can work up such impressive LEGO designs.

The golden army was my favorite so to have seen someone build one my mind was blown away.

It’s the glow that does it for me! so clever

It would also be a great part of a lego collection.

time to read: <1 min
TV Behind the special effects: Game of Thrones [spoil… 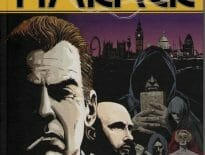