You are here: Home / TV / Doctor Who: Are the Weeping Angels attacking Earth, lights out across time?

This post is one in a series of speculation that follows the observation Are the Lights Going Out?.

Although this post is just speculation there is the risk of spoilers. This post does not only discuss the latest events in Doctor Who but discusses what the BBC has publically shared about season 7 episodes up until Christmas.

If you’re okay with the risk of spoilers then we’d love to hear your own theories and suggestions in the comments below. 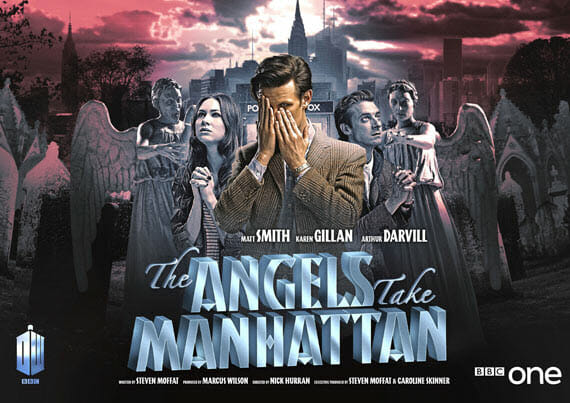 The fifth episode of Doctor Who this year, the one just before the Christmas special and the one in which we expect to see the last of Amy Pond and Rory Williams is called The Angels Take Manhattan.

The lights seem to be going out and surely the Angels would want that. The trailer post for The Angels Take Manhattan is dark too. No lights are on.

All the episodes so far and all the episodes up to Christmas are set on Earth, although at different times. The Angels are known to attack planets and have time abilities (they send people into the past and feed on that temporal energy).

Are you happy to accept the Angels as likely villains? There’s a phase 2 of this theory that involves the Ponds.

Remember why the Ponds broke up before Asylum of the Daleks? It was a row over Amy and her ability to have a child. Sure; River Song / Melody is their child but did they ever get to raise her?

We saw Melody Pond as a child while the Doctor and Ponds battled with the Silence. It happened around 1969 and then, later on, we watched as she finished regenerating. There is unaccounted for time in Melody’s life before that regeneration and when she became a toddler and grew up with the young Amy and young Rory. Who was looking after her?

Would it fit the Doctor Who feel if Amy and Rory did fall victims to the Weeping Angels in episode five, The Angels Take Manhattan, and – as the Angels do their victims – are sent back in time? Would it also fit if that then gives them the chance to raise Melody as their own child in 60s/70s Manhattan?

This is all speculation. Are there any clues?

In Dinosaurs on a Spaceship there’s an exchange between Amy and the Doctor that’s underlined by a long and rather pregnant pause. The Doctor tells Amy that she’ll be around for the end of him, she suggests vice versa – and there’s the pause as The Doctor wrestles with some emotion.

What does he know?

This Doctor, we discover, is about 300 years older than in series 6 too. He’s 1200. Is there anything to suggest that the episodes so far have been linear in the Doctor’s time line? They’ve just been linear in the Ponds life. This is a fact that seems emphasised by the mini-series Pond Life.

Does the Doctor quip about humans being so linear in A Town Called Mercy? Jex looks into Amy’s eyes and recognises that she is a mother and angry.

What do you think? Are the Angels turning off the lights across Earth (and time?) Will the Ponds be sent back in time to raise Melody / River?

Doctor Who: Are the Weeping Angels attacking Earth, lights out across time? 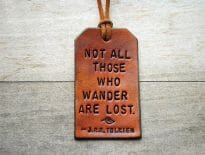 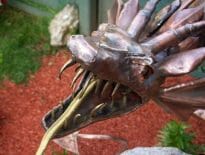