Ah – the sound of a gold coin being added to Mario’s wallet. It’s gaming culture. It’s right up there with jumping on creature’s heads, avoiding spikes and tracking down Peach.

It’s proper Nintendo nostalgia and perhaps that was the emotions and rational behind the shtick in The Super Mario Bros 2. The game is all about (rescuing Peach) collecting coins. If you manage to reach 1,000,000 there’s a prize. If you grab a gold ring then nearby enemies explode into coins.

The video below is an advert from Nintendo which really, clearly, puts the coin collecting front and centre. It’s part of a campaign called The Cold Rush and is currently the highlight of Nintendo’s Facebook page. Check it out.

As nostalgic as that may seem – Super Mario Bros 2 is a modern game too. For example, if a friend with a Nintendo 3DS and can play through the whole game with you on a local wireless connection.

There is another reason why the UK is getting pretty interested in the new Mario game – even those who may be too new to gaming to appreciate the coin collecting nostalgia. That’s due to Penelope Cruz dressing up as Mario. Nintendo UK have over a million hits on this video that’s only been online since the 14th.

Disclaimer: This article was sponsored by Nintendo, but the thoughts and words are my own. 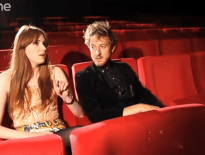