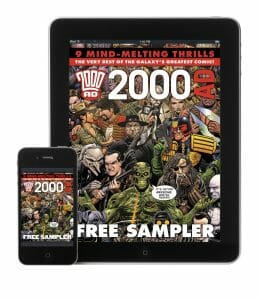 2000 AD, Judge Dredd’s native comic, was an early adopter on the digital comic scene and publishes, DRM-Free, PDF and CBZ downloads from their online store of the magazine every Friday.

This week they’ve stepped up a gear by making the comic available for iPhone and iPads.

“Making 2000 AD as accessible as possible is something we’ve been working towards for some time.

“For the first time we can offer easy, quick digital subscriptions so that readers can download the latest issue with a single push of a button.

“If you’ve ever had trouble getting hold of the latest 2000 AD, don’t like waiting for the physical Prog to reach your shores, or you just want the ease of having digital copies then our new app is ideal.

“With the DREDD 3D film coming in September and amazing storylines from some of the top talent in the industry, there’s never been a better time to subscribe to 2000 AD.”

The comic hits iOS in a number of ways.

The Dredd 3D movie will (hopefully) be big for 2000 AD. The first ever 2000 AD National Signing Event kicks off on the 1st of September – days ahead of the cinematic release.

Names like Dave Gibbons, Simon Bisley, John Wagner, Al Ewing and Alec Worley will be attending signing events across the UK. The Forbidden Planet stores in London, Bristol, Birmingham and Edinburgh along with the Travelling Man stores in Leeds and Manchester are taking part. 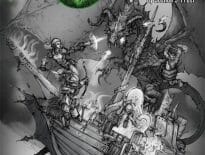