However, it’s called Barry Sonnenfeld’s Dinosaurs Vs Aliens because The Men in Black director always planned to turn the series into a motion comic. That’s what he and Liquid Comics have done.

Motion comics are partial animations. They’re online comics with some motion or, if you will, limited animations. It’s enough of an effect to tell the story – and, sometimes, as you get with Dinosaurs Vs Aliens you get a fantastic audio narrative.

The plot follows the last survivors of an alien race as they are forced to land on a small blue-green planet during the time of the dinosaurs. 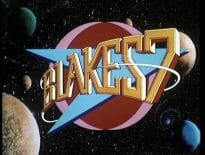