Pirate Storm is a free to play online game from BigPoint. It’s a browser game which allows both PvP and PvE battles – battles against other pirates and monsters.

The game isn’t all about straight ship battles, though. There are some 100 quests and players can customise both their chip and their character. Pirate Storm supports guilds and grouping systems so friends can team up to form their own armada.

BigPoint, the German company behind the free to play game, is also responsible for the Battlestar Galactica Online action game as well as a number of RPGs – including Kultan, another seafaring adventure. The main difference between Kultan and Pirate Storm is that Pirate Storm (just like Battlestar Galactica) has more emphasis on the action rather than the roleplaying elements. 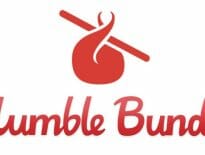